Travis Barker is an incredibly influential celebrity who can help your business gain brand awareness. Travis Barker is loved by millions of fans from all over the world and is one of the biggest names in the music industry. He is the perfect choice for your next campaign or event.

Talent Connect can help you book Travis Barker for a private party, corporate event, brand endorsement, and more! While Talent Connect does not directly represent the celebrity contacts in our ever-growing pool, we have the experience and the network to help you get in touch with Travis Barker agent or manager.  With our dedicated service, you’ll have the opportunity to promote your business through a well-known personality like Travis Barker. Just plan your campaign or event, and we’ll make it happen. 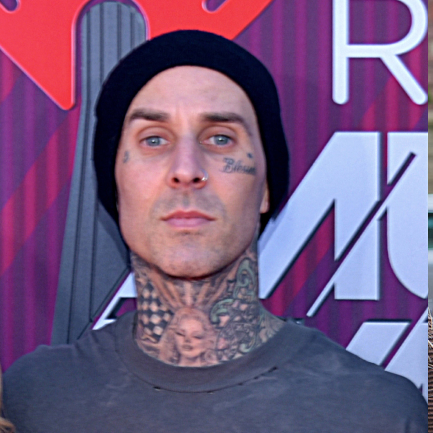 After high school, Travis worked as a trash man and played with some bands. It was around this time that he met Chad Larson, with whom he would co-found Aquabats, a ska punk group. In 1997, the group released their first record, “The Fury of the Aquabats.” However, shortly after, Travis Barker was enlisted to fill in for Scott Raynor, a drummer who had just left the rock band, Blink-182.

Aside from being a part of the wildly successful punk rock group, Travis Barker also founded a clothing company called “Famous Stars and Straps” and a record label called “LaSalle Records.” Travis has millions of fans and admirers from all over the world, as seen in his strong following on Instagram (6.5M followers) and Twitter (1.5M followers.)

How can I book Travis Barker?

With a top-notch talent agency like Talent Connect, booking high-profile celebrities has never been easier and more efficient. When it comes to media engagements, brand endorsements, or other types of events, we handle all the details so you don’t have to. If you would like to book Travis Barker, our dedicated team will be happy to help!

How can I get in touch with Travis Barker for media inquiries?

Celebrities such as Travis Barker are usually open to various media inquiries. It can, however, be challenging to establish a connection due to numerous communication barriers – such as outdated or false contact information. You can rely on our team of experts to ensure that you avoid these blocks and establish your connection successfully. In this way, you’ll be able to book Travis Barker for virtual events, podcasts, TV appearances, magazine features, and more!

Travis Barker’s management typically accepts opportunities for brand endorsements, media appearances, and so forth. Unfortunately, due to busy schedules, numerous requests from various sources, and unintentionally missed messages, it can be challenging to get in touch with Travis Barker agent or Travis Barker manager.

Our team is here to help! Our vast industry knowledge and connections will allow us to serve you efficiently and effectively. In no time at all, you’ll be able to contact Travis Barker’s management.

What is Travis Barker’s booking fee?

Just like other high-profile celebrities, Travis Barker’s booking price depends on a number of factors, such as the following:

However, for in-person events, you might need to pay for travel costs, hotel accommodations, and transportation to and from the venue. We can provide you with a detailed list of all these costs so that you won’t encounter any surprises. To learn more about Travis Barker booking price, reach out to our team.