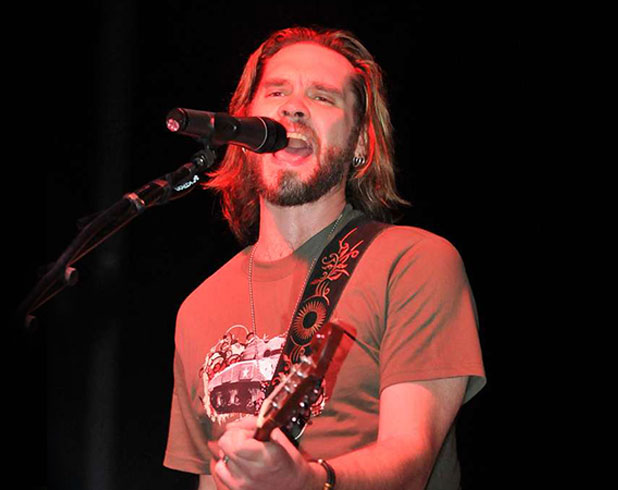 Bo Bice burgeoned to stardom the moment he stepped through the doors of American dol’s fourth season in 2005. After winning over the judges during the audition stage, he proceeded to win over viewers’ attention throughout the run of the season. Due to his striking vocal range and rock-influenced musical style, Bo Bice made it all the way to the finale of the reality show and finished as the first runner up to Carrie Underwood. After the conclusion of American Idol, he ventured into a solo career that consisted of his very own albums and music that charted high up in the Billboard Hot 100. Bo Bice’s vocal and musical instrument mastery are just a few of the elements that make him the perfect ambassador for your next campaign or event.

If you are looking to book Bo Bice for your events or campaigns, Talent Connect is here to make it happen! While our agency does not directly represent our vast and diverse pool of celebrity contacts, it is our team’s objective to help you get in touch with Bo Bice’s agent or manager. Talent Connect is dedicated to assisting you to achieve promotional success for your business, product, or services via celebrity endorsements from famous personalities, like Bo Bice. You build the campaign, and we’ll spark the connection. 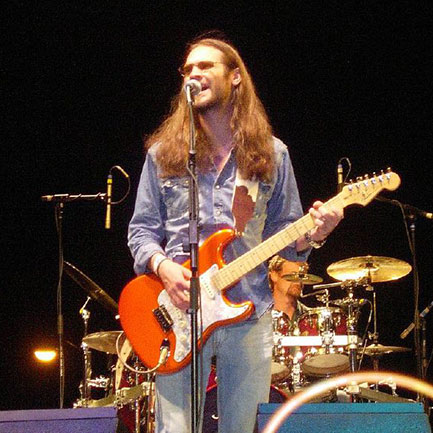 Bo Bice was born on November 1st, 1975, in Alabama, USA. Growing up in a musical family, it was no surprise that he would eventually become a professional musician himself. With his band called “Purge”, he released his debut album in 1995.

Come 2005, American Idol’s fourth season was in full swing, and it was the perfect opportunity for Bo Bice to take his rock music skills to the global stage. Auditioning with the song, “Whipping Post” by the Allman Brothers Band, the rock musician took the judges and America by storm. Among the most noteworthy songs that he performed during the run of the show were “God Bless the USA” by Lee Greenwood, “I’ll Be” by Edwin McCain, and “It’s a Great Day to Be Alive” by Jon Randall.

Using his stellar guitar skills and textured vocal prowess to his advantage, Bo Bice serenaded his way all the way to the finale of the competition, wherein he took the stage with a rendition of “Inside Your Heaven” and finished second place after Carrie Underwood.

After the massive success of American Idol season 4, Bo Bice was signed to RCA Records and embarked on a thriving solo career. His debut single was his version of “Inside Your Heaven”, which climbed to the number two rank on the Billboard Hot 100. Within the same year, the track was certified Gold.

Transitioning from a soloist into part of a group, Bo Bice established his own band under the name SugarMoney. The band performed a myriad of shows, including a benefit concert for the victims of Hurricane Katrina. His charitable efforts earned him the title of “Heartland Hero of the Week”. Additionally, he was also awarded the “Jim Croce 20th Annual Music Award” due to his stirring performance of “Time In a Bottle” on the American Idol stage.

How can I book Bo Bice?

Talent Connect’s objective is to connect our clients with famous artists and musicians, such as Bo Bice, in order to book them for a wide variety of business engagements and events. This includes media appearances, brand endorsements, corporate events, private parties, speaking engagements, and more. If you would like to book Bo Bice, one of the most talented singers in the world, our team will be happy to make it happen!

How can I get in touch with Bo Bice for media inquiries?

While most premier musicians, like Bo Bice, are keen on responding to media inquiries, you may encounter a couple of deterrents in making a successful connection. The most common issue is obtaining inaccurate or outdated contact information. That’s why Talent Connect is here to ensure that you are protected from these inconveniences with our quality services and reliable industry contacts. Book Bo Bice for various media appearances, such as virtual events, TV appearances, podcasts, speaking engagements, magazine articles, and more!

The management team of musicians is very open to opportunities from businesses and organizations. However, communication gaps are unpredictable and can occur at any time. By having inaccurate contact information or catching them during a busy time, messages could easily be overlooked. If you need to get in touch with Bo Bice’s agent or manager quickly and efficiently, our experienced team of professionals can make all the necessary arrangements for you. Talent Connect combines expertise in connecting celebrities to our clients with a vast pool of industry contacts to spark the connection you are looking for. Reach out to our office today for comprehensive booking information.

What is Bo Bice’s booking fee?

Much like most athletes and celebrities, Bo Bice’s booking fees may vary depending on a variety of elements, including:

There may also be additional costs that are not included in the flat rate. This includes factors like transportation expenses and hotel accommodations. For more information about Bo Bice’s booking fees and schedules, please contact our office.