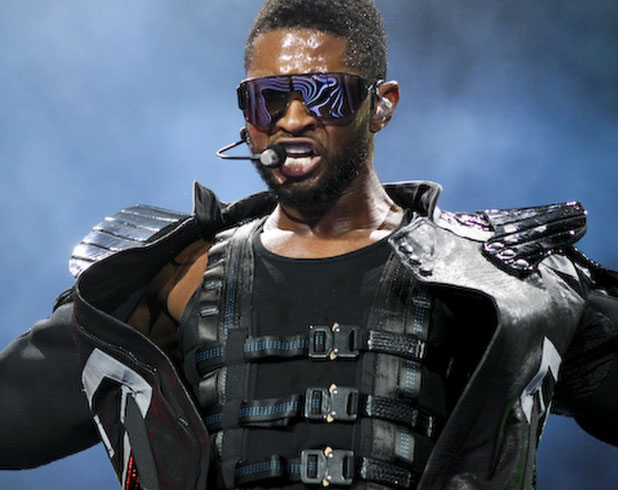 Having earned nine number-one singles so far and eighteen Billboard Music Awards, it’s no surprise that Billboard placed Usher on the 14th spot on their “Greatest of All Time Hot 100 Artists” list. The eight-time Grammy winner has sold over 80 million records worldwide, and has even earned a prestigious star on the Hollywood Walk of Fame.

Booking the world’s most popular musicians for events or endorsements has never been easier with Talent Connect. We don’t directly represent the artists in our growing roster, but our wide network of industry contacts enables us to instantly connect you with celebrities. Talent Connect is your reliable source for Usher’s contact info.

After years of joining singing competitions as a child, Usher released his self-titled debut album in 1994. It was with the release of My Way (1997) that the singer began to rise to stardom. The track Nice & Slow from the album went on to become Usher’s first number one single on the Billboard Hot 100.

In 2001, the track “U Remind Me” scored Usher his first Grammy for “Best Male R&B Vocal Performance”. The release of the album Confessions (2004) led to even more mainstream success for the singer as it produced the number-one singles Burn and My Boo, and sold over 20 million copies globally. This was followed up by three other Billboard 200 chart-topping albums Here I Stand (2008), Raymond v. Raymond (2010), and Looking 4 Myself (2012).

With the 2020 release of the single Bad Habits, the singer-songwriter continued his chart-topping streak as the track secured the number one spot on the Billboard’s US Adult R&B Songs chart.

How can I book Usher?

How can I get in touch with Usher for media inquiries?

As a premier booking agency, we’re your most reliable source for Usher’s contact info. To start booking Usher for appearances, like magazine feature articles, virtual events, podcasts, and TV appearances, just reach out to Talent Connect. We’ll get you in touch  with Usher’s agent or manager.

Our team can establish a reliable connection between you and Usher’s management team. We’re here to kickstart a hassle-free booking process.

What is Usher’s booking fee?

Aside from the flat booking price, other expenses like travel costs, hotel accommodations, and transportation for in-person events would need to be shouldered as well. Reach out to Talent Connect to know more about Usher’s contact info and other booking details!