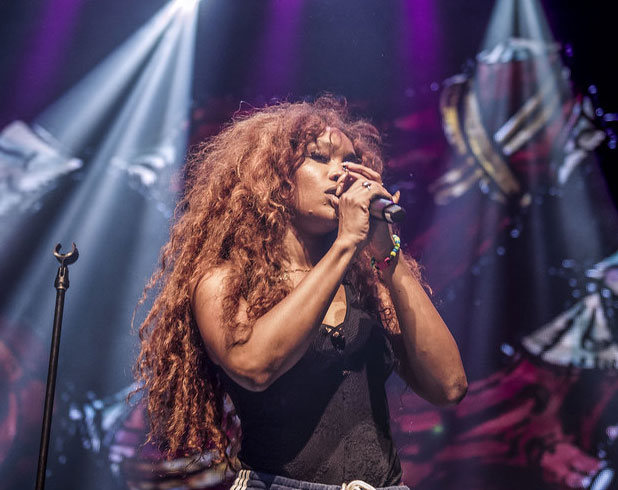 Teaming up with the right celebrity for your next campaign is a go-to strategy to build immense brand visibility. SZA is one of the most popular R&B singer-songwriters of the music industry. Thanks to her distinct vocals and catchy tracks, she’s constantly taking over the charts. As a songwriter, she’s worked on tracks for other artists such as Rihanna, Nicki Minaj, Beyonce and more.

If you need to contact SZA’s agent or manager, our team can make the connection. Although Talent Connect does not directly represent the celebrities in our vast database, we can provide you with the necessary contact details of their management. Our team will get you through the booking process for business, product, or service endorsements. 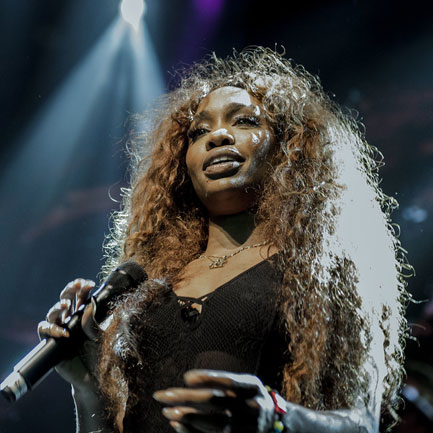 SZA was born in St. Louis, Missouri on November 8th, 1990. Before becoming a professional musician, she actually trained as a gymnast for 13 years. In 2012, she independently released “See.SZA.Run”, her debut EP. The following year, SZA released another EP called “S”.

Her two self-released EPs ended up receiving a ton of attention in the music industry. This resulted in SZA signing with Top Dawg Entertainment in 2013. She became the first female artist to ever be signed to the label. That same year, SZA released the song “Teen Spirit” — with a remix version featuring rapper 50 Cent released shortly after. SZA continued to collaborate with many different artists, including Chance The Rapper on the song “Child’s Play”.

“Z”, her first studio EP, dropped in 2014. It secured a spot on the US Billboard 200 at number 39. The record was a stand-out in its genre and charted at number 9 on the Billboard Hip-Hop/R&B chart. Later on, SZA began writing for some of the biggest artists in Hollywood. She co-wrote the track “Consideration” on Rihanna’s 2016 album “Anti”. Later on, she gave a  stellar performance of the song with Rihanna at the 2016 Brit Awards.

SZA’s much-anticipated debut album, entitled “Ctrl” debuted at the number 3 spot on the US Billboard 200 in 2017. The platinum single “Love Galore” from the album made it to the top 40 of the Billboard Hot 100 chart. Time even named “Ctrl” as the best album of 2017. In the same year, SZA and Maroon 5 collaborated on the single “What Lovers Do”. This pop radio staple ended up being her first top 10 hit on the Billboard Hot 100 chart. She followed this up with the release of “Quicksand”, a soundtrack on the HBO series “Insecure”.

SZA dominated the 2018 Grammys when she received the most nominations among all the female artists that year. The rising-star received a total of 5 nominations including “Best New Artist”.

With the release of “All The Stars”, featuring Kendrick Lamar, SZA marked her debut in the world of cinematic soundtracks. “All The Stars” was the lead soundtrack of the 2018 Marvel film “Black Panther”. The song was an undeniable bop and peaked on the Billboard Hot 100 chart at number 7. In 2020, she once again lent her vocals to the soundtrack of a film, “Trolls World Tour”. This marked one of her biggest collaborations to date as “The Other Side” featured best-selling artist Justin Timberlake as well.

In the latter part of 2020, the singer released the single “Good Days”. Peaking at number 9, this marked SZA’s first single as a solo artist to make it to the top 10 on the Billboard Hot 100. From the looks of her achievements, all the stars are evidently on SZA’s side — and she’s only just begun.

How can I book SZA?

Whether you need to book an artist for brand endorsements, speaking engagements, media appearances, corporate events, or private parties, Talent Connect will help you get in touch. Contact our team and we’ll help you reach out to some of the biggest celebrities in Hollywood!

How can I get in touch with SZA for media inquiries?

To avoid delays in your campaign caused by inaccurate contact information, you can rely on Talent Connect. Contacting big names in the industry isn’t usually easy, but we always make it a simple process. Booking artists for media appearances, including magazine feature articles, TV appearances, virtual events, and podcasts, etc., can be done with our reliable industry contacts. Reach out to Talent Connect to get in touch with SZA’s agent or SZA’s manager.

Usually, the management of artists is responsive to business and organization inquiries. However, if you don’t have the right information, a failure of communication can occur. With Talent Connect, you can avoid obstacles like this. Reaching out to SZA’s agent or manager is straightforward with our dependable contacts.

What is SZA’s booking fee?

The booking fee of a celebrity depends on a number of factors. These include:

Travel expenses, hotel accommodations, and transportation for in-person events would add up to the flat booking rate as well. Contact the Talent Connect team to know more about the booking fee of SZA.