Brands, services, products, and events attract more attention when endorsed by a popular celebrity or public figure. If you have been wanting to amplify your brand or event, then we can connect you with in-demand celebrities, such as Post Malone.

Talent Connect is a first class booking agency that specialises in making the connection between our valued clients and prominent celebrities for your next corporate event, private occasion, non profit affair, influencer marketing endeavor, or speaking engagement.

Our organisation has established well-founded services that aim to help you promote your business, brand, services, and products via celebrity endorsements. As the leading entertainment booking agency in the industry, you can count on our network of influence in order to connect you to the right person in order to deliver optimal results. Talent Connect facilitates your requests directly to the artists’ management teams while providing top tier VIP treatment to our clients.

While Talent Connect does not directly represent the artists, we do have prominent business ties that we utilize to spark connections between our clients and artists.

Among other popular acts, we can secure a connection with Post Malone and his team.

Post Malone is a mainstream singer, rapper, and record producer. The 25-year-old soared to fame due to his masterful handle on combining genres and releasing music with pensive lyrics and catchy melodies. 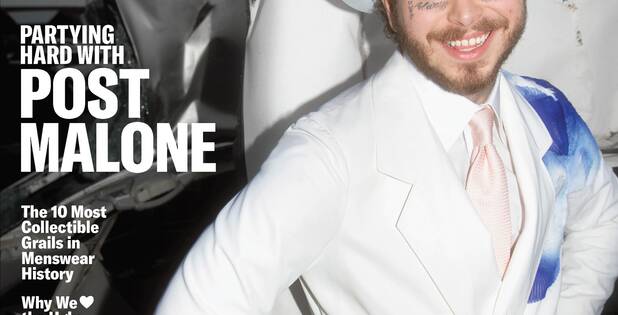 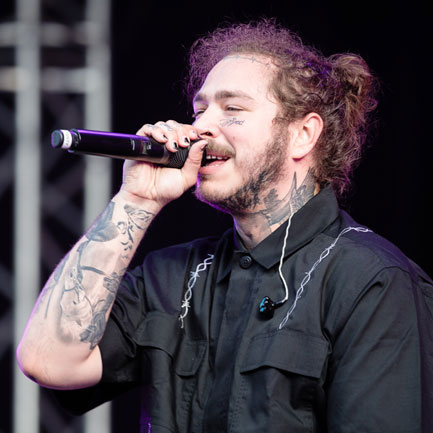 Post Malone is an American singer, rapper, record producer, and songwriter, who has risen to stardom by means of his profound hard-hitting lyrics and crisp vocal prowess. He has made his mark in the entertainment industry by fusing multiple genres and warping them into a whole new classification of music. This includes pop, trap, hip hop, R&B, rap, and rock.

Post Malone first won over the recognition of listeners and music fans through his debut single, White Iverson.  The track was re-released as an official single when the singer signed a record deal with Republic Records in 2015.

In 2016, Post Malone launched his debut album, Stoney, which was highlighted by the hit single, Congratulations. The single set the record for the most weeks on the US Billboard R&B/Hip-Hop Albums chart. His second studio album, Beerpongs & Bentleys, was released in 2018, and debuted at the number one spot of the Billboard 200 chart while breaking multiple streaming records at the same time. The album was also nominated for Album of the Year at the 2018 Grammy Awards. His third studio album, Hollywood’s Bleeding, was launched in 2019, and featured tracks that were strongly influenced by indie pop.

Aside from producing chart topping hits, Post Malone has had his fair share of phenomenal collaborations with equally talented artists, like Swae Lee, with whom he released the song, Sunflower. The track was used as the official soundtrack for the film, Spiderman: Into The Spiderverse, and swiftly climbed to the top of the Billboard Hot 100 chart.

One of his most recent hit songs, Circles, managed to remain within the top 10 of the Billboard Hot 100 for a whopping 39 weeks.

Post Malone has also successfully progressed into acting on the silver screen. In 2018, he lent his voice to a Brooklyn Bystander character in the animated film, Spiderman: Into the Spiderverse. He kicked it up a notch when he took on the role of Squeeb in the 2020 action/comedy movie, Spenser Confidential.

Post Malone’s prestigious and prolific career ventures in both the music and film industry showcase that he is a true force to be reckoned with.

Talent Connect consists of a professional team of booking agents who are dedicated to providing high quality services that connect clients and reputable artists, like Post Malone.

If you would like to book Post Malone for media appearances, private occasions, influencer marketing projects, corporate events, non profit events, or speaking engagements, you can count on Talent Connect to seamlessly make the arrangements for you.

It is our foremost purpose to provide you with comprehensive information on artists’ availability and booking fees. Give us a call or reach out via email to learn more about our services or for further assistance regarding your booking queries.

How can I get in touch with Post Malone for media inquiries?

Connecting with artists, like Post Malone, is now easier and more convenient than ever thanks to the influential reach of Talent Connect. With our outstanding booking services, we are properly equipped to yield optimal results to our valued clients. Reach out to Talent Connect for updated information on scheduling, booking fees, and other booking-related details.

Contacting Post Malone’s management is one method to get your business request across, but why bother to handle the entire process by yourself when you can let Talent Connect take the reins for you?

At Talent Connect, we certify consistent and efficient results, so you won’t have to worry about making all the arrangements on your own. Give us a call today for more information on our artist booking services.

If you want to book Post Malone for your brand endorsements or upcoming events, there will be a number of factors to take into account before finalising any booking fees. This entails elements such as scheduling and the type of event in question.

Reach out to Talent Connect for comprehensive information on booking prices and other essential details about Post Malone or other high calibre artists to take your next event to new heights.