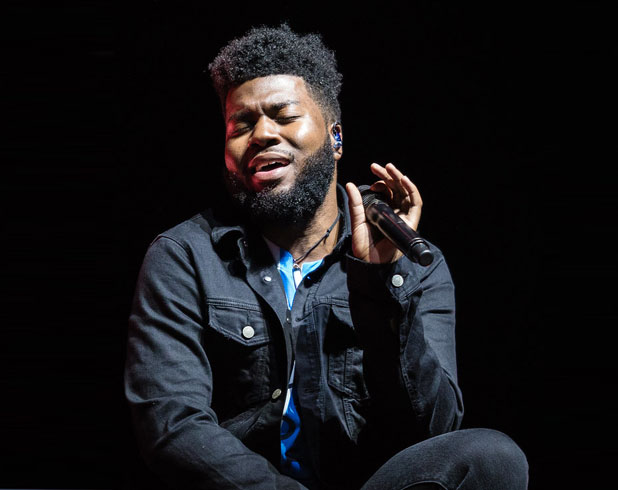 Sometimes, all your brand needs is a dose of “Youth” and “Free Spirit” to climb its way to recognition. Khalid is an R&B chart-topper behind the hit-songs of these titles. Fresh out of high school, the singer quickly dominated the charts and broke music industry records. The “Young, Dumb & Broke” singer has 6 Grammy nominations so far and was the “Top R&B Artist” at the 2020 Billboard Music Awards. With 8.22 million Youtube subscribers and 7.5 million Instagram subscribers, Khalid is one of the music industry’s most recognizable names.

Booking Khalid for an event or campaign starts right here with Talent Connect! Our team does not directly represent the celebrities in our vast database, but we have the contacts necessary to make the connection. Get in touch with our team and we’ll help you reach out to Khalid’s agent or manager for celebrity endorsements. You’ll have the freedom to focus all your attention on your campaign while you leave the booking process to us! 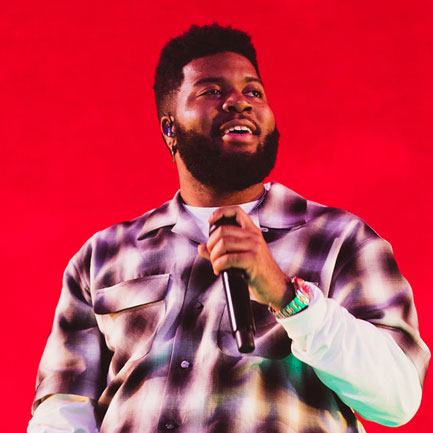 Khalid was born in Fort Stewart, Georgia on February 11, 1998. He was in high school when he first started making music. Initially, Khalid used SoundCloud as a platform to get his music out into the world. The stars soon aligned perfectly for this R&B artist, as his single “Location” quickly received a lot of attention from the public. The track ended up on the US Mainstream R&B/Hip-Hop Airplay chart at #20 and the US Hot R&B Songs chart Top 10.

His next single, “Young, Dumb & Broke”, became a worldwide hit and was #1 on the Billboard R&B Songs chart for 11 weeks. The track was a pop radio staple no one could resist vibing to. Soon, Khalid was featured on Logic’s single “1-800-273-8255” alongside Alessia Cara. This track, which aims to raise awareness on the National Suicide Prevention Lifeline, ended up charting at #3 on the Billboard Hot 100.

All this popularity gave way to Khalid’s first tour being a massive success. Across 21 cities, every single venue of his 2017 Location Tour was sold out. He capped off this tour with the release of his debut studio album “American Teen” in 2017. Aside from the album selling a million copies, it received a double nod at the 2018 Grammys. “American Teen” received a nomination for “Best Urban Contemporary Album”, and the single “Location” was nominated for “Best R&B Song”.

2017 just kept getting more phenomenal for Khalid as he won “Best New Artist” at the VMAs. Khalid also got Jimmy Fallon’s seal of approval and made his television debut on “The Tonight Show” with a performance of “Location”. That same year, Khalid became an international multi-platinum selling artist after his single “Silence” featuring Marshmello entered the charts in over 28 countries.

The following year, he appeared on the soundtrack of the Marvel flick “Black Panther” with the song “The Ways” featuring Swae Lee. Another soundtrack made its way onto Khalid’s impressive resume with the release of “Love Lies” featuring Normani. The song was made for the movie “Love, Simon” and made it to the top 10 on the Billboard Hot 100.

In 2018, Khalid was part of an epic collaboration with Shawn Mendes. Their song “Youth” was an empowering track that referenced social and political issues in 2018. The two chart-toppers gave a historic performance of the song at the 2018 Billboard Music Awards. That same night, he took home the award for “Top New Artist”.

Khalid’s sophomore album “Free Spirit” dropped in 2019 and debuted at #1 on the US Billboard 200. A succession of milestones soon unfolded in Khalid’s career, as it was his first album to reach #1. At the same time, he changed music history by becoming the first artist ever to occupy every single spot in the top 5 of the Billboard R&B Songs chart. Khalid dominated Spotify with this album and became the platform’s biggest global artist with over 50 million monthly listeners in May 2019.

His latest single “Eleven” featuring Summer Walker was released in May 2020. The “Fast & Furious” themed music video has garnered over 12 million views so far. With all the popularity Khalid has gained from his music, he also uses his huge platform to give back. Through the Great Khalid Foundation, he supports music programs and scholarships in underserved communities. Through his meaningful music and good deeds, this chart-topper is inspiring and empowering the youth to take charge and change the future.

How can I book Khalid?

If you’re looking to book Khalid for brand endorsements, speaking engagements, media appearances, corporate events, or private parties, Talent Connect can assist you in the process. Getting in touch with the world’s biggest celebrities is our expertise. Contact our team and we’ll make the connection between you and Khalid’s agent or manager.

How can I get in touch with Khalid for media inquiries?

When building a campaign, you want to make sure everything goes as planned. This includes avoiding obstacles in the booking process. Every now and then brands could run into problems like receiving incorrect or outdated contact information. Talent Connect’s reliable industry contacts will help you stay on track and quickly get you in touch with Khalid’s agent or manager for a wide range of media appearances like magazine feature articles, TV appearances, podcasts, virtual events, and more.

When trying to get in touch with celebrities, some companies encounter communication failures. Talent Connect knows how time-consuming these obstacles can be. You won’t need to worry about these hindrances with the help of our team! With our reliable contacts, getting in touch with Khalid’s agent or Khalid’s manager is trouble-free. Booking celebrities has never been easier.

What is Khalid’s booking fee?

Khalid’s booking price depends on factors such as:

Aside from the flat booking price, there may also be other expenses like hotel accommodations, travel costs, and transportation for in-person events. For more details on Khalid’s booking fee, contact the Talent Connect team!