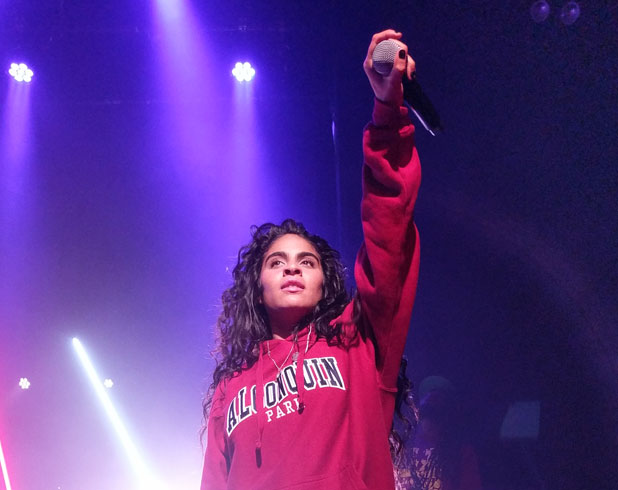 Having the right ambassador can do wonders for your brand awareness. Jessie Reyez is one of the brightest rising stars in the music industry. She’s a platinum R&B singer-songwriter who’s had high-profile collaborations with Eminem, Calvin Harris, Sam Smith and Normani. Jessie’s songs were also featured on the soundtracks of films such as The Lion King: The Gift and Fifty Shades Freed.

With 2.2 million followers on Instagram, 1.1 million Youtube subscribers, and a prestigious Grammy nomination, Jessie Reyez is quickly taking over the music scene and social media. Collaborating with a popular artist like her is one of the best campaign strategies that companies all over the world are turning to.

If you want to book Jessie Reyez for a celebrity endorsement for your business, product, or services, Talent Connect can make it happen! Talent Connect does not directly represent the artists in our large-scale database, however, we will help you get in touch with Jessie Reyez’s agent or manager. Reach out to our team and we’ll assist you in contacting the biggest celebrities for your next campaign! We’ll take care of the booking process while you focus on your campaign elements. 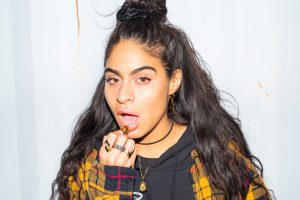 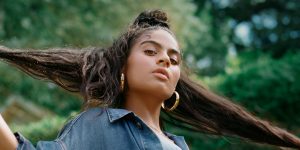 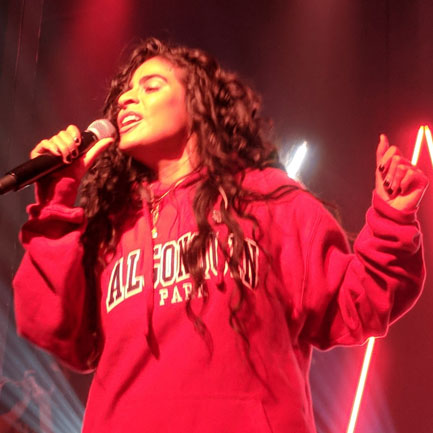 Jessie Reyez was born on June 12, 1991, in Toronto, Canada. As a child, she was taught how to play guitar by her father. By the time she was in high school, Jessie started writing her own music. In 2014, she was accepted into The Remix Project’s Academy of Recording Arts. It was here that she met King Louie, with whom she released her first single “Living in the Sky”.

2017 saw the release of her single “Shutter Island” for which she received iHeart Radio Much Music Video Award nominations for “Fan Fave Video” and “Best New Canadian Artist”. That same year, she opened for PartyNextDoor during his European tour.

Jessie Reyez earned triple platinum status through her 2017 hit single “Figures”. The track premiered on Beats 1 Radio and peaked at number 58 on the Canadian Hot 100. 2017 was quickly becoming Jessie’s breakout year as she released her debut EP, “Kiddo”. The album peaked at #83 on the Canadian Album Chart.

Soon, Jessie started performing “Figures” at some of the world’s biggest shows including “The Tonight Show Starring Jimmy Fallon” and the 2017 BET Awards. High profile collaborations started pouring in like 2017’s “Hard To Love” featuring Calvin Harris, “Promises” featuring Sam Smith and Calvin Harris once again, and “One Kiss” by Dua Lipa.

In 2018, Jessie was one of the opening acts for Halsey’s worldwide “Hopeless Fountain Kingdom Tour”. At the 2018 MTV Music Video Awards, she was nominated for “Push Artist of the Year”. No wonder Billboard named Jessie as one of the “10 Hip-Hop and R&B Artists to Watch in 2018”!

Jessie charted on the Billboard Hot 100 through her collaborations with legendary rapper Eminem on the songs “Nice Guy” and “Good Guy” in 2018. A year later, Jessie co-wrote the song “Scar” which appeared on The Lion King: The Gift. That same year, the singer also made a cameo in the Netflix film “Someone Great”.

Jessie was the opening act for some stops of Billie Eilish’s 2020 “Where Do We Go? World Tour”, for which some shows have been postponed due to the pandemic. In March 2020, her first full-length album “Before Love Came to Kill Us” was released and included collaborations featuring Eminem and 6lack. It became a worldwide hit and debuted at #13 on the Billboard 200!

2020 was a big year for Jessie as she also made an appearance in Beyonce’s musical film “Black Is King”. With the success of her albums, singles, soundtracks, and even some film appearances, Jessie is quickly becoming one of Hollywood’s most in-demand artists.

How can I book Jessie Reyez?

It’s not always easy to reach out to celebrities, but Talent Connect gets the job done. We’ll take care of the booking process for brand endorsements, media appearances, speaking engagements, corporate events, or private parties. Contact our team and we’ll help you book Jessie Reyez for your event!

How can I get in touch with Jessie Reyez for media inquiries?

If you want to get in touch with celebrities, it’s common for obstacles to occur. These may include having false or outdated contact information. But with Talent Connect, you can easily avoid all of these roadblocks. Our reliable industry contacts are sure to get you in touch with Jessie Reyez’s agent or manager in a timely and efficient manner. Whether it’s for media appearances like magazine feature articles, podcasts, TV appearances and virtual events, etc., we’ll make it happen!

The management of musicians is often very responsive to inquiries from organizations and businesses. However, failure to communicate can sometimes occur. To avoid such delays, reach out to Talent Connect. Contacting Jessie Reyez’s agent or Jessie Reyez’s manager is easy with the help of our team. Our reliable network of contacts makes booking an artist easy-breezy.

What is Jessie Reyez’s booking fee?

The booking price of Jessie Reyez depends on factors such as:

In addition to the flat booking rate, there may also be other costs which include travel expenses, hotel accommodations, and transportation for in-person events. For more information on the booking fee of Jessie Reyez, contact the Talent Connect team!