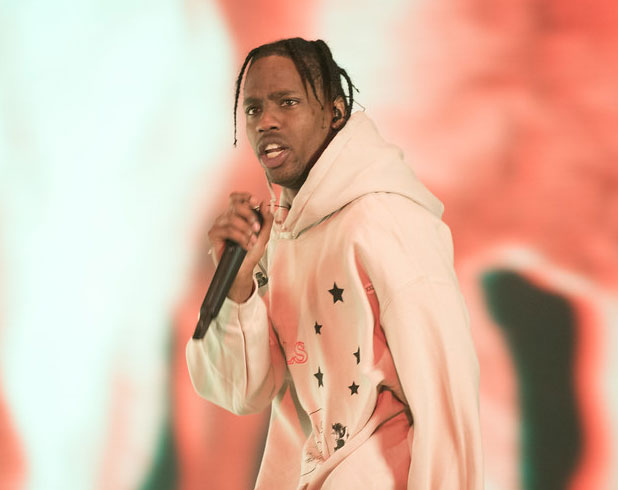 Have you always wanted to book top tier celebrities, like Travis Scott, to be the face of your brand, partner with you for influencer marketing, make an appearance at your next private event, corporate party, non profit affair, or speaking engagement? Then you need to enlist the services of a dependable booking agency who can make it happen for you. At Talent Connect, we specialize in making the connection between our clients and artist management teams for flawless collaborations.

Our agency has extensive experience in providing services that help you promote your brand and business through celebrity endorsements. As the premier celebrity booking company in the industry, you can count on us to expedite your business proposals and booking requests to the artist’s manager. Aside from creating a seamless bridge of communication, we also guarantee that all our valued customers receive the VIP treatment from start to finish. While our agency does not represent Travis Scott directly, it is our intent to foster a connection between our clients and talent representatives.

At Talent Connect, we can help you book Travis Scott for your upcoming events and brand endorsement endeavors. Travis Scott is a singer, rapper, songwriter, and record producer. The showbiz sensation has risen to fame thanks to his unique musical style that combines lo-fi, ambient, and hip-hop music.

Interested to learn more about our elite booking services? Reach out to Talent Connect for more information. 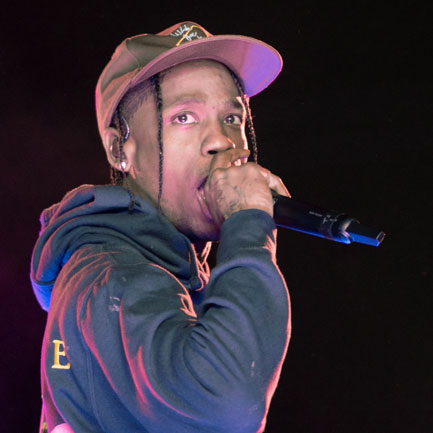 As one of the most renowned musicians of this generation, Travis Scott has made his mark in the hip-hop music scene with his unique style, which is a unique blend of hip-hop, lo-fi, and ambient music. The start of his acclaimed career took place in 2012, when he signed his major label contract with Epic Records, a subsidiary of Sony Corporation. Within the same year, he signed a publishing contract with GOOD Music, a record label founded by Kanye West. Come mid-2013, Travis Scott signed on with Grand Hustle Records. That same year, he released his solo debut mixtape, titled Owl Pharaoh.

Approximately a year later, he followed it up with a second mixtape, Days Before Rodeo.  It wasn’t until 2015, that he released his full studio album, Rodeo, which truly thrived under the hit single, Antidote. Travis Scott’s undeniable knack for musical masterpieces continued to rake in streams and views, as he broke one record after the other. His second studio album, Birds in the Trap Sing McKnight, climbed to the top of the Billboard Hot 200, solidifying his status as a music industry magnate.

Demonstrating that he is a force to be reckoned with as a solo act or even within a group, Travis Scott worked with ⅓ of the preeminent Migos trio, Quavo. Together they produced a collaborative album, titled Huncho Jack, Jack Huncho.

Fast forward to 2018, and Travis Scott’s third studio album, Astroworld, has soared to the top of the Billboard Hot 100 chart courtesy of its lead single, Sicko Mode. Come 2020, and he has officially become the first solo artist on the Billboard Hot 100 charts to have three songs debut at number one in less than a year. With a collection of awards in his repertoire, unstoppable music prowess,  and eight Grammy nominations, Travis Scott is bound to be headed for greater things.

How can I book Travis Scott?

At Talent Connect, we specialize in connecting the world’s biggest artists, like Travis Scott, with our valued customers. We take pride in our high quality services that aim to fulfill all your celebrity booking requests. If you want to book Travis Scott for your corporate event, non profit affair, private party, influencer marketing project, or speaking engagement, you can rely on Talent Connect to make the right arrangements for you. Give us a call today to get extensive information on artists’ booking prices and schedules.

How can I get in touch with Travis Scott for media inquiries?

Getting in touch with artists and celebrities like Travis Scott, is now easier than ever thanks to Talent Connect. With our excellent business processes, we can provide you with updated information regarding schedules and booking prices. Send us and email or give us a call to get all the answers you need for your booking queries.

While it may be possible to contact Travis Scott’s management, why not let Talent Connect do the work for you? When you work with Talent Connect, you will have the opportunity to experience consistent and efficient booking processes, without the inconvenience of handling all the work by yourself!

At Talent Connect, we make the connection stronger than ever, so you won’t need to go through the hassle of acquiring direct contact with the management team. Let Talent Connect do all the heavy lifting for you, so you can sit back and watch your events and endorsement requests become a reality.

If you want to book celebrities, like Travis Scott, for your brand endorsement projects or events, there will be a few factors to take into consideration before the final fee can be determined. The booking fee will vary based on the type of event or particular schedule.

Reach out to our office to get comprehensive information on booking prices and other important scheduling details regarding Travis Scott or other popular artists to make your next event unforgettable.