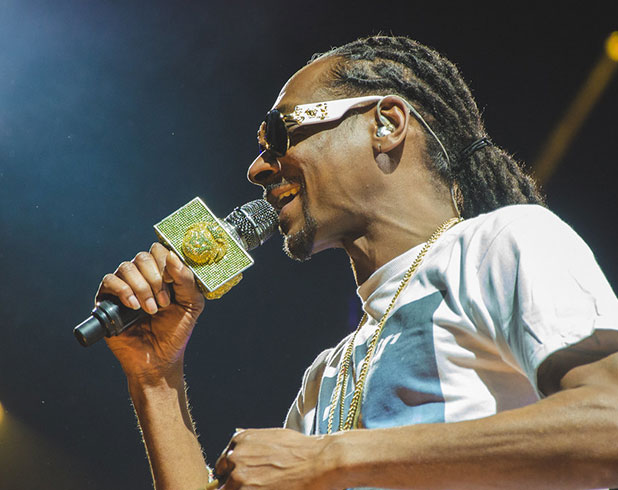 When it comes to promoting your brand, appointing the ambassador for your next campaign, or recruiting an artist for your corporate or private events, you need a powerful name that will shake things up and truly catch people’s attention. Sometimes, that name is Snoop Dogg.

Known as one of the most celebrated musicians, songwriters, actors, record producers, and entrepreneurs in the entertainment industry, Snoop Dogg has long been hailed as a household name for over 20 years. With over 7 million Youtube subscribers, 55.3 million Instagram followers, and multiple Billboard and MTV Awards under his belt, the “Drop It Like It’s Hot” singer continuously proves to be an indestructible part of the music industry.

Need to book a famous rapper for your event or campaign? Talent Connect has got you covered. Our team does not directly represent the public figures in our wide database, but we have all the celebrity contact information you’re looking for. We’ll help you reach out to Snoop Dogg’s agent or manager for business, product, or service endorsements. You can count on our team to connect your brands to Hollywood stars. 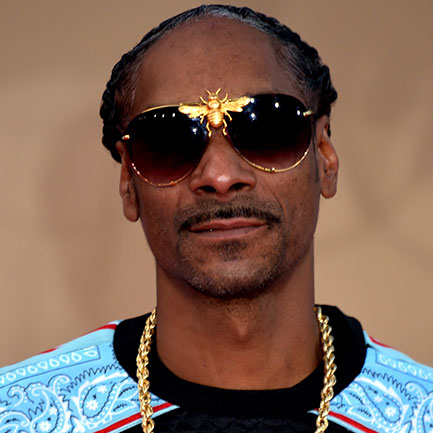 Following the success of his debut album, the rapper launched yet another sure-fire album, Tha Doggfather (1996). The second installment in his illustrious career was certified double-platinum within the next year.

While everything in Snoop Dogg’s extensive repertoire made waves in the international music scene, one of his most notable pieces of art to date is “Drop It Like It’s Hot” featuring Pharrell. The song topped the U.S. Billboard Hot 100 for three weeks in December 2004, making it the superstar’s first number one track on the chart. ‘Till this day, there isn’t a hip-hop enthusiast who doesn’t know that catchy tongue-snapping beat that weaves its way throughout the entire song.

In 2018, Snoop Dogg released a gospel album, titled Bible of Love, which showcased his amazing versatility and expertise. There isn’t a musical genre that Snoop Dogg can’t master. A year later, he collaborated with Vietnamese singer, Son Tung M-TP in “Hãy Trao Cho Anh” (“Give it to Me”), which dropped on July 1st. As of October 3, 2019, the music video has amassed more than 158 million views on Youtube. That same year, he gifted fans with 17th studio album, I Wanna Thank Me.

Aside from solidifying his status as the “Doggfather” of the hip-hop industry, this Hollywood mogul also dabbled into acting with numerous appearances in movies and TV series. You may remember seeing him flaunt his acting prowess in films like The Wash, Bones, The Beach Bum, and Turbo.

This king of the music charts and master of the silver screen has a handful of accolades and endeavours in his sizable list of milestones. Being such a big name in multiple industries makes Snoop Dogg the perfect choice to propel your brand to new heights.

How can I book Snoop Dogg?

With Talent Connect’s vast pool of celebrity contacts, you can have instant access to your next brand ambassador. We’ll help you get in touch with Snoop Dogg’s agent or Snoop Dogg’s management team for speaking engagements, media appearances, brand endorsements, private parties, and corporate events. Don’t sweat it, because Talent Connect will take care of the booking process for you!

How can I get in touch with Snoop Dogg for media inquiries?

If you have inquiries about celebrity bookings, Talent Connect holds the answers. To start booking Snoop Dogg for virtual events,  podcasts, TV appearances, or magazine feature articles, reach out to our team. With our help, you can rest assured that you won’t have to worry about your bookings and inquiries being overlooked. Talent Connect ensures that both the brand and the celebrity get the VIP treatment

Getting in touch with Snoop Dogg’s representatives starts right here at Talent Connect. You can rely on our team for a booking process that will run smoothly. With our up-to-date contact information, you’ll be in touch with Snoop Dogg’s agent or manager in no time. Connecting with your next brand endorser or event guest starts with Talent Connect.

What is Snoop Dogg’s booking fee?

In addition to the flat booking fee, other costs like travel expenses, hotel accommodations, and transportation for in-person events would need to be shouldered too. Contact Talent Connect to know more about Snoop Dogg’s booking details!