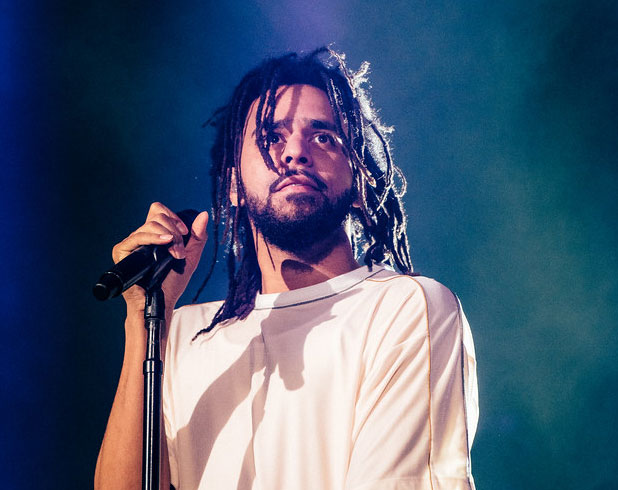 With five platinum albums, eight BET Hip-Hop Awards, a Grammy, and a Billboard Music Award, rapper & producer J.Cole has already left a huge mark in the music industry — both as an artist and a philanthropist. Aside from being the artist behind the hits ATM (2015), Kevin’s Heart (2015), Deja Vu (2016), and Middle Child (2019), he’s also produced tracks for Janet Jackson, Kendrick Lamar, and DJ Khaled. On Instagram, he currently has 5.9 million followers.

Talent Connect is your most reliable source when it comes to booking celebrities for events and campaigns. Our team does not directly represent the artists in our extensive database but we have the necessary contact information to connect you with J.Cole’s agent or manager. We’ll help you get started on the booking process for business, product, and service endorsements, etc. 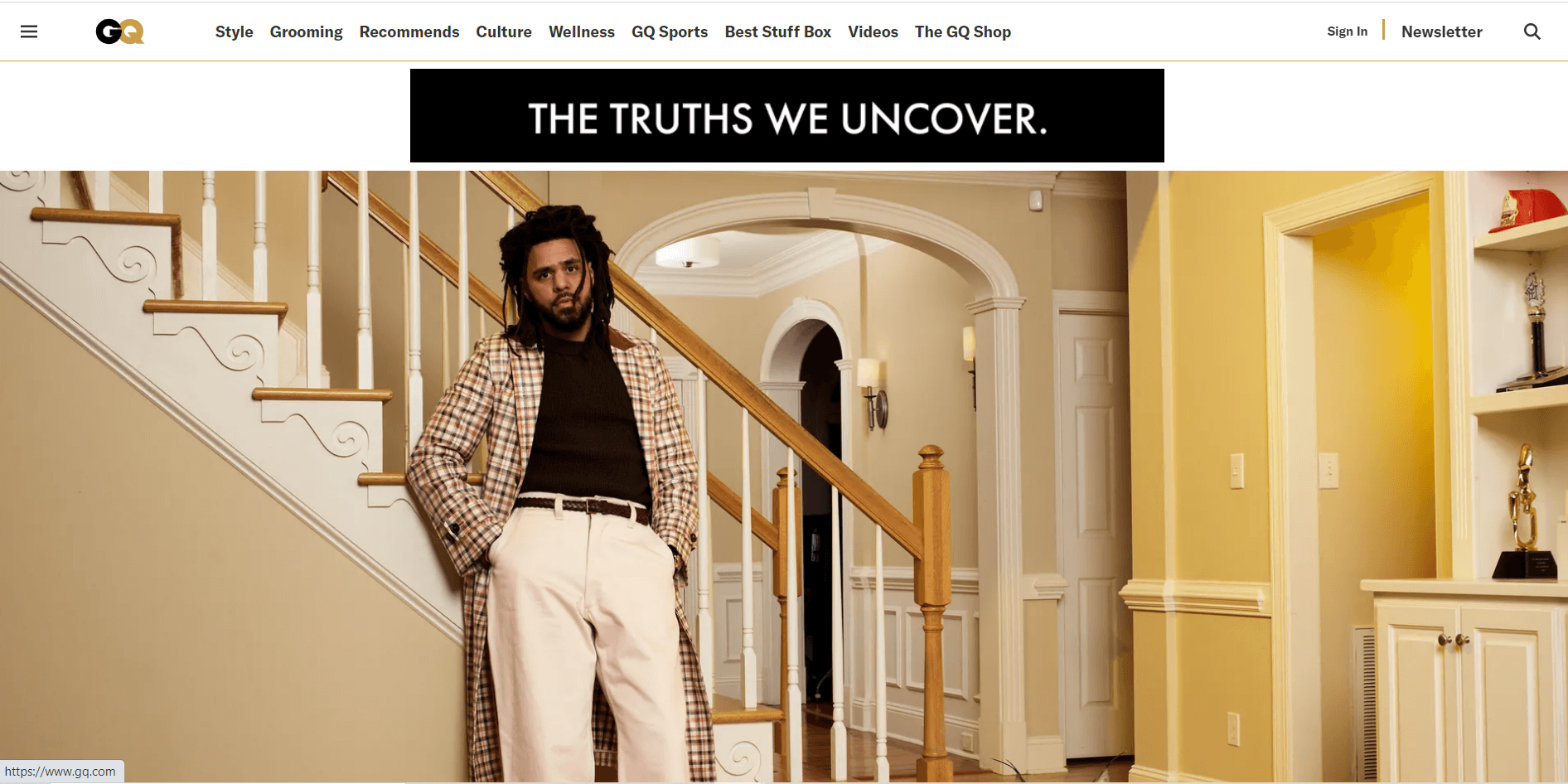 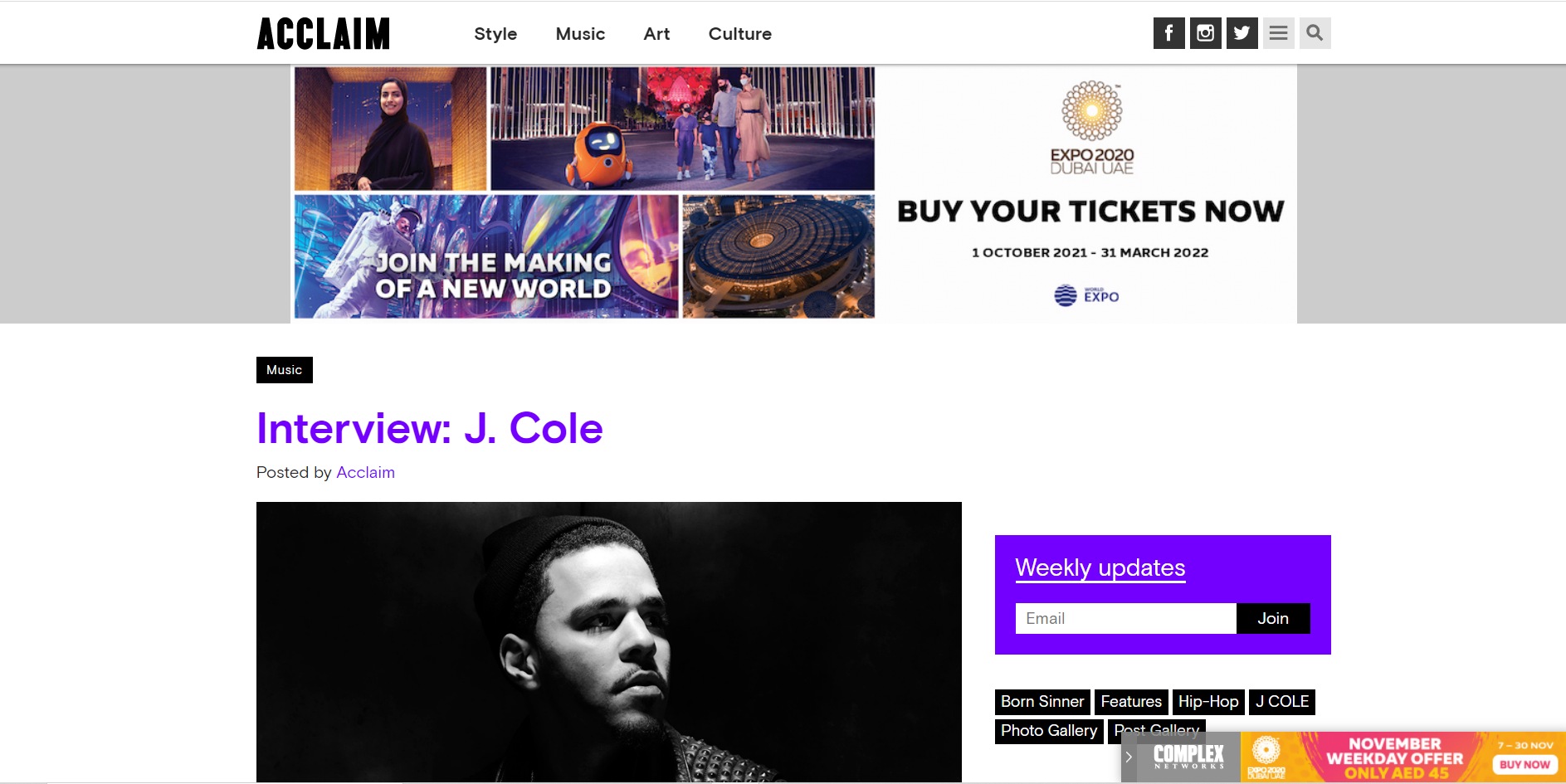 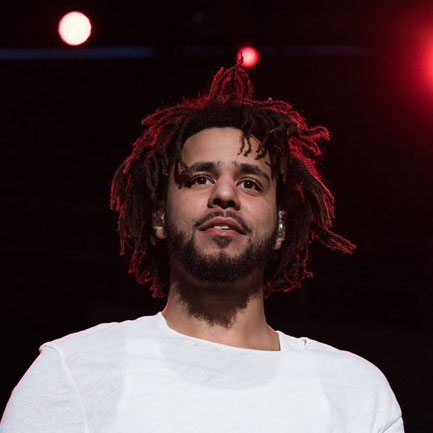 Cole first started rapping at the age of 12. After spending his teenage years honing his production skills, he released his first mixtape The Come Up in 2007. This was followed by The Warm Up (2009) mixtape which earned him the award for “Male Artist of The Year” at the 2010 Urban Music Awards. After being impressed by his track Lights Please, J.Cole became the first artist to be signed to Jay-Z’s label Roc Nation in 2009.

In 2011, the rapper released his debut studio album Cole World: The Sideline Story. It debuted at number one on the Billboard 200 and produced the hits “Work Out”, “Nobody’s Perfect” with Missy Elliott, and “Can’t Get Enough” featuring Trey Songz. That same year, J.Cole was nominated for “Best New Artist” at the Grammys.

With the release of the album KOD (2015), J. Cole made history by becoming the first artist to simultaneously debut three songs in the Billboard Hot 100 top 10 with KOD, Kevin’s Heart and ATM. At the time, the album also broke the Apple Music record for most streams in 24 hours at 64.5 million.

The release of Revenge of the Dreamers (2019) marked J.Cole’s sixth album to debut at the top of the Billboard 200. Just a few months later, the rapper scored his first Grammy win for “Best Rap Song” for the track A Lot at the 62nd Annual Grammy Awards.

If you want to book J.Cole for media appearances, brand endorsements, speaking engagements, corporate events, private parties, or non-profit events, Talent Connect can kickstart the process for you. Reach out to us and we’ll get you in contact with J. Cole’s agent or J. Cole’s manager.

How can I get in touch with J. Cole for media inquiries?

Getting in touch with celebrities starts right here with Talent Connect. Our team can assist you in booking J. Cole for a wide range of media appearances, like podcasts, virtual events, magazine feature articles, TV appearances, and more! Connect with us to know more about J. Cole’s contact info.

What is J. Cole’s booking fee?

J.Cole’s booking rate depends on factors such as:

Travel expenses, hotel accommodations, and transportation for in-person events are some of the other costs not included in the flat booking rate. To know more about J. Cole’s contact info and booking details, reach out to the Talent Connect team!