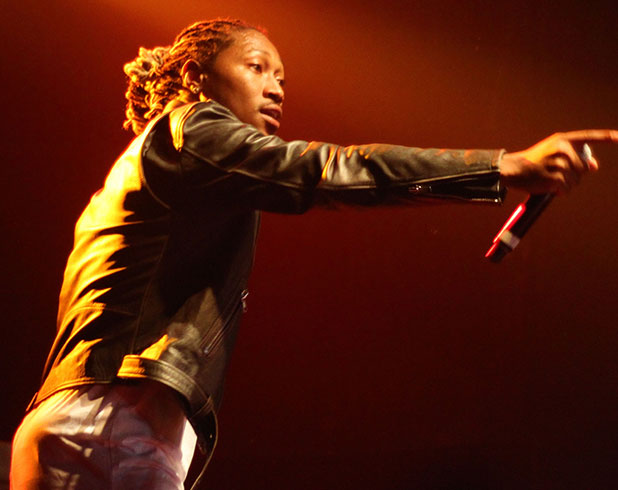 If there’s one thing that redefined rap, it’s the coming of Future. The rapper, songwriter, and producer has seven albums that have debuted at #1 on the U.S. Billboard 200. Future currently has over 10 million Youtube subscribers and 16.4 million Instagram followers. He’s among Hollywood’s most popular rappers and continues to produce music that dominates the charts. One of your best shots at reshaping your future campaigns is Future himself.

Talent Connect is here to jump-start celebrity endorsements for your brand. Our team does not directly represent the artists in our database, but we have all the information you need to get in touch with these public figures. All you need to do is reach out to us and we’ll make the connection between you and Future’s agent or manager. 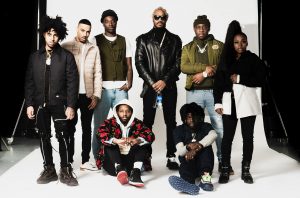 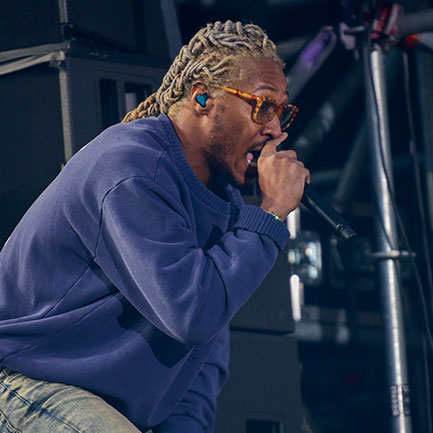 Nayvadius DeMun Wilburn, professionally known as “Future” was born in Atlanta, Georgia on November 20, 1983. He started out as one of the members of a musical collective called The Dungeon Family. Before signing to a major record label, Future released a number of mixtapes like Dirty Sprite, 1000, and True Story.

In 2012, he released his debut studio album Pluto under Epic Records. One of the album’s tracks, “Magic” featuring T.I., became Future’s first song to chart on the Billboard Hot 100.  Three years later, he released his third studio album, Dirty Sprite 2 (2015), with popular tracks like “Thought It Was a Drought”, “Real Sisters”, “F*ck Up Some Commas”, “Where Ya At” featuring Canadian rapper and singer, Drake.

It was also in 2015 when Future scored his first #1 album on the Billboard 200 with the release of What a Time to Be Alive, a collaborative album with Drake. The following year, Future was gaining more prominence in the mainstream scene after Rolling Stone magazine featured him in their June issue.

It wasn’t long before Future began setting historic records. In 2017, he released two albums just one week apart. His self-titled album, Future, and Hndrxx were huge hits and both managed to chart at #1 on the Billboard 200 and Canadian Albums Chart. Future became the first artist in history to debut two albums at #1 on both charts simultaneously.

A bunch of high-profile collaborations followed, including “End Game” with Taylor Swift and Ed Sheeran in 2017 and “King’s Dead” with Jay Rock, Kendrick Lamar, and James Bay. “King’s Dead”, which was a soundtrack for the movie Black Panther, ended up winning “Best Rap Performance” at the 61st Annual Grammy Awards.

Future reached another milestone in his career when he became the artist with the 10th most entries in Billboard Hot 100 history. This was shortly after the release of his 2019 album, The Wizrd, which was his 6th album to reach #1 on the U.S. Billboard 200.

Going #1 on the charts became a regular feat for the rapper. His 8th studio album, High Off Life, was no exception as it skyrocketed to the #1 spot on the U.S. Billboard 200 after its release in 2020. His most recent collaborative album, Pluto x Baby Pluto with rapper Lil Uzi Vert, ended up selling over 100,000 copies in its first week and also climbed its way to the top 10 of the U.S. charts.

With his exceptional talent and artistry, this rapper isn’t just making history —he’s swiftly changing the future of the music industry as well (We’re pretty sure that’s why he’s called “Future”).

How can I book Future?

If Future is the artist you want to book for brand endorsements, media appearances, speaking engagements, corporate events, or private parties, this is the place to be! Connecting with celebrities has never been easier with our up-to-date contact information. Reach out to Talent Connect to kickstart the process.

How can I get in touch with Future for media inquiries?

Media appearances like magazine feature articles, podcasts, TV appearances, and virtual events are some of the types of bookings that Talent Connect can arrange for you. To get in touch with Future’s agent or manager for media inquiries, all you need to do is reach out to our team. We make the booking process simple and free of obstacles.

Despite the busy schedules of famous artists, their management teams are often receptive to business inquiries. However, making a connection can be tough when you’re not assisted by a reliable source. With Talent Connect’s wide network of industry contacts, getting in touch with Future’s agent or manager will be quick and straightforward.

What is Future’s booking fee?

Travel costs, hotel accommodations, and transportation for in-person events are some other fees aside from the flat booking price that may need to be shouldered too. Contact Talent Connect to get more information on Future’s booking details!