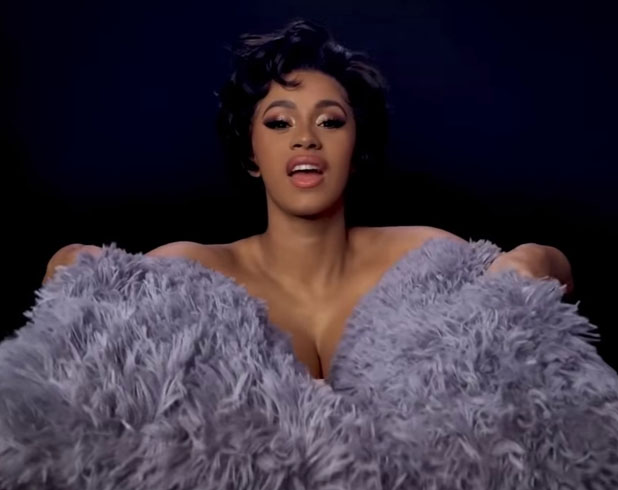 Have you been wanting to book elite celebrities, like Cardi B, for your next corporate event, private occasion, non profit affair, or speaking engagement? Then it sounds like you’re in need of a reliable booking agency who can bridge the connection for you; just like Talent Connect!

Our establishment has built prominent services that aim to help you promote your business, brand, services, and products by means of celebrity endorsements. As one of the leading entertainment booking companies on the planet, you can rest assured that our influence and reach are truly unparalleled. It is our sole responsibility and mission to facilitate your requests to the artist’s team of representatives. Moreover, we ensure that your brand and events receive the VIP treatment.

Our company does not directly represent the artist, but rather, it is our objective to spark the connection between our clients and talent managers. Among many other Hip-Hop and Rap artists, we can secure a connection between you and Cardi B. Cardi B is a mainstream rapper, songwriter, and actress. Her success story was catalyzed by her viral internet stardom on Vine and Instagram.

Cardi B Past Media Appearances 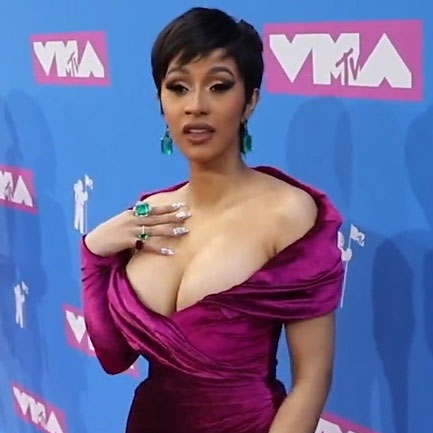 Kicking off her illustrious career as an internet sensation who took over Vine and Instagram with her viral content, it didn’t take long before Cardi B set forth to inject her presence into the music industry as well. Her escapades in the entertainment industry branched out in 2015 to 2017 when she appeared as a regular cast member on the VH1 reality show, Love & Hip Hop: New York. The television show series captured Cardi B’s aspirations and journey to achieving her music dreams.

Later on, she released her debut mixtapes, Gangsta Bitch Music Volume 1 and Volume 2. Come 2017, she signed with Atlantic Records and commenced to work on her debut studio album, Invasion of Privacy, which immediately skyrocketed to the coveted number one spot of the Billboard Hot 200. To top off this spectacular debut, her album broke multiple streaming records and was certified triple platinum by the Recording Industry Association of America (RIAA).

The accolades just continued rolling in for this superstar, as the Billboard dubbed Invasion of Privacy as the top female rap album of the 2010s. Soon after, the Grammys also bestowed an award onto this piece, naming it the best rap album of the year. The feat made Cardi B the very first female soloist to hit the milestone. The carrier single in particular, Bodak Yellow, proved immense popularity and longevity as it remained in the Billboard Hot 100 chart for weeks.

Another one of her most notable pieces of work is her collaboration with music industry heavyweights, Maroon 5. Their hit song and music video, Girls Like You, featured empowering lyrics and a platoon of the most influential women in Hollywood; and, not surprisingly, topped the Billboard Hot 100 chart as well.

In 2020, Cardi B launched her second studio album, with “WAP” (featuring Megan Thee Stallion) as the lead single. The song made waves in the world of music and received quite a widespread variety of responses from her fans all over the globe. Continuously proving to be a magnate in music, Cardi B managed to get “WAP” to the top of the charts too.

Beyond her music career, Cardi B has also ventured into the field of acting. She made her silver screen debut in the 2019 comedy/crime film, Hustlers, alongside industry tycoons like Jennifer Lopez, Constance Wu, Julia Stiles, and Lili Reinhart.

How can I book Cardi B?

Talent Connect provides flawless services, courtesy of a strong team of professional booking agents who specialise in connecting in-demand musicians, such as Cardi B, with clients. If you want to book them for media appearances, influencer marketing projects, private occasions, corporate events, non profit affairs, or speaking engagements, you can count on Talent Connect to make arrangements for you.

It is our main goal to provide you with extensive information on artists’ booking prices and availability. Reach out to Talent Connect to learn more about our services, and we’ll be glad to assist you with all your talent booking queries.

How can I get in touch with Cardi B for media inquiries?

Reaching out to artists and public figures, like Cardi B, is easier than ever with the assistance of Talent Connect. With our exceptional communication system and industry connections, we can supply our clients with up-to-the-minute information regarding schedules and other booking-related details. Send us an email or reach out via our phone number to get the answers to all your booking questions.

Although it is very much possible to reach out to Cardi B’s  management, there is a more convenient way to communicate your requests, and that is by enlisting the professional services of booking agencies like Talent Connect. By going through this seamless process, we guarantee consistency and efficiency.

At Talent Connect, we make the connection stronger than ever, so you won’t need to go through the hassle of acquiring direct contact with the management team. Let Talent Connect do all the heavy lifting for you, so you can sit back and watch your events and endorsement requests become a reality.

What is Cardi B’s booking fee?

If you’re planning to book high calibre acts like Cardi B for your next upscale event, there will be a number of factors to consider before the final booking fee can be determined. This is mainly because of scheduling and the category of event you have in mind.

Reach out to our office to get comprehensive information on booking prices and other important details regarding Cardi B or other artists to make your next event unforgettable!