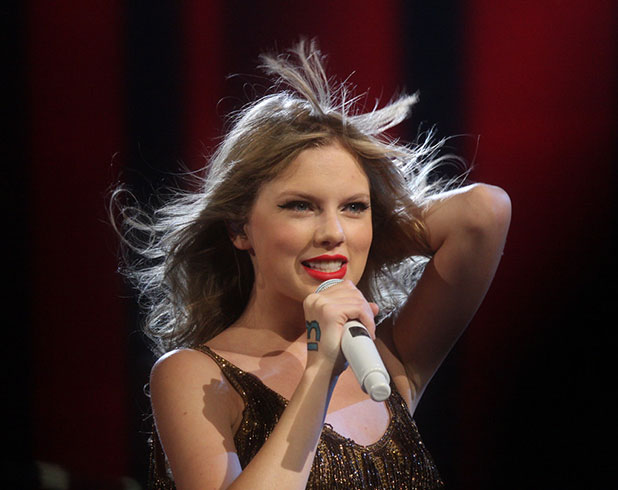 If there’s anything your brand’s next campaign should be fueled by, it’s some unparalleled star power. Taylor Swift is a singer-songwriter who’s established herself as one of the most influential musicians of all time. Often referred to as a “lyrical genius”, she’s changed the face of the modern music scene as we know it. There’s hardly anyone in the world who doesn’t know the name “Taylor Swift”.

With her relatable and impactful artistry, Swift has sold over 50 million albums worldwide. She currently holds the record of “Female Artist with the Most Billboard Hot 100 Entries in History” at a staggering total of 128 songs. “You Belong With Me”, “22”, “Blank Space”, “Look What You Made Me Do”, and “Lover” are just a few of Swift’s hits that the whole world has been singing along to for the past decade. With an Instagram following of over 146 million, 10 Grammy Awards, and 27 Guinness World Records, there’s no questioning just how much influence comes along with the mere mention of her name.

If you’re thinking about getting in touch with Taylor Swift’s manager or agent, then Talent Connect can make it happen. Though our team does not directly represent our growing list of celebrity contacts, it’s our job to make sure you get in contact with the management of these celebrities for your campaigns. Whether it’s an endorsement for business, products, or services, we’ll get you through the booking process.

I think we *all* know how I feel about sequins ✨ @StellaMcCartney

New pieces are being added to the online store every day so keep checking back: https://t.co/zSHpnhUlLb pic.twitter.com/SsLhOIcHPY 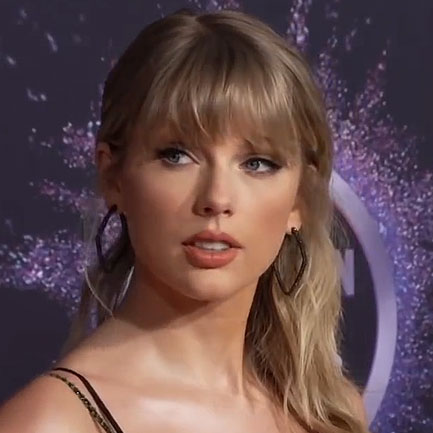 Taylor Swift was born on December 13, 1989, in West Reading, Pennsylvania, U.S. At the young age of 11, she would drive around with her mom to hand out demo tapes to Nashville records labels. By the time she was 12, she learned how to play guitar and started writing her own songs.

After being discovered during a showcase at Bluebird cafe in 2005, Swift was signed to the independent label Big Machine Records. Her self-titled debut album was released in 2006 and peaked at number 5 on the Billboard 200 albums chart. The single “Teardrops on My Guitar” became a hit among young girls all over the world and became her best-charting single from the album, peaking at number 13 on the Billboard Hot 100. Swift instantly became a pop culture icon of relatability, as she was an artist who wrote music that told her honest and most personal stories.

Her sophomore album, Fearless, debuted at number one on the Billboard 200 in 2008. It shattered records and became the top-selling album of 2009 in the United States. Swift’s second album raked in a ton of prestigious awards including “Album of The Year” and “Best Country Album” at the 52nd Annual Grammy Awards. The following year, she showed everyone that she had impressive acting skills too with her cinematic debut in the star-studded flick Valentine’s Day (2010).

Every single one of Swift’s succeeding albums debuted at number one on the Billboard 200. Shattering records have become a part of who she is as an artist. With the release of her album called 1989 in 2015, she began to take a detour from her original country genre and went into the direction of pure pop. The 1989 World Tour ran for seven months with stops all over the world. It was named the highest-grossing tour of 2015 raking in a total of $250 million.

Proving just how versatile she is as an artist, her 2017 album Reputation embodied a darker electro-pop sound with elements of EDM and hip-hop. Being known for making each of her album eras have a distinct fashion style, Swift changed up her look as well and dressed in a darker aesthetic for her album and its tour stops. The corresponding tour for Reputation became the highest-grossing North American concert tour in history.

Swift went back to her whimsical sound and style with the release of her seventh album, Lover, in 2019. With all 18 songs charting on the Billboard Hot 100, she set a record for having the most simultaneous entries for a female artist. Lover dominated 2019 and became that year’s best-selling studio album with 3.2 million copies sold. That same year, Swift once again lent her acting skills to the iconic film adaption of the musical, Cats, taking on the role of Bombalurina.

Swift released Miss Americana, a documentary on her life and career, on Netflix and at the Sundance Film Festival in 2020. Seven months later, she surprised fans with the sudden release of an entire album called Folklore. This enchanting album set a Spotify record for the highest number of first-day album streams by a female artist. She smashed records and became the first artist to simultaneously debut at the top spot on the Billboard 200 and Billboard Hot 100 in the same week.

Evermore is Swift’s most recent surprise album, which dropped in December 2020. Just like Folklore, it was created amidst the COVID-19 pandemic as Swift “just couldn’t stop writing songs”. The record became Swift’s 8th consecutive album to sell more than a million copies in its first week worldwide.

It’s no surprise that Swift has been named Artist of the Decade by the American Music Awards. Her work showcases how she’s successfully traversed every genre with her exceptional talent and charisma. Through her unique image, she has earned a massive global fanbase, with whom she frequently interacts —whether it’s in person or online. She’s an icon with a stellar reputation. Her work always manages to leave an epic mark in the music industry. The world just never knows what to expect. One thing’s for sure though, Taylor Swift always comes back stronger than a ‘90s trend.

How can I book Taylor Swift?

You can count on Talent Connect to help you get in contact with some of the biggest names in Hollywood. If you want to add some more star factor to your brand endorsements, speaking engagements, media appearances, private parties, or corporate events, then reach out to Talent Connect!

How can I get in touch with Taylor Swift for media inquiries?

It’s not always easy to contact big names in the industry, and that’s why Talent Connect is here for you. Our team can help you avoid delays in your campaign caused by inaccurate contact information. With our reliable industry contacts, we’ll put you one step ahead of the rest when it comes to booking celebrities for media appearances, including magazine feature articles, TV appearances, virtual events, and podcasts, etc. Talent Connect can help you get in touch with Taylor Swift’s agent or manager

Although the management of musicians is usually responsive to inquiries from businesses and organizations, a failure of communication can occur. You can count on Talent Connect to avoid these obstacles. With our network of reliable contacts, we’ll make reaching out to Taylor Swift’s agent or Taylor Swift’s manager an easy process.

What is Taylor Swift’s booking fee?

The booking price of an artist depends on a few factors such as:

In addition to the booking price, there may also be other expenses that come along with the flat rate. Hotel accommodations, travel expenses, and transportation for in-person events are some expenses that would need to be shouldered as well.  If you’d like to know more about Taylor Swift’s booking price, contact the Talent Connect team!