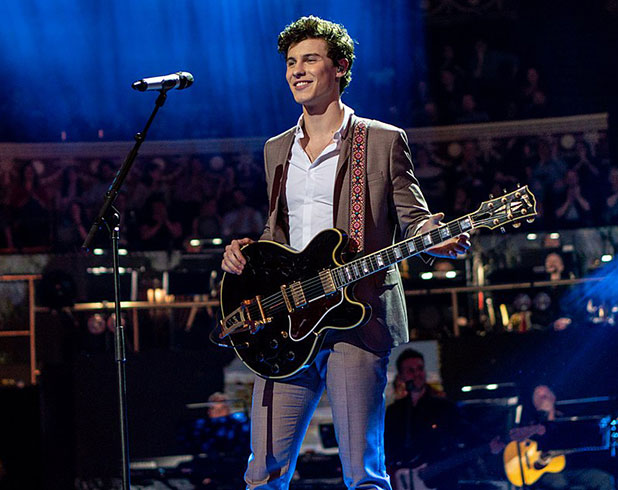 Collaborating with a music industry icon can catapult your brand into the spotlight. Shawn Mendes is a pop singer-songwriter who’s topped the Billboard charts countless times. His songs like “Stitches”,”There’s Nothing Holding Me Back”, “In My Blood”, and “Wonder” are just a few of his hits that have resonated across a worldwide audience.

His massive fanbase, countless awards, and some shiny Grammy nominations are just a few of the factors that have turned Shawn into one of the most legendary musicians of the modern generation. With over 59 million followers on Instagram alone, choosing Shawn Mendes for your campaign will expand your brand awareness into the mainstream branches of pop culture.

If you’ve been looking for a way to contact Shawn Mendes, you’ve landed in the right place! Despite Talent Connect not directly representing our extensive roster of celebrity contacts, we can help you get in touch with Shawn Mendes’ manager or agent. At Talent Connect, it’s our mission to help you kickstart celebrity endorsements for your business, product, or services. Focus on the campaign elements and leave the booking process to us! 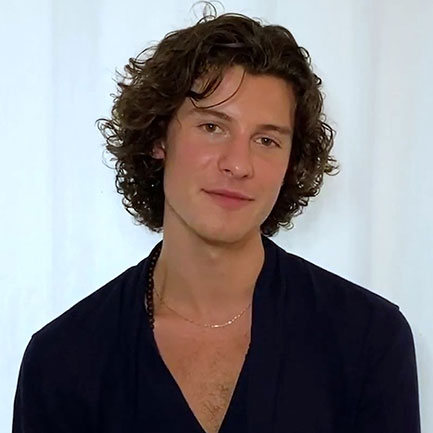 Shawn Mendes was born on August 8, 1998, in Pickering, Canada. He first picked up the guitar at the age of 14 and started out posting cover videos online. It wasn’t long before he became a viral sensation on platforms such as Vine and Youtube. In a matter of months, Shawn garnered millions of views and followers. In 2014, he officially signed with Island Records.

Despite being relatively new in the music industry, Shawn went on to shatter countless Billboard records. At the age of 15, he became the youngest artist ever to debut in the top 25 of the US Billboard Hot 100 with his first single “Life of the Party”. His debut studio album, released in 2015, sold 106,000 copies in its first week alone. Through the album “Handwritten”, Shawn earned the title of “Youngest Artist to Debut at #1 on the Billboard 200”.

By the year 2017, Shawn’s star power began shining so bright that he sold out Madison Square Garden in just 4 minutes. That same year, he commenced his “Illuminate World Tour” and performed for sold-out arenas all over the globe. It was with the song “In My Blood” that Shawn scored his first-ever Grammy nomination in 2018. This was followed up with another nomination in 2019  for “Senorita” featuring Camila Cabello.

His fourth studio album, “Wonder”, was released in the last quarter of 2020. Along with the release of this chart-topping album, came a powerful Netflix collaboration. The singer dropped a documentary titled “In Wonder” as well as a concert film called “Shawn Mendes: Live in Concert” on the streaming platform.

Aside from his musical duties, Shawn actively participates in humanitarian efforts. He’s worked with organizations like Pencils of Promise, American Red Cross, Toronto’s SickKids Foundation, and Global Citizen Festival. By taking part in these philanthropic events, Shawn isn’t seen as a mere pop star but as well as a positive influence in the industry.

Fast forward to 2021, Shawn Mendes has solidified his stature as a global music icon. Ranking among the likes of Elvis on the list, Shawn Mendes is now the youngest male artist to top the Billboard 200 with four regular studio albums. With a loyal fanbase, innumerable awards, and some prestigious Grammy nominations, the pop star has proven himself to be a modern legend and a true “wonder” of the music industry.

How can I book Shawn Mendes?

Talent Connect can help you reach out to some of the world’s most in-demand celebrities, like Shawn Mendes. Whether it’s for brand endorsements, media appearances, speaking engagements, corporate events, or private parties, we can make the connection for you. Get in touch with our team, and we’ll assist you in booking Shawn Mendes for your event!

How can I get in touch with Shawn Mendes for media inquiries?

Getting in touch with high-profile celebrities can have its obstacles. Some of the common problems may include having false or outdated contact information. With our reliable industry contacts, Talent Connect can make sure the process of booking a celebrity goes smoothly. We can get you connected with Shawn Mendes’ agent or manager for a wide range of media appearances which include magazine feature articles, podcasts, TV appearances, and virtual events, etc.

When it comes to opportunities from organizations and businesses, the management of musicians is usually responsive to inquiries. Despite this, a failure of communication can occur. To avoid these obstacles, you can rely on Talent Connect. Reaching out to Shawn Mendes’ agent or Shawn Mendes’ manager has never been this simple. Our wide network of contacts is the answer you’ve been looking for.

What is Shawn Mendes’ booking fee?

An artist’s booking price is dependent on factors such as:

Aside from the booking price, there may also be other expenses in addition to the flat booking rate. These may include hotel accommodations, travel expenses, and transportation for in-person events. If you need more information on Shawn Mendes’ booking fee, get in touch with the Talent Connect team!