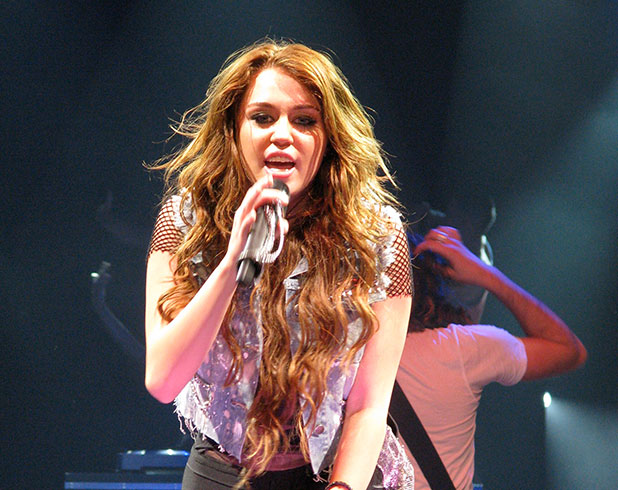 A highly influential celebrity such as Miley Cyrus can help your business raise brand awareness towards an incredibly broad demographic. Miley Cyrus is an internationally recognized superstar best known for her musical talents and acting abilities, stemming from a young age. As one of the biggest names in the music industry, Cyrus often tops the charts with her distinctively raspy vocals in genres ranging from rock to pop to country. With over 120 million followers on social media, her platform makes her the perfect choice for your next campaign.

If you’re looking to book Miley Cyrus for a private party, corporate event, or brand endorsement we’re here to help! While Talent Connect does not represent our ever-growing list of celebrity contacts, we have the means and the network to help you in effectively getting in touch with Miley Cyrus’s agent or manager.  With our dedicated service, you’ll be able to easily promote your business through a well-known personality like Miley Cyrus. You plan the campaign, we’ll make the connection. 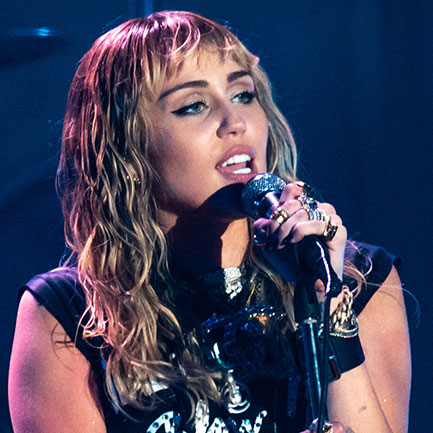 When Cyrus was 12, she was cast as the lead in Hannah Montana, a popular Disney sitcom. Due to the success of the series, Miley quickly became a teen idol and was able to showcase both acting and singing prowess to a wide audience while starring in the series. Her first double album, “Meet Miley Cyrus,” was released in 2007 and was a success, with singles making it to the Billboard Hot 100. During these early stages in Miley’s career, it was clear that she had the talent and charisma to succeed in the industry.

By 2009, Cyrus embarked on her first world tour, the Wonder World Tour, which was described by many as part of Cyrus’s transition into a more mature public image. Although Cyrus showed great skill at acting, her true passion was in creating music. This translated in her fourth album, “Bangerz,” which revealed an edgier Miley, one that that was well-received by many of her fans. The album peaked at Billboard’s number one spot. Alongside the release of this album, MTV aired Miley: The Movement which chronicled Miley’s return to the music industry and the creation of the album.

Cyrus continues to show her versatility as an artist. In 2019 she starred as Ashley O in an episode of Netflix’s dystopian-future series Black Mirror. She also released the EP “SHE IS COMING” in anticipation of her 2020 album, “Plastic Hearts,” which features collaborations with the likes of Billy Idol, Joan Jett, and Stevie Nicks.

Throughout Cyrus’s career, she has attained the most top-ten albums on the US Billboard 200. She is also the best-selling female artist of her generation. With her talent, creativity, and downright fearlessness, it’s no wonder she has millions of loyal fans all over the world.

How can I book Miley Cyrus?

Though booking high-profile celebrities may seem like a complicated task, with a top-notch talent booking agency like Talent Connect, it’s easier and more efficient than ever before. We’re here to do all the necessary work so that you can book top celebrities and influencers for engagements like media appearances, brand endorsements, corporate events, private parties, speaking engagements, and more – without the hassle. If you would like to book Miley Cyrus, we’ll be happy to help!

How can I get in touch with Miley Cyrus for media inquiries?

Typically, celebrities like Miley Cyrus are open to considering various kinds of media inquiries. However, it can be challenging to establish a connection with numerous communication blocks that can get in the way – such as outdated or false contact information. Our expert team is here to make sure that you avoid these blocks and successfully establish the connection you’re looking for. You’ll then be able to easily book celebrities like Miley Cyrus for virtual events, podcasts, TV appearances, magazine feature articles, and more!

The management of top celebrities like Miley Cyrus are typically open and receptive to various kinds of opportunities for brand endorsements, media appearances, and so on. However, amidst busy schedules, an influx of numerous requests from various sources, and unintentionally missed messages, it can be challenging to properly get connected with Miley Cyrus’s agent or Miley Cyrus’s manager.

We’re here to help! With our industry expertise and vast connections, we will be able to serve you efficiently and effectively. You’ll be in touch with the management of Miley Cyrus in no time at all.

What is Miley Cyrus’s booking fee?

Just like other high-profile celebrities, Miley Cyrus’s booking price depends on a number of factors, such as the following:

There may be the need to cover costs for travel, hotel accommodations, and transportation to and from the venue location for in-person events. Our dedicated team can lay out all these costs so that you won’t encounter surprise expenses along the way. To learn more about Miley Cyrus’s booking fee, reach out to our team.