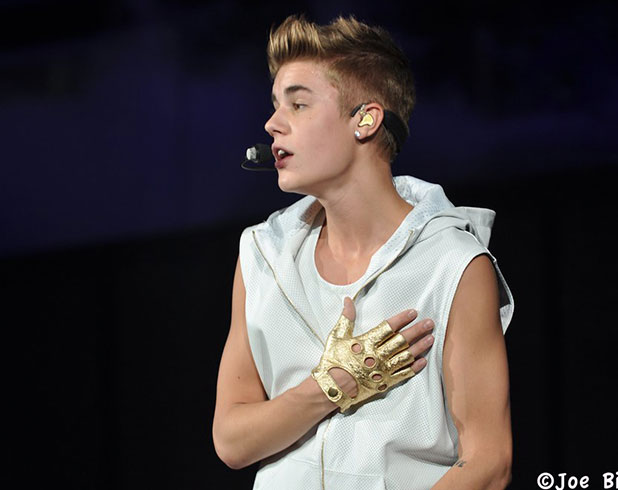 Justin Bieber is one of the world’s popular celebrities who has amassed millions of loyal fans called “Beliebers”. It doesn’t matter where you are on the planet, you’re bound to have heard of “Bieber Fever” at some point.

The singer started out as a teen pop star through his singles “One Time” and “Baby”. He soon transitioned into different musical genres and continued to dominate the Billboard charts. Justin is currently the 2nd most followed person on Twitter, and the 10th most followed user on Instagram with 162 million followers. Adding the “Biebs” factor to your brand or event will likely shoot up your visibility too.

Booking the biggest celebrities is made easy with Talent Connect! Our team does not directly represent the public figures in our extensive database, but we’ll ensure that you get to contact Justin Bieber’s agent or manager. We jump-start celebrity endorsements for businesses, products, or services. Helping brands connect with celebrities is our expertise.

Justin Bieber was born on March 1, 1994, in London, Ontario. He was one of the first artists to skyrocket to stardom thanks to Youtube. Bieber would upload song covers on his channel and quickly attracted millions of views.

In 2008, Bieber was discovered by Scooter Braun after coming across one of his videos. Braun was so impressed that he ended up tracking the singer down. That same year, Bieber was signed to Island Records. His debut single “One Time” was released in 2009 and ended up at #17 on the Billboard Hot 100.

It wasn’t long before Justin was invited to perform on shows like The Ellen Degeneres Show and Good Morning America. By the end of the year, he was such a huge star that he performed on Dick Clark’s New Year’s Rockin’ Eve. Even the Grammy Awards had taken notice and asked him to present at the 2010 ceremony. That was just the start of how he took over Hollywood and became an international teen pop star.

With the release of “Baby” in 2010, Bieber’s popularity soared even more. The track charted at #5 on the U.S. Billboard Hot 100 and was heard on radio stations all over the globe. Bieber changed music history with the release of his first studio album My World 2.0 (2010), which debuted at #1 on the U.S. Billboard 200. He became the youngest solo male act to top the chart since 1963. The singer became the first solo artist to have 4 singles enter the Top 40 before even releasing a debut album!

In 2011, his biopic/concert film Justin Bieber: Never Say Never became a box office hit and raked in $98 million worldwide. It was clear that “Bieber Fever” and his “Beliebers” weren’t going to slow down anytime soon. All his success earned him a spot on Time Magazine’s 2011 list of 100 most influential people in the world.

Bieber earned his first #1 Billboard Hot 100 single with the release of “What Do You Mean?” in 2015. At the same time, he made a Guinness World Record by becoming the youngest male artist ever to debut at the top of the Billboard chart. It was with the song “Where Are U Now” with Jack U that Bieber won the award for “Best Dance Recording” at the 58th Annual Grammy Awards in 2016.

In the succeeding years, Bieber continued to collaborate with other artists to create record-breaking hits. Among these were “Despacito” with Luis Fonsi and Daddy Yankee, “I Don’t Care” with Ed Sheeran, and “10,000 Hours” with Dan + Shay.

In 2020, Bieber’s 10-episode documentary series titled Seasons was released on Youtube. The series became the all-time most-viewed premiere in its first week with 32.65 million views. A month later, his album Changes was released and became his 7th album to debut at #1 on the Billboard 200.

In the same year, Bieber released “Stuck With U” with Ariana Grande, which ended up topping the charts as well. What made this collaboration extra special was that all the net proceeds from the song were donated to the “First Responders Children’s Foundation”, an organization that supports the children of the pandemic’s frontliners.

At the beginning of 2021, he released the song “Anyone”, and its music video has 53 million views so far. With over 150 million records sold throughout his career and a total of 14 Guinness World Records set, Justin Bieber is one of the biggest names to ever shine in Hollywood.

How can I book Justin Bieber?

We’re your go-to source when it comes to booking the world’s biggest celebrities, like Justin Bieber. For brand endorsements, media appearances, speaking engagements, corporate events, or private parties get in touch with Talent Connect. Our team will make sure you get to contact Justin Bieber’s agent or manager!

How can I get in touch with Justin Bieber for media inquiries?

When booking celebrities, brands sometimes encounter obstacles such as receiving false or outdated contact information. To ensure that you get the most updated contact details, get in touch with Talent Connect. For a broad range of media appearances like magazine feature articles, TV appearances, podcasts, and virtual events, etc. contact Talent Connect and we’ll get you in touch with Justin Bieber’s agent or manager.

Although the management teams of celebrities are typically responsive to inquiries from businesses and organizations, it’s not always easy to get in touch with high-profile figures. A lot of companies end up facing communication failures. To avoid these delays, you can count on Talent Connect. Our team will help you get in touch with Justin Bieber’s agent or manager. Booking celebrities is simple with our reliable contacts.

What is Justin Bieber’s booking fee?

The booking fee of an artist depends on factors such as:

In addition to the flat booking rate, other costs like hotel accommodations, travel expenses, and transportation for in-person events may also need to be accounted for. Contact Talent Connect to know more about Justin Bieber’s booking details!