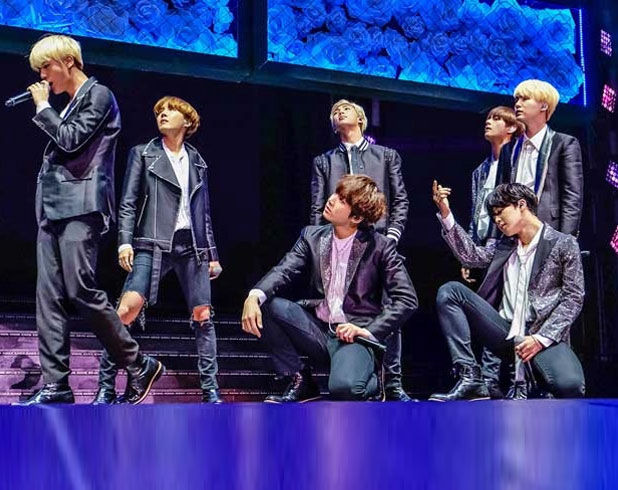 With Love Yourself: Tear (2018), Love Yourself: Answer (2018), Map of the Soul: Persona (2019), Map of the Soul: 7 (2020), and BE (2020), K-pop group BTS is the fastest group to earn five number one albums since the Beatles and the best-selling artist in Korean history. It’s not just their powerful vocals, catchy beats, unparalleled choreography, captivating music videos, and charming appearance that has turned them into global superstars—their empowering and thought-provoking lyricism that bravely addresses mental health, social issues, politics, the pursuit of dreams, and the importance of loving yourself continues to resonate across a demographic that knows no boundaries.

As the biggest band in the world, BTS has paved the way for cultural diversity in the mainstream scene and set the bar high for what it means to be a musician. The record-breaking group has over 39 million Instagram followers and is the 27th most subscribed channel on Youtube with over 46.6 million fans. People—and brands—all over the world know that because of BTS’ unprecedented influence, everything they touch turns to gold.

Talent Connect is your premier source for the most updated contact information of the world’s biggest celebrities. We are not a direct representation of the artists in our vast database, but we have the contact information necessary to connect you with BTS’ agent or BTS’ manager. Our team will kickstart the booking process for you. 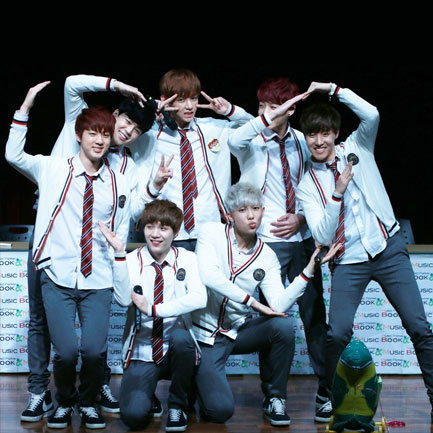 BTS (which stands for Bangtan Sonyeondan) is composed of seven members: Jin, Suga, J-Hope, RM, Jimin, V, and Jungkook who made their debut on June 13, 2013, with the single No More Dream. After the release of their first studio album Dark & Wild (2014), the group began to gain more popularity beyond South Korea. Soon, they embarked on their first concert tour The Red Bullet Tour, which had stops in Asia, Australia and North & Latin America.

By 2017, BTS was selling out arenas worldwide within minutes forThe Wings Tour. The group began taking over the Billboard Hot 100 with their song Mic Drop (2017) which peaked at #28.

BTS earned their first Billboard 200 number one with the release of Love Yourself: Tear (2018), which became the highest-charting album ever by an Asian act. Through this album, the group sent the powerful message of the importance of loving yourself. They’ve since become UNICEF ambassadors for the #LoveMyself campaign and have even spoken at the United Nations in 2018.

A few months later, the BTS World Tour: Love Yourself (2018) commenced. The group sold out all 40,000 tickets at Citi Field, Queens in less than 20 minutes! During the extension of their tour Love Yourself: Speak Yourself, they became the first Asian act to headline and sell out Wembley Stadium.

BTS’ succeeding studio album Map of the Soul: 7 (2020), which produced the hits ON, Black Swan, and Boy With Luv became the best-selling physical album in the US for 2020.

The K-pop group’s next single, Dynamite (2020), went on to shatter even more records. It became the first music video in Youtube history to exceed 100 million views in less than 24 hours. This also marked BTS’ first Billboard Hot 100 number one single. The septet then graced the Recording Academy with their first Grammy nomination for “Best Pop Duo/Group Performance”, solidifying their status as the first K-pop group to achieve this.

Jason Derulo and Jawsh 685’s song Savage Love (2020) was already well-received but only managed to skyrocket to the number one spot on the Billboard Hot 100 when BTS released a remix of the track. BTS then became the fourth group in history since The Beatles, OutKast, and Bee Gees to occupy the two top spots on the Billboard Hot 100 simultaneously.

BTS’ following album “BE” (2020) marked their fifth number one album. The track Life Goes On from the album became their third consecutive Hot 100 number one single. BTS being named Entertainer of the Year (2020) by Time magazine and Global Recording Artist of the Year (2020) by the IFPI is clearly beyond well-deserved. The superstars’ wholesome image is a breath of fresh air in the music industry.

With millions of dedicated fans across the globe called “ARMY” and multiple records set, it’s no surprise that every major award show and talk show across the globe has invited the group to make an appearance and consequently achieved unrivalled ratings. BTS has become the music industry’s most in-demand act—proving that you don’t need the English language or western influences to achieve mainstream success.

How can I book BTS?

Talent Connect can assist you in booking BTS for brand endorsements, media appearances, speaking engagements, corporate events, private parties, and non-profit events. Reach out to our team and we’ll connect you with BTS’ agent or manager.

How can I get in touch with BTS for media inquiries?

Getting in touch with the biggest band in the world can be challenging if you’re not assisted by a reliable team, like Talent Connect. With our extensive network of industry contacts, we make the booking process simple. To start booking BTS for a wide range of media appearances like magazine feature articles, podcasts, virtual events, and TV appearances, contact the Talent Connect team.

What is BTS’ booking fee?

In addition to the flat booking rate, other costs like travel expenses, hotel accommodations, and transportation for in-person events would also need to be accounted for. To know more about BTS’ contact info and other booking details, get in touch with the Talent Connect team!