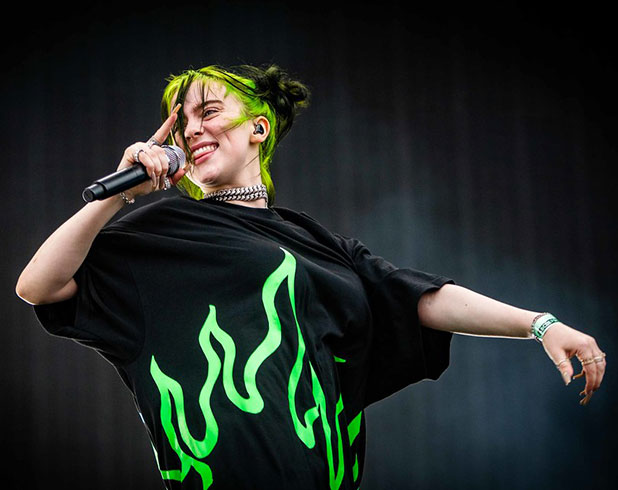 Internationally recognized singer-songwriter Billie Eilish is sure to help your business by increasing brand awareness towards your targeted demographic. Billie Eilish is an American singer-songwriter known for her edgy style and pop and electropop songs, “bad guy” and “when the party’s over.” Her ever-growing talent is evident through her fandom, with over 45 million fans around the world, making her the perfect choice for your next campaign.

If you’re looking to contact Billie Eilish for your next corporate event, private party, or brand endorsement, we can make all the needed arrangements for you! Talent Connect is a top-tier talent booking agency located in the heart of Toronto Canada.

Although we do not directly represent our vast pool of celebrity contacts, we have the network and the means to help you in effectively connecting with their agent or management. In addition to connecting you with Billie Eilish’s agent or Billie Eilish’s manager, we can also design tailor-fit marketing strategies and campaigns for your business that involve your chosen celebrity. 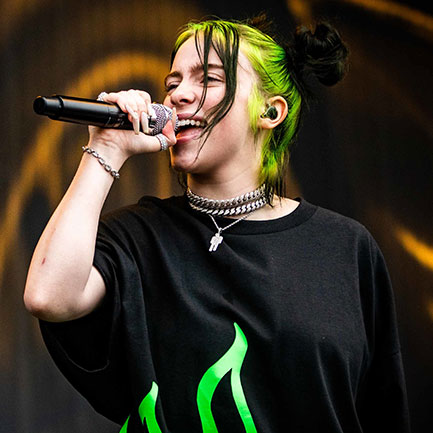 Billie Eilish, whose full name is Billie Eilish Pirate Baird O’Connell, was born on December 18, 2001, in Los Angeles, California. The family she was born into was that of musicians and actors, giving her early inspiration to pursue a career in the arts. Eilish was homeschooled, but this didn’t keep her from participating in various extracurricular activities. At the age of eight, she joined a choir and sang with them for the next three years, until she started writing and composing songs of her own.

Eilish’s brother, Finneas, was also musically inclined and had a band of his own. He wrote the song “Ocean Eyes” in 2015 and asked Eilish to sing and record it – little did they know, this song would turn out to be a breakthrough towards Eilish’s future career in music.

In August 2016, Justin Lubliner, the founder of The Darkroom, a full-service record label and management company, signed Eilish to both his company and Interscope Records. In 2017 Eilish recorded the song “Bored,” which was an official soundtrack on Netflix’s 13 Reasons Why. Following that exposure, Eilish collaborated with artist Khalid to produce the single “Lovely,” a song that currently has over one billion listens on Spotify.

Eilish was subsequently featured in Forbes 30 Under 30 list in 2018 at the young age of 17, making her the list’s youngest member. The year 2019 proved extremely successful for Eilish. She released her breakthrough extended play, “Don’t Smile at Me,” as well as her much-awaited first studio album “When We All Fall Asleep, Where Do We Go?” The album debuted atop the UK Albums Charts and the Billboard 200. The hit song “Bad Guy” peaked at the number one spot in the U.S., ending Lil Nas X’s 19-week streak at number one with “Old Town Road.”

How can I book Billie Eilish?

Talent Connect can efficiently book top celebrities, athletes, and influencers just like Billie Eilish. With our hands-on services, you can easily book influential personalities for various engagements such as events, private parties, media appearances, brand endorsements, speaking engagements, and more. If you would like to book Billie Eilish, one of the biggest names in the music industry, we can make it happen!

How can I get in touch with Billie Eilish for media inquiries?

Although celebrities like Billie Eilish may be open to considering various media inquiries, it can be challenging to establish a connection. Various gaps involving busy schedules, missed messages, ineffective communication channels, and outdated contact information can get in the way.

Our team of experts is here to make sure that you don’t experience any of these gaps. We’ll do all the work needed so that you can effectively connect with top celebrities like Billie Eilish.

The management of celebrities like Billie Eilish is typically receptive towards opportunities coming from various businesses and organizations. However, it’s also common to run into blocks along the way such as false contact information from an unreliable source, unintentionally overlooked requests, ineffective communication channels, busy schedules, and so on.

What is Billie Eilish’s booking fee?

Similar to other singer-songwriters, Billie Eilish’s booking price depends on a number of factors, such as:

If you will be engaging the celebrity for an in-person appearance, you may also need to cover additional costs such as travel expenses, hotel accommodations, and transportation to and from the venue location. If you would like to get started, it’s easy! Simply reach out to us and tell us more about the kind of engagement that you are looking to arrange. To learn more about Billie Eilish’s booking fee, feel free to reach out to our team.