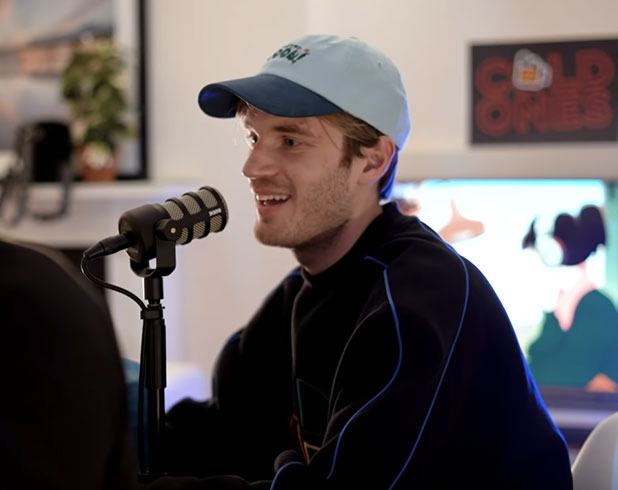 If there’s one name that every avid YouTube follower knows, it’s PewDiePie.

The Swedish YouTuber and comedian has risen to Internet stardom due to his “Let’s Play” videos and comedy shorts. Initially establishing a YouTube channel for video game content, his video style eventually developed and diversified by venturing into vlogs, formatted shows, comedy shorts, and music videos.

With 10 years of content creation in his repertoire and a whopping 110 million YouTube subscribers, PewDiePie can advance your brand campaigns to the next level.

If you are interested in booking PewDiePie for your events or campaigns, Talent Connect is here to make it happen! While our agency does not directly represent our vast and diverse pool of celebrity contacts, it is our team’s objective to help you get in touch with PewDiePie’s agent or manager. Talent Connect is dedicated to assisting you achieve promotional success for your business, product, or services via celebrity endorsements from famous personalities like PewDiePie. You build the campaign, and we’ll spark the connection. 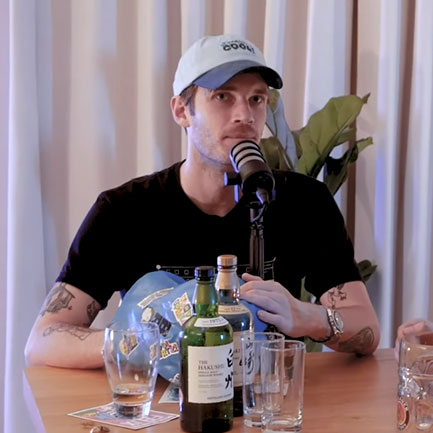 Felix Arvid Ulf Kjellberg, more commonly known by his pseudonym, PewDiePie, is one of the biggest names in the content creation industry. During his early years as a YouTuber, PewDiePie specialized in horror and action video game commentaries. He often created content around mainstream video games, such as “Call of Duty,” “Amnesia: The Dark Descent,” and “Minecraft.”

In 2011, the famous YouTuber progressed into uploading regular vlogs and called them “Fridays with PewDiePie.” Less than a year later, his channel had caught the attention of half a million subscribers, a true testimony to his unparalleled content creation know-how.

By 2013, PewDiePie’s YouTube channel had surpassed the 6 million subscribers milestone. That same year, he was covered in the New York Times and won the award for Swedish Social Star at the inaugural Starcount Social Stars Awards in Singapore. To add to his monumental success, PewDiePie received a certificate from Guinness World Records for becoming the most subscribed Youtube content creator.

Aside from revelling in the global success of his channel, PewDiePie has also made appearances in videos of other popular YouTubers, including an episode of “Epic Rap Battles of History” and “Internet Icon.” In addition to these noteworthy appearances, he was also featured in YouTube’s annual year-end “Rewind” series in 2013 to 2016 and once again in 2019.

While most of his subscribers may know him for his visual content creation, multiple organizations have recruited him for his voice. In 2014, he made a guest appearance in two episodes of the animated comedy, “South Park.” He also lent his voice to a character in the Vimeo series, “Oscar’s Hotel for Fantastical Creatures,” the following year.

Branching out to television stardom, PewDiePie also made guest appearances on renowned talk shows, such as Conan and The Late Show with Stephen Colbert.

With over 4,000 videos and 108 million Youtube subscribers to date, there is no stopping the power that this leading content creator holds.

How can I book PewDiePie?

Talent Connect’s goal is to connect you with reputable YouTube personalities, like PewDiePie, to book them for your different business engagements, such as media appearances, brand endorsements, corporate events, private parties, speaking engagements, and more. If you would like to book famous YouTube sensations, like PewDiePe, our team will be happy to help you!

How can I get in touch with PewDiePie for media inquiries?

While most popular Youtube icons,  like PewDiePie, are keen on responding to media inquiries, you may encounter a few roadblocks in making a successful connection. The most common one is obtaining inaccurate or outdated contact information. Talent Connect is here to ensure that you are protected from these inconveniences with our top-quality services and reliable industry contacts. Book PewDiePie for various media appearances, such as virtual events, TV appearances, podcasts, magazine articles, and more!

Typically, the management of YouTube creators and celebrities is very open to opportunities from businesses and organizations. However, communication gaps are unpredictable and can occur at any time. By having inaccurate contact information or catching them during a busy time, messages could accidentally be overlooked.

If you need to contact PewDiePie’s agent or manager fast and efficiently, our experienced team of professionals can make all the necessary arrangements for you. Talent Connect combines expertise in connecting celebrities to our clients with a vast pool of industry contacts to spark the connection you are looking for. Reach out to our office today for comprehensive booking details.

What is PewDiePie’s booking fee?

Much like most content creators and celebrities, PewDiePie’s booking fees may vary depending on a variety of factors, including:

There may also be supplementary costs that are not included in the flat rate. This includes transportation expenses and hotel accommodations. For more information about PewDiePie’s booking fees and schedules, please feel free to reach out to our team.