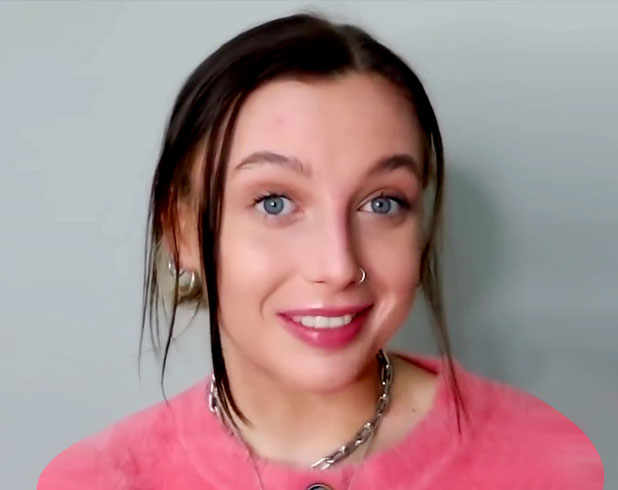 Emma Chamberlain is an American YouTuber, internet personality, and podcaster. With almost 10 million subscribers to her self-titled YouTube channel, this 19-year-old is one of the most popular content creators of this generation. She has been dubbed “the funniest person on YouTube” by The New York Times, winning multiple awards for her videos, her humorous weekly content continuing to entertain her fan base.

Want to learn more about our entertainment booking process? Reach out to Talent Connect for more information.

If you would like to book Emma Chamberlain for one of your upcoming corporate events, private parties, non-profit events, or speaking engagements, you can count on Talent Connect to make the connection. With our excellent services, we can promote your product or service via celebrity endorsements with unprecedented reach and influence. As one of the prime entertainment booking agencies in the industry, it is our goal to facilitate your request to the artist’s team of representatives.

Our company does not directly represent the artist, as it is our objective to make the connection between clients and managers. 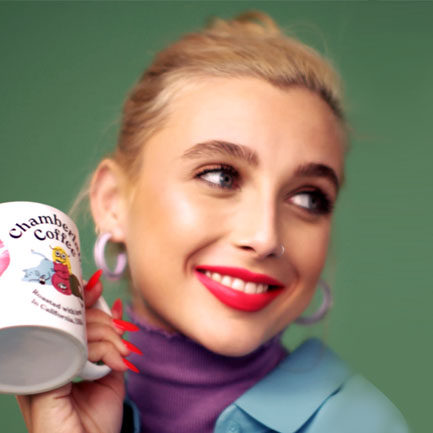 Over the years, the internet has gradually grown from a space for information and digital connections into a platform for all kinds of content creators and artists to build a career or a following. Using the influential powers of social media, more and more people have successfully turned YouTube and Instagram into their own personal playground to share both educational and entertaining content that reaches people all over the world. One of the most popular YouTubers and podcasters of this era is Emma Chamberlain, a 19-year-old who harnesses her creativity and humour to cater to her millions of followers.

Emma Chamberlain uploaded her very first video onto YouTube in 2017. After posting content on a daily basis, one of her videos titled We All Owe The Dollar Store An Apology, went viral. Her channel rapidly gained a large following due to her DIY videos. Soon after, she took her vlogging escapades to new heights by forming the Sister Squad with fellow YouTube content creators, James Charles and The Dolan Twins.

After building a successful internet career, she even set forth into the world of entrepreneurship with her very own online mail-order coffee company, Chamberlain Coffee.

It wasn’t long before multiple media outlets took notice of this YouTube star and featured her in articles and even on magazine covers. Among these prominent publications are Vogue Australia, Allure, and Nylon. Her popularity even gained her a hosting stint at the Teen Vogue Generation Next event during New York Fashion Week. To add to her collection of milestones, TIME Magazine included this rising internet personality in its TIME 100 Next list and 25 Most Influential People On The Internet.

How can I book Emma Chamberlain?

The team at Talent Connect is composed of highly skilled, friendly, and professional booking agents who specialize in connecting public figures and entertainers, such as Emma Chamberlain, for corporate events, private parties, media appearances, speaking engagements, influencer marketing, and non-profit events. It’s our job to provide you with comprehensive information on artists’ booking prices and availability. Reach out to Talent Connect for more information, and we’ll be glad to assist you with all your entertainment booking queries.

How can I get in touch with Emma Chamberlain for media inquiries?

Reaching out to celebrities, Youtubers, and public figures, like Emma Chamberlain, has never been this easy, thanks to Talent Connect’s exceptional integration and communication with the artist’s management team or agents. Give us a call or send us an email to get in touch with Emma Chamberlain’s representatives.

Getting in touch with Emma Chamberlain’s management in a direct manner would not be as convenient or efficient as it would be if you employed the assistance of a booking agency, such as Talent Connect. This is because artists’ management teams always reach out to our office for smooth and well-structured connections between clients and the artists they want to work with. You can trust Talent Connect for seamless, consistent, and valuable transactions.

What is Emma Chamberlain’s booking fee?

If you would like to book acts, like Emma Chamberlain for your upcoming events, there will be a few factors that need to be considered before determining the final booking fee. This is largely due to their schedules, availability, and type of event. Reach out to our office, and our friendly booking agents will gladly provide you with booking prices and other essential details regarding Emma Chamberlain or other popular artists to complete your upcoming events.