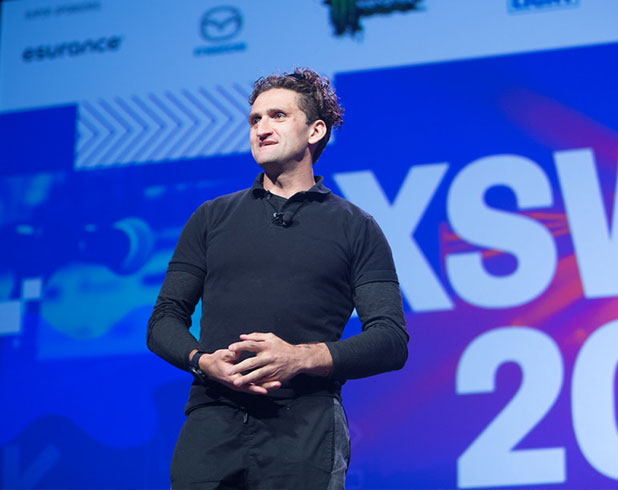 Playfully known as “That Guy From YouTube,” Casey Neistat has propelled to fame as a filmmaker, YouTube celebrity, and co-founder of the multimedia mobile application, “Beme,” which was acquired by CNN. Casey Neistat has so far gained 12.3 million YouTube subscribers who enjoy watching his diverse video content.  With 3.2 million followers on Instagram, Casey Neistat also gives the public a glimpse into his colourful personality and profession.

With an X-factor that everyone loves, YouTubers like Casey Neistat are the type of people you want to have on board to help you boost brand awareness and equity. If you have been looking for the perfect brand ambassador for your next campaign, Casey Neistat is the man for the job.

If you want to contact Casey Neistat, Talent Connect is here to make it happen! While our agency does not directly represent our vast and diverse pool of celebrity contacts,our team’s objective is to help you get in touch with Casey Neistat agent or manager. Talent Connect is dedicated to assisting you achieve promotional success for your business, product, or services via celebrity endorsements from famous personalities like Casey Neistat. You build the campaign, and we’ll spark the connection. 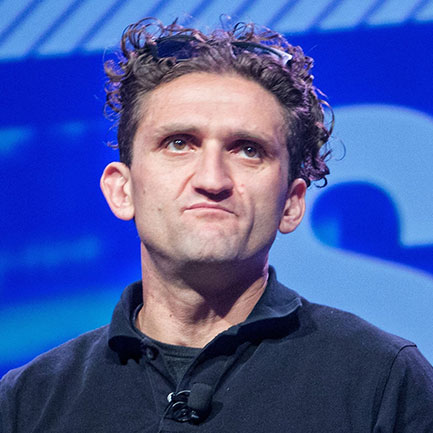 Casey Neistat was born on March 25, 1981, in Gales Ferry, Connecticut. Alongside his brother, Casey Neistat kicked off his career as a filmmaker in 2001. His early cinematic work revolved around the sculptures and installations of contemporary artist, Tom Sachs.

Casey Neistat first gained international recognition in 2003 when he produced a three-minute film, titled “iPod’s Dirty Secret.” In the clip, he addressed Apple’s lack of battery replacement programs for their iPod collection of portable media players. While the project was extremely rebellious, it was still received positively by millions of people across the world.

The risky move panned out perfectly for Casey Neistat’s career, emphasizing his true knack for creating eye-catching and thought-provoking content. After all, content creation is art, and art needs to stir the pond. His viral video even encouraged Apple to implement a battery replacement policy a mere two weeks after it was released. While there is no direct proof that the two events are connected, we can say it’s a testament to Casey Neistat’s valuable impact in the digital world.

Casey Neistat’s YouTube channel was launched in 2015, where he uploads daily vlogs regarding a variety of topics that truly piqued people’s interests, including family,  travel, food, technology, and inspirational content. With a massive number of followers, Casey Neistat has formed a virtual community of people who share similar interests.

Thanks to his influential skills, he has managed to make YouTube his playground while spreading fun content and garnering a few awards along the way. The accolades he has won include five Streamy Awards and an Independent Spirit Award.

How can I book Casey Neistat?

Talent Connect’s objective is to connect you with premier YouTube personalities, like Casey Neistat, to book them for your brand’s media appearance, brand endorsements, corporate events, private parties, speaking engagements, and more. If you would like to book YouTube sensations like Casey Neistat, our team will be happy to assist you!

How can I get in touch with Casey Neistat for media inquiries?

While most popular Youtube icons like Casey Neistat are keen on responding to media inquiries, you may encounter a few roadblocks, such as obtaining inaccurate or outdated contact information. Talent Connect is here to ensure that you are protected from these inconveniences with our top-quality services and reliable industry contacts. Book Casey Neistat for various media appearances, such as virtual events, TV appearances, podcasts, magazine articles, and more!

Usually, the management of YouTubers and celebrities are accommodating towards opportunities from businesses and organizations. However, communication gaps are unpredictable and can occur when you least expect them. By having inaccurate contact information or catching them on a busy day, messages could accidentally be overlooked.

If you need to contact Casey Neistat’s agent or manager quickly and efficiently, our experienced team of professionals can make all the necessary arrangements for you. Talent Connect combines expertise in connecting celebrities to our clients with a vast pool of industry contacts to spark the connection you are looking for. Reach out to our office today for comprehensive booking information.

What is Casey Neistat’s booking fee?

Much like most content creators and celebrities, Casey Neistat’s booking fees may vary depending on a variety of factors, including:

There may also be supplementary costs that are not included in the flat rate. This includes transportation expenses and hotel accommodations. For more information about Casey Neistat’s booking fee and schedules, please feel free to contact our team.