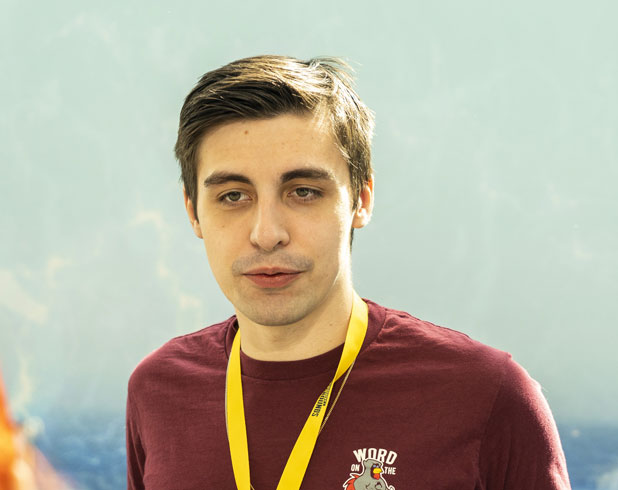 Shroud, also known as Michael Grzesiek, is a well-known professional gamer, streamer, Youtuber, Internet Personality, and former professional eSports player. He is most known for being one of the most accurate gamers and consistently showcases his incomprehensible aim while playing various first-person shooter games. He consistently streams live on Twitch for his 8.5 million followers (and counting.)

If you’re looking to book Shroud for a brand endorsement, corporate event, private party, and so on, Talent Connect can help you arrange it! We are a top-notch talent booking agency situated in Toronto, Canada. Although we do not represent our vast pool of celebrity contacts directly, our dedicated team will be able to help you connect with Shroud’s agent or Shroud’s manager. Furthermore, we can create a customized marketing strategy or campaign for your brand, which involves your chosen celebrity/influencer. You plan the campaign; we’ll make the connection. 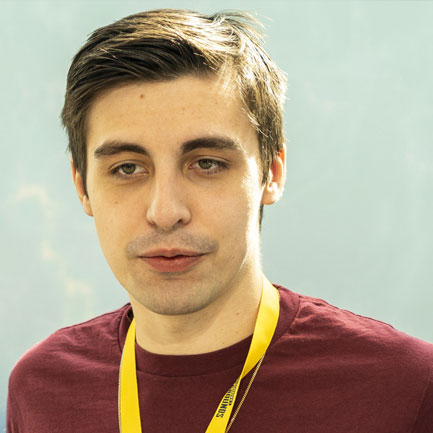 Michael Grzesiek, better known by his online alias “Shroud,” was born on June 2, 1994, in Toronto, Canada. He started his career as a professional gamer in 2013, playing Counter-Strike: Global Offensive for the ESEA team, Slow Motion. In 2014, he joined Exertus and then Manajuma. Within the same year, Shroud was signed as a stand-in by compLexity Gaming to replace  Todd “anger” Williams. And when Cloud9 acquired compLexity GamingcompLexity Gaming was acquired by Cloud9 in August that same year, Shroud joined their main roster as a rifler.

While playing for the ESEA team Cloud9, Shroud was able to shine as a professional gamer, winning podium places at various S-Tier tournaments. In August 2017, however, Shroud stepped down from the main roster of Cloud9 but stayed as a stand-in player while also working on streaming more on Twitch. The following year, Shroud announced that he would be retiring from playing CS:GO professionally and leaving Cloud9.

But this wasn’t the end of Shroud’s gaming career. After retiring from CS:GO, he focused on being a full-time Twitch streamer, typically playing games within the battle-royale genre, such as PUBG, Fortnite, and Apex Legends. He became one of the most popular streamers on the platform.

However, on the 24th of October, 2019, Shroud announced via Twitter that he will be leaving Twitch and moving to Mixer. Within the next few hours, the story was covered by various news outlets; and almost instantly, Shroud gained over 340,000 followers on Mixer within the following 24 hours.

In June 2020, Mixer was shut down by Microsoft. Shroud then announced on Twitter that he would be returning to Twitch under an exclusive streaming deal. His first stream upon coming back to Twitch received over 516,000 views. It’s clear that Shroud is well-loved by his fans.

It’s also clear that Shroud loves what he does and shows consistency with streaming full-time for his viewers. As of late 2020, Shroud has streamed over 7,900 hours on Twitch, garnering over 395 million views. He also actively posts highlights of his games on Youtube for the viewing pleasure of his 6.65 million subscribers.

How can I book Shroud?

So if you are thinking of booking Shroud, we would be happy to do the work for you!

How can I get in touch with Shroud for media inquiries?

Although top celebrities like Shroud are frequently receptive towards media inquiries, there are just plenty of communication barriers that can get in the way. You might have stumbled upon outdated/false contact information or perhaps your message was unintentionally overlooked. This can cause plenty of delays.

Talent Connect is here to make sure that you don’t run into such barriers. With our dedicated service, you will be able to seamlessly book top-notch Internet personalities like Shroud for your virtual events, podcasts, feature articles, TV appearances, and much more!

The management of top celebrities like Shroud are typically receptive to opportunities from organizations and businesses. However, you may encounter specific challenges along the way that could delay or keep your messages from reaching the right people. We are here to help!

With our vast network of contacts and expertise, we can effectively get you connected with Shroud’s agent or Shroud’s manager.

However, this is not the limitation of our services; there’s more that we can do for you!

If you are interested in brand endorsements, we can create a custom marketing campaign for your business with the influential personality of your choice.

What is Shroud’s booking fee?

Various factors, such as the following, can influence Shroud’s booking price:

There may also be additional expenses that are not included in the flat rate – such as travel expenses, hotel costs, and transportation towards the location for in-person events. Our team can help you sort out the costs and even fetch you the best prices for your celebrity booking.

If you’re curious about what we can do for you, please feel free to reach out. Simply tell us more about the engagement that you need from Shroud (e.g. for an event, party, media appearance, brand endorsement), and we will be in touch with you as soon as possible!