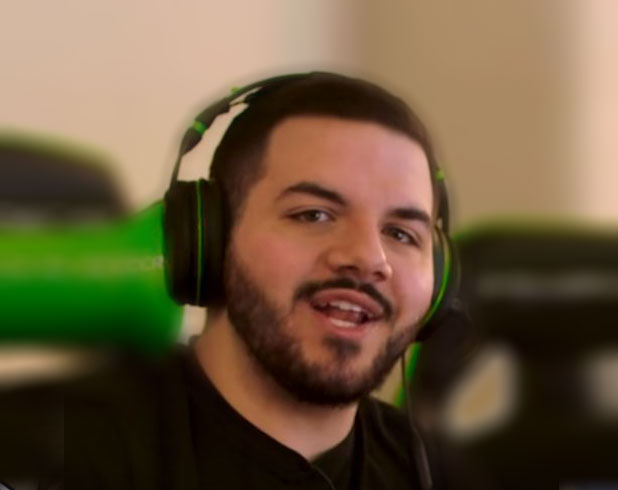 Partnering with CouRage JD can take your campaign game to the next level. He’s a pro-gamer and Youtuber who has not only participated in some of the most significant gaming events in the world but has hosted them as well, like the 2019 “Fortnite World Cup”. He’s also a content creator for the elite team “100 Thieves”. The internet celebrity currently has 3.23 million subscribers on Youtube and 1.7 million Instagram followers. With this amount of influence, you just know your campaign could skyrocket with a bit of “CouRage”.

Talent Connect’s mission is to kickstart the booking process for your events and campaigns. Our team does not directly represent the public figures in our vast database, but we’ll make sure you get in touch with these celebrities for your business, product, or service endorsements. With Talent Connect, reaching out to CouRage JD’s agent or manager will be a trouble-free process. 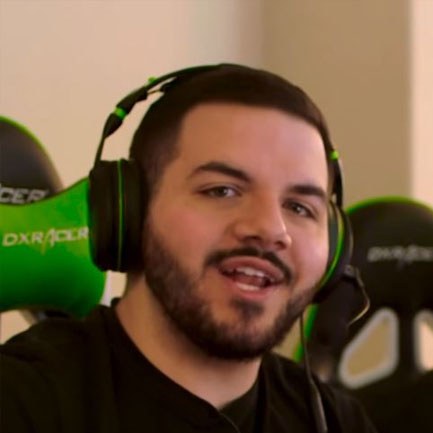 Jack Dunlop was born on April 24, 1994, in New Jersey, USA. Today, he’s known as pro-gamer CouRage JD to millions of people all over the world. Before fully focusing on his gaming career, he completed his degree in Electronic Media and Film at Towson University in Maryland. The immense amount of success he has found in the gaming industry all started with an Xbox. During his middle school and high school years, he spent a lot of time playing “Halo” and “Call of Duty”.

It was in 2007 when CouRage JD first got into eSports. He started watching matches for “Halo” and “Call of Duty”, some of which gamer Chris Puckett was a part of. CouRage JD began following his career and even ended up befriending Chris after meeting him at events.

In 2014, he got an internship at the Major League Gaming Corp., where he mostly did background support at events. While working at MLG, he was suddenly chosen to host one of their daily live shows after his friend, Chris Puckett, felt unwell. The company was so impressed by his work that he was asked to co-host for the next six weeks. This led to CouRage JD hosting and casting a bunch of major “Call of Duty” eSports events, like the Call of Duty World League Championships from 2016 to 2018, the MLG Pro League tournaments from 2014 to 2016, and the UMG tournaments from 2015 to 2016.

From 2015 to 2017, CouRage JD also hosted “Halo” and “World of Warcraft” events. Soon after, he launched his YouTube and Twitch channels, on which he quickly gained millions of followers. While focusing on casting, he balanced streaming gameplays on his channels at the same time. He decided to pursue streaming full-time in 2018.

2019 ended up being another huge year for CouRage JD, as he participated in and cast the Fortnite World Cup. He also was paired up with Panic At The Disco’s Brendan Urie at the Fortnite Pro-Am 2019. This was the same year he officially became a member and content creator of the eSports team “100 Thieves”. 2019 saw CouRage JD make the big switch from Twitch to streaming exclusively on Youtube.

When CouRage JD isn’t busy gaming or hosting, you’ll find him making random viral videos on Youtube. One of these would be his parody video of “Boyfriend” by Ariana Grande. The pop-star even appeared in this video, and the two eventually formed an adorable friendship! That friendship was solidified when he made an appearance in Ariana Grande and Justin Bieber’s music video for “Stuck With U” in 2020. CouRage JD isn’t just making waves in the gaming world; he’s got some Hollywood credits up his sleeve too.

In 2020, CouRage JD used his platform to raise money for COVID-19 relief. The gamer held a 12-hour charity birthday stream that raised more than $500,000, which he donated to the CDC. With his massive impact on the community, CouRage JD redefines what it means to be a gaming influencer.

How can I book CouRage JD?

Contacting public figures for brand endorsements, media appearances, speaking engagements, private parties, or corporate events has never been easier with Talent Connect. Get in touch with our team, and we’ll make the connection between you and CouRage JD’s manager or CouRage JD’s agent.

How can I get in touch with CouRage JD for media inquiries?

One of the common problems in booking public figures is having outdated or false contact information. Our team is your go-to source for reliable and accurate contact details. Reach out to Talent Connect for a hassle-free booking process. We’ll help you get in touch with CouRage JD’s agent or CouRage JD’s manager.

You’ll find that gaming influencers’ management, like CouRage JD,  is usually responsive to inquiries from businesses and organizations. However, communication failures can still quickly occur. This will end up delaying your campaign. To avoid a setback like this, get in touch with Talent Connect. Our reliable industry contacts make the booking process quick and easy.

What is CouRage JD’s booking fee?

CouRage JD’s booking fee depends on factors such as:

Hotel accommodations, travel expenses, and transportation for in-person events are some of the additional costs that may need to be shouldered too, aside from the flat booking fee. Contact Talent Connect for more info on CouRage JD’s booking details!