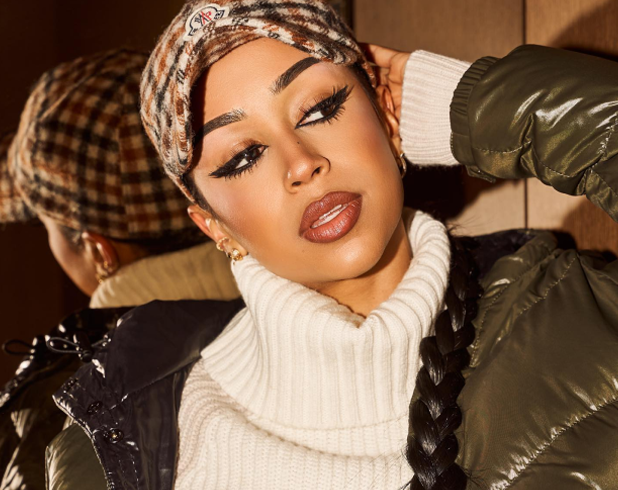 Liza Koshy is an American actress and media personality with over 17 million YouTube subscribers. She’s also made various film and TV appearances, including Freakish, Escape the Night, and Liza on Demand.

There’s no denying that this multifaceted artist is also a multi-awarded entertainment magnate—and the perfect muse for your next campaign or event.

Making a connection with the stars is made easy with Talent Connect.

Elizabeth Shaila Koshy, professionally known as Liza Koshy, is one of the most popular media personalities of this generation. Her duo of YouTube channels commands a combined total of over three billion views, and her trophy case holds four Teen Choice Awards, four Streamy Awards, and one Kids’ Choice Award.

Before she became the social media master and lovable actress that she is today, Liza Koshy first ventured into content creation on Vine in 2013. On top of that, she made her acting debut as Aday Walker in the horror comedy film, Boo! A Madea Halloween in 2016.

In 2019, she was included in the Forbes 30 Under 30 Hollywood & Entertainment list, and the Time list of 25 Most Influential People on the Internet.

Her most recent endeavors includes her title role in the self-produced YouTube Premium comedy series, Liza On Demand. The show ran from 2018 to 2021 and earned her multiple accolades.

Is Liza Koshy the perfect artist to be at the center of your next campaign or event? All signs point to yes.

How can I book Liza Koshy?

Getting in touch with popular artists and content creators like Liza Koshy begins right here at Talent Connect. We’ll kickstart the booking process for a variety of engagements, such as media appearances, brand endorsements, corporate events, private parties, speaking engagements, and more.

If you would like to connect with Liza Koshy’s agent or manager, our team will be glad to assist you!

How can I get in touch with Liza Koshy for media inquiries?

Connecting with famous personalities isn’t always easy—that’s where Talent Connect steps in. We’re here to ensure you avoid obstacles such as communication failures and overlooked inquiries. Start booking stars for a variety of media appearances, such as virtual events, podcasts, TV appearances, magazine feature articles, and more! Our team will get you in touch with Liza Koshy’s manager or agent without any hassles.

If you need to contact Liza Koshy’s agent or manager quickly and effectively minus any communication failures, our experienced team can do the work for you. Our expertise in making connections, along with our vast pool of up-to-date contacts, will allow us to help make that connection you’re looking for.

What is Liza Koshy's booking fee?

Similar to other actors and influencers, Liza Koshy’s booking fee varies depending on a number of factors such as:

There might also be additional expenses that are not included in the booking’s flat rate, such as travel expenses, hotel accommodations, and transportation for in-person events. To learn more about Liza Koshy’s booking fee, start connecting with us.