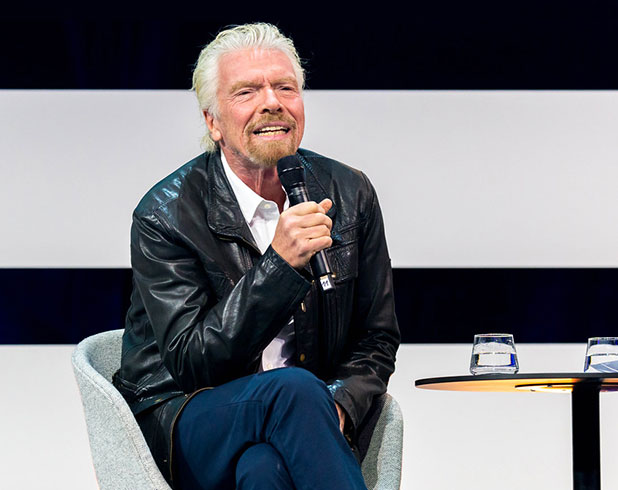 Richard Branson is a business magnate, author, and investor. Starting out his notable career in 1970, he founded the affluent conglomerate, Virgin Group, which skyrocketed to success. Today, the organization governs more than 400 companies in a wide range of fields. Spanning multiple sectors, such as travel, health, leisure, music and entertainment, telecoms, media, space, and financial services, Richard Branson managed to build one of the most successful empires in the world.

When it comes to finding reliable sources with only the most updated and accurate celebrity contact information, you can trust Talent Connect. While our team is not a direct representative of the public figures in our growing roster, we do specialize in obtaining all the necessary connections to get you in touch with your next brand endorser. Reach out to Talent Connect to start booking Richard Branson for business, product, or service endorsements. 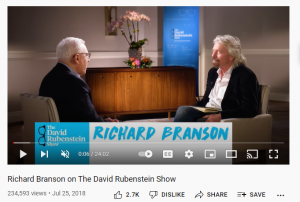 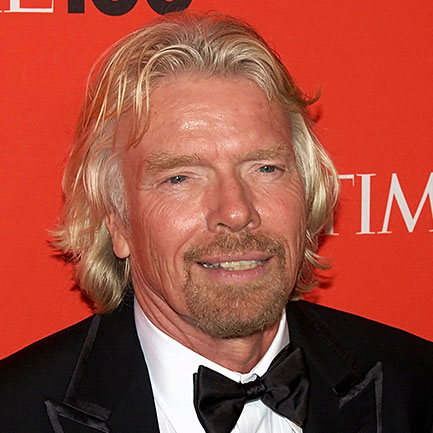 Richard Branson is the English business mogul, investor, and author behind the global conglomerate, Virgin Group. Growing into a sizable business venture that controls over 400 companies in multiple fields, Richard Branson became a name, a face, and a brand that everybody knew.

Expressing interest in the world at a young age, he launched a magazine called “Student”, his debut business venture, at 16 years old.

The empire that we now know as Virgin Group was initially kicked off as a mail-order record business in 1970, which took a mere two years to evolve into Virgin Records. The rapidly growing success of his brand gave birth to Virgin Atlantic, Virgin Records’ music label, and spaceflight corporation Virgin Galactic.

Shining the spotlight on Virgin Records, in particular, the company was known to take calculated risks early on by signing unconventional acts that soon propelled to unprecedented levels of international fame. Some of the record-breakers that Virgin Records helped catapult into stardom include Sex Pistols, Rolling Stones, Peter Gabriel, XTC, Japan, UB40, Paula Abdul, and Steve Winwood.

As Virgin Group grew into a strong pillar in the business industry, so did Richard Branson as a public figure. Since 1992, the conglomerate magnate has been receiving one accolade after the other. This includes the “Tony Jannus Award” for his accomplishments in commercial air transportation, the “Business For Peace Award” from the Business for Peace Foundation in Oslo, Norway.

In 1999, he embarked into the field of humanitarianism by becoming a founding sponsor of the International Centre for Missing & Exploited Children (ICMEC). The objective of the organization was to help locate missing children and halt exploitation.

Aside from being a well-established business tycoon, Richard Branson has officially been dubbed as Sir Richard Branson since the year 2000, when he was knighted for his services to entrepreneurship.

There is no doubt about it that Richard Branson is a multifaceted business mogul who has built his path into becoming a master of all trades, and now he might even add your brand’s name to his repertoire of media appearances.

How can I book Richard Branson?

When booking prominent business figures, like Richard Branson, you want to make sure the process is quick and efficient. That’s where Talent Connect comes in. Our team will help you get in touch with Richard Branson’s agent or manager for media appearances, speaking engagements, brand endorsements, corporate events and private parties. All you have to do is connect with us.

How can I get in touch with Richard Branson for media inquiries?

If you would like to book Richard Branson for digital events, podcasts, TV appearances, or magazine features, our team can make it happen for you. With the help of Talent Connect, you won’t have to worry about encountering hindrances when reaching out to celebrities with busy schedules. Talent Connect ensures that your inquiries and bookings won’t be overlooked. To begin contacting Richard Branson’s agent or Richard Branson’s manager, reach out to our office.

Getting in touch is the step number one! Talent Connect is a team of experts that can create a reliable connection between your company and Richard Branson’s management. With our vast network of industry contacts, kickstarting your celebrity endorsements will be a breeze. Connect with our team for more information on Richard Branson’s contact information.

What is Richard Branson’s booking fee?

The booking fee of business magnates, like Richard Branson, depends on the following factors:

Hotel accommodations, travel costs, and transportation for in-person events are some of the other fees to take into account aside from the flat booking price. Get more details on Richard Branson’s booking fee by contacting Talent Connect.