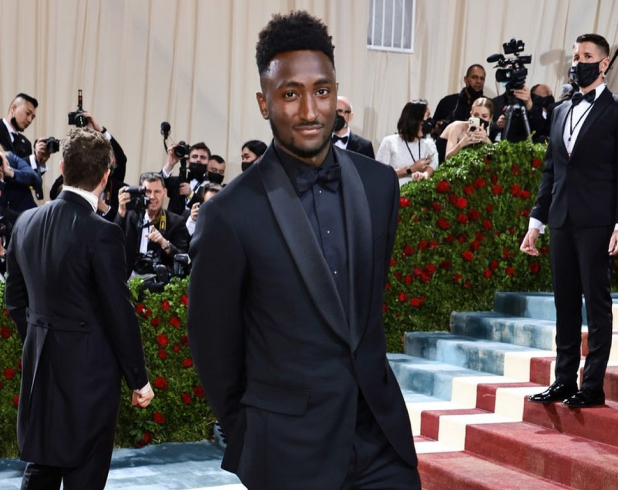 Today, there’s a plethora of successful personalities making their mark in the world of digital content creation. One of the youngest and leading technology-based content creators is Marques Brownlee, also professionally known as MKBHD.

An ultimate Frisbee player, Marques Brownlee has taken his fame to the next level with his YouTube channel that features comprehensive information on innovative technology and compelling online reviews of the latest gadgets on the market. As of writing, Marques Brownlee has amassed over 14.3 million subscribers and more than 2.27 billion total video views on YouTube.

With an impressive content creator career of this magnitude, there is no doubt that Marques Brownlee’s online presence, talent, and massive social media following are the perfect elements to elevate your next business campaign or event.

If you are interested to contact Marques Brownlee, Talent Connect is here to make it happen! While our agency does not directly represent our vast and diverse pool of celebrity contacts, it is our team’s objective to help you get in touch with Marques Brownlee’s agent or manager. Talent Connect is dedicated to assisting you achieve promotional success for your business, product, or services via celebrity endorsements from famous personalities like Marques Brownlee. Come up with a brilliant campaign, and we’ll make the connection. 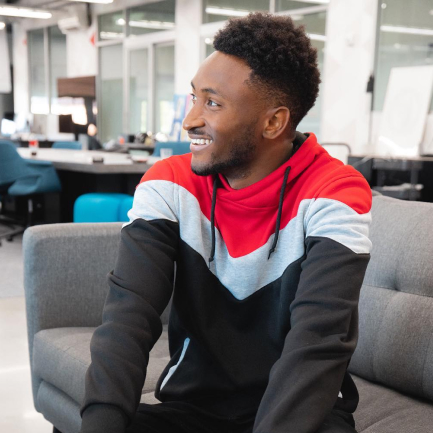 Marques Keith Brownlee was born on December 3, 1993, and grew up in Maplewood, New Jersey. Majoring in business and information technology at Stevens Institute of Technology, it was clear that he was destined for a prestigious digital career.

Marques Brownlee’s YouTube success started during his high school years in 2009 when he first began uploading gadget reviews. After graduating in 2015, he embarked on becoming a full-time YouTube content creator under the channel name, MKBHD. Marques Brownlee has solidified his status as one of the greatest digital content creators in the world, with more than 14.3 million YouTube subscribers.

Brownlee’s successful career has traversed multiple facets. He also starred in YouTube Rewind videos where he did one-on-one interviews with technology leaders, like Motorola CEO Dennis Woodside, Apple’s Senior VP Craig Federighi, and other legendary icons, including  Bill Gates, Elon Musk, Mark Zuckerberg, and Evan Bass. Branching out into the industry of sports, he also had the opportunity to interview NBA basketball star, Kobe Bryant.

In 2014, Marques Brownlee launched his very own Smartphone Awards series, where he selects the best mobile phones in specific categories annually.

Exhibiting massive expertise in his line of work, Marques Brownlee was honored in Forbes 30 Under 30’s the social media category.

How can I book Marques Brownlee?

Talent Connect’s goal is to connect you with popular YouTube personalities, like Marques Brownlee, so you can book them for a vast variety of business engagements, such as media appearance, brand endorsements, corporate events, private parties, speaking engagements, and more. If you would like to book an influential digital celebrity like Marques Brownlee, our team will be happy to assist you!

How can I get in touch with Marques Brownlee for media inquiries?

While most high-profile YouTube icons like Marques Brownlee are keen on responding to media inquiries, you may encounter a few hindrances in making a successful connection. The most common roadblock is obtaining inaccurate or outdated contact information. Talent Connect is here to ensure that you avoid these inconveniences with our premier services and reliable industry contacts. Book Marques Brownlee for various media appearances, such as virtual events, TV appearances, podcasts, magazine articles, and more!

The management of esteemed public figures and celebrities are receptive to opportunities from businesses and organizations. However, communication gaps are unpredictable and can occur when you least expect them. By having unreliable contact information or catching them during a busy time, messages could accidentally be overlooked.

If you need to contact Marques Brownlee’s agent or manager fast and efficiently, our experienced team of professionals can make all the necessary arrangements for you. Talent Connect boasts expertise in connecting celebrities to our clients’ brand identity and campaign goals. Reach out to our office today for comprehensive booking details.

What is Marques Brownlee’s booking fee?

Much like most content creators and celebrities, Marques Brownlee’s  booking fees may vary depending on a variety of factors, including:

There may also be supplementary costs that are not included in the flat rate. This includes transportation expenses and hotel accommodations. For more information about Marques Brownlee’s booking fee and schedules, please feel free to contact our team.