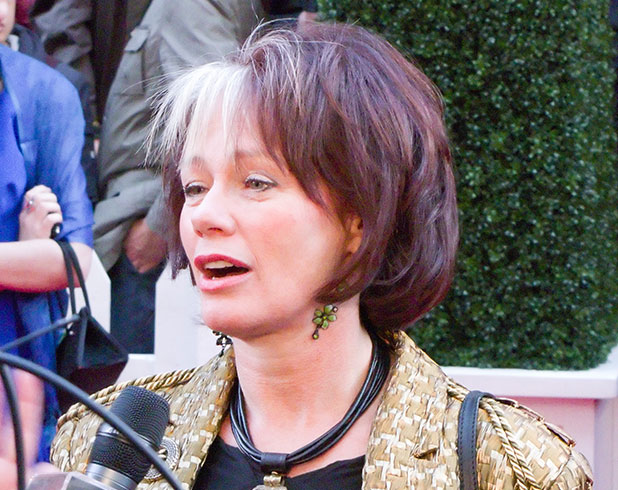 As a successful multi-faceted businesswoman, Arlene Dickinson can help in raising brand awareness and brand equity for your company. Known for her endeavours as a Canadian businesswoman, author, investor, and television personality, Arlene Dickinson personifies a powerful modern-day woman. She is the General Partner of District Ventures Capital, CEO of Venture Communications, and is represented by CBC Television.

If you want to reach out to Arlene Dickinson, Talent Connect is here to make it happen! While our agency does not directly represent our vast and diverse pool of celebrity contacts, our team can help you get in touch with Arlene Dickinson’s agent or manager.

Talent Connect is dedicated to achieving promotional success for your business, product, or services via celebrity endorsements from famous personalities like Arlene Dickinson. You plan the campaign, and we’ll make the connection.

Arlene Dickinson was born on October 8, 1987, in Germiston, South Africa and was raised in Canada. In 1988, she joined Venture Communications and eventually assumed sole ownership 10 years later. She transformed the local company into one of Canada’s largest independent marketing and communications firms. With offices in Calgary and Toronto, there is no doubt about Arlene Dickinson’s business prowess.

Fast forward to 2012, the world saw the business maven launch Arlene Dickinson Enterprises with the goal of funding Canadian entrepreneurship efforts. She has invested in companies, such as Urban Cultivator, Balzac’s Coffee Roasters, and The Carbon Farmers.

As a successful self-made millionaire, Arlene Dickinson has also embarked into the realm of public speaking, and is represented by multiple speaking bureaus. Branching out to the digital aspect of business, Arlene Dickinson also established YouInc.com, a social website designed to shine the spotlight on entrepreneurial lifestyles.

She also founded District Ventures, an intensive learning program for accelerating business growth in the food, beverage, and wellness sectors. The program offers interactive classroom sessions wherein participants receive one-on-one guidance from industry specialists and additional support from a brilliant team of mentors. District Ventures swiftly became one of Canada’s most esteemed venture capital funds for startups and innovations in the business world.

She is also a self-published author who has written several bestselling books, including “Persuasion,” “All In: You, Your Business, Your Life,” and “Reinvention: Changing Your Life, Your Career, Your Future.”

Arlene Dickinson has also taken her business know-how to TV screens by joining the hit reality show, “Dragons’ Den” and its spinoff, “The Big Decision.” Her other media appearances include “Murdoch Mysteries,”“Recipe to Riches,” and “Under New Management.” She has also launched her own podcasts, “The Business Of Life” with Jann Arden,  and the more recent “Reinvention,”wherein she shares helpful advice and inspirational nuggets of wisdom.

How can I book Arlene Dickinson?

Talent Connect’s goal is to connect you with revered business leaders like Arlene Dickinson to book them for media appearances, brand endorsements, corporate events, private parties, speaking engagements, and more. If you would like to book premiere business magnate Arlene Dickinson, our team will be happy to assist you!

How can I get in touch with Arlene Dickinson for media inquiries?

While most high-profile business icons like Arlene Dickinson are usually keen on responding to media inquiries, you may encounter a few obstacles in making a quick connection, such as getting false or outdated contact information. Talent Connect is here to ensure that you don’t waste time with these inconveniences with our top-tier services and reliable industry contacts. Book Arlene Dickinson for a variety of media appearances, such as virtual events, TV appearances, podcasts, magazine articles, and more!

Typically, the management of esteemed business personalities and celebrities are receptive to opportunities from businesses and organizations. Nevertheless, communication gaps are unpredictable and can occur at any given time. By having inaccurate contact information or catching them during a busy season, messages could easily be overlooked.

If you need to reach out to Arlene Dickinson’s agent or manager fast and effectively, our experienced team of professionals can do all the heavy lifting for you. Talent Connect boasts expertise in connecting our clients to a vast pool of industry contacts to spark the connection you are looking for. Reach out to our office today for a comprehensive booking information.

What is Arlene Dickinson’s booking fee?

Much like most business leaders and celebrities, Arlene Dickinson’s booking fees may vary depending on a variety of factors, including:

There may also be supplementary costs that are not included in the flat rate. This includes travel expenses and hotel accommodations. For more information about Arlene Dickinson’s booking fee and schedules, please feel free to contact our team.