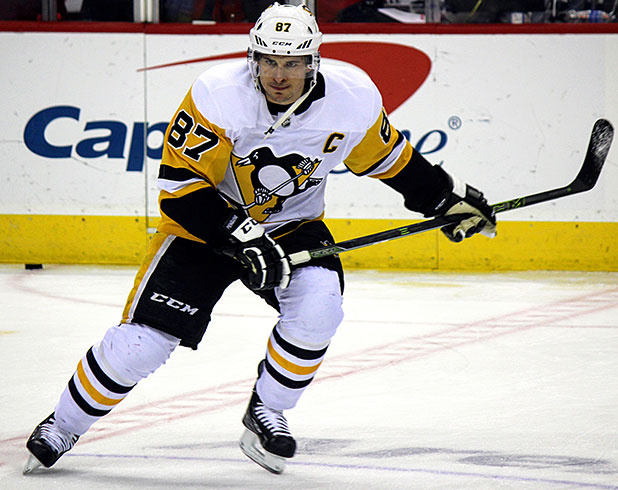 An athlete of Sidney Crosby’s stature can help in increasing brand awareness and brand equity for your business. Sidney Crosby is a Canadian professional ice hockey player and captain of the Pittsburgh Penguins of the NHL. Crosby is known for being the youngest player in the NHL to score 100 points in a single season and as the youngest recipient of the Art Ross Trophy. The talent and consistency he has exhibited through the years allowed him to gain millions of fans and over 550,000 followers on social media, making him the perfect choice for your next campaign.

If you are looking to contact Sidney Crosby, we’re here to help! While Talent Connect does not directly represent our growing pool of celebrity contacts, our team can help you to get in touch with Sidney Crosby’s agent or manager. We are dedicated to helping you successfully promote your business, product, or services through celebrity endorsements from well-known personalities like Sidney Crosby. You plan the campaign, we’ll make the connection.

Sidney Crosby was born on August 7, 1987, in Nova Scotia, Canada. As the son of a goaltender drafted by the Montreal Canadiens, Crosby was able to skate at an early age of three. By the time he was a high school sophomore, Crosby scored 72 goals and had 90 assists in a total of only 57 games. It was clear that Crosby was showing great potential early on.

In 2003, he was drafted by Rimouski Oceanic, a Quebec Major Junior Hockey League team. Crosby scored 120 goals and had 183 assists in a total of 121 games over the course of two years. In each of these years, Crosby was named Canada’s top junior player. Crosby also joined the Canadian National Junior Hockey team and became the youngest player ever to score a goal for the team. This trend of being the “youngest-ever” to accomplish a feat in the sport of hockey would continue throughout Crosby’s career.

In the 2005 NHL draft, the Pittsburgh Penguins drafted Crosby—who was only 18 years old at the time—as their top pick. And by the end of his first season in 2006, Crosby became the youngest NHL player to score at least 100 points (which included goals and assists) within just one season.

The following hockey season, Crosby continued to deliver; he scored 120 points in 79 games. It’s no surprise to anyone that in 2007, (the end of Crosby’s second season with the Pittsburgh Penguins), he was awarded the Art Ross Trophy, which is given by the NHL to players who lead the league in points by the end of the season.

Within the same year, Crosby was appointed the captain of the Penguins, becoming the youngest captain of a NHL team. Crosby led the Pittsburgh Penguins to three Stanley Cup championships (2009, 2016, and 2017). This was in spite of a major concussion injury that he sustained in 2011—a testament to this exemplary athlete’s fighting spirit and determination to keep going.

In addition to Crosby’s numerous NHL accomplishments, he was also a key member of the Canadian men’s hockey team for the 2010 Olympic Winter Games in Vancouver and the 2014 Winter Games in Russia. From these two tournaments, Crosby collected a total of two Olympic gold medals.

How can I book Sidney Crosby?

Talent Connect can connect you with highly acclaimed athletes like Sidney Crosby in order to book him for a variety of engagements such as media appearances, brand endorsements, corporate events, private parties, speaking engagements, and more. If you would like to book Sidney Crosby, one of the most notable hockey players and captains of our time, our team will be very happy to assist you!

How can I get in touch with Sidney Crosby for media inquiries?

Though most high profile athletes like Sidney Crosby are keen on responding to media inquiries, you may encounter a number of obstacles in making a connection. The most common obstacle is having false or outdated contact information. We’re here to ensure you avoid these obstacles with our premier services and industry contacts. Book Sidney Crosby for a variety of media appearances such as virtual events, podcasts, TV appearances, magazine feature articles, and more!

Typically, the management of top athletes and celebrities are open and receptive to opportunities from businesses and organizations. However, communication gaps can occur at any point. You may have the wrong contact information or busy schedules may result in overlooked messages. If you need to contact Sidney Crosby’s agent or Sidney Crosby’s manager quickly and effectively, our experienced team can do the work for you. Our expertise in making connections, along with our vast pool of up-to-date contacts, will allow us to help make that connection you’re looking for.

What is Sidney Crosby’s booking fee?

Similar to other athletes and celebrities, Sidney Crosby’s booking price varies depending on a number of factors such as:

There might also be additional expenses that are not included in the booking’s flat rate, such as travel expenses, hotel accommodations, and transportation for in-person events. To learn more about Sidney Crosby’s booking fee, reach out to our team.