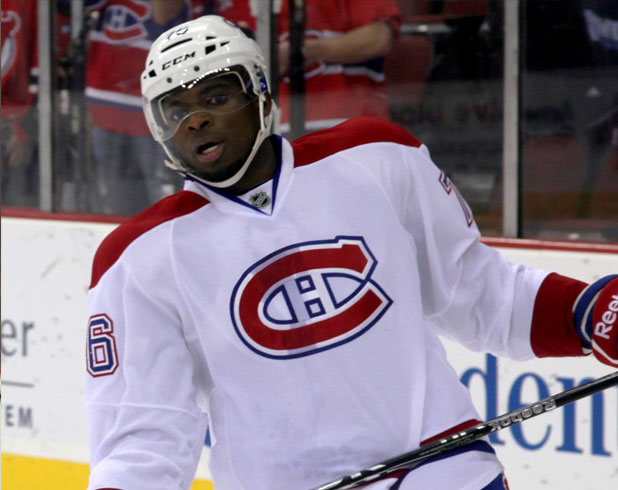 P.K. Subban is a professional hockey player for the “New Jersey Devils”. Because of his spectacular skills in the sport, he was once named “NHL’s Defenceman of the Year”. This hockey player isn’t just an accomplished athlete, he’s also the host of “P.K. Subban’s Ugly Duck Podcast”. Known for his authentic personality and impeccable fashion sense, P.K. is a huge social media figure with over 1 million followers on Instagram. If you’re looking for an athlete endorser who excels in various fields, it’s P.K. Subban.

To get the most accurate contact information of the world’s biggest athletes, contact Talent Connect. We are not a direct representation of the personalities in our huge database, but we have a wide network of industry contacts that will ensure a speedy booking process. To connect with P.K. Subban’s agent or manager for business, product, or service endorsements, contact our team! We’re the experts in kick-starting celebrity endorsements. 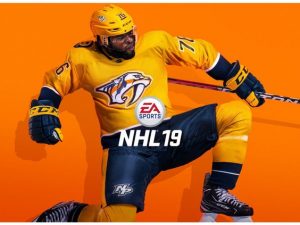 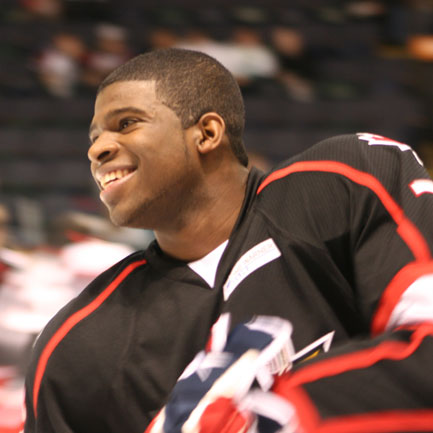 P.K. Subban was born on May 13, 1989, in Ontario, Canada. The love for hockey runs strong in the Subban family as two of P.K.’s siblings, Malcolm and Jordan, also play for the NHL. All three siblings spent their early years with the “Belleville Bulls” of the Ontario Hockey League. P.K. capped off his junior career with 76 points in 56 games during the 2008-09 regular season.

After being signed by the Canadiens in 2009, P.K. played for the “Hamilton Bulldogs” (an AHL affiliate) during the 2009-10 season. Soon after, he received a call-up to the Canadiens. P.K. proved to be such a huge asset on the rink that when the AHL season came to an end, he received the AHL President’s Award.

In 2013, the hockey player managed to record a career-high of 11 goals and 27 assists. At the end of the season, he was named “NHL’s Defenceman of the Year”. Just a few months later, P.K. was named to the NHL First All-Star Team. In 2014, he became the Canadiens’ alternate captain.

After playing for the Canadiens for a few years, P.K. went on to play for the “Nashville Predators” in 2016 and then finally the “New Jersey Devils” in 2019. At the end of his debut season with the Nashville Predators, he was nominated for the King Clancy Memorial Trophy —an award given to players who take part in philanthropic activities and exhibit great leadership skills.

P.K. Subban’s influence has even crossed over to the world of video games. In 2018, he was the cover athlete for the EA sports game “NHL 19”. Even his fashion sense is making waves as he was included in Sports Illustrated’s list of Top 50 Best Dressed Athletes that same year. In 2020, P.K. introduced the world to his impressive hosting skills when he launched his own show called “P.K. Subban’s Ugly Duck Podcast”, where he discusses everything hockey and even brings on athlete guests!

The NHL player has also taken part in several philanthropic efforts. In 2015, he voiced his plans to raise $10 million for the Montreal Children’s Hospital in the next seven years. He also established “P.K.’s Blue Line Buddies”, an amazing program that connects police officers and underprivileged youth by treating them to a night of hockey and meet & greets with NHL players.

How can I book P.K. Subban?

Talent Connect can help you book P.K. Subban for media appearances, speaking engagements, brand endorsements, corporate events, and private parties. Our team has one of the biggest databases of public figures, including professional athletes. Contact Talent connect and we’ll get you in touch with P.K. Subban’s agent or manager.

How can I get in touch with P.K. Subban for media inquiries?

Our team has all the answers to your celebrity media inquiries. With the help of Talent Connect, you never need to worry about communication gaps. Whether it’s for virtual events, podcasts, TV appearances, or magazine feature articles, we’ll assist you throughout the booking process. With our up-to-date celebrity contact information, Talent Connect is your most reliable source.

Contacting the management of famous athletes can have its obstacles if you’re not assisted by the right team. To avoid obstacles such as false or outdated contact information, get in touch with Talent Connect. Our team can make sure your celebrity bookings are quick and efficient. We’ll connect you with P.K. Subban’s agent or P.K. Subban’s manager.

What is P.K. Subban’s booking fee?

Aside from the flat booking fee, other costs like travel expenses, hotel accommodations, and transportation for in-person events would also need to be accounted for. Reach out to Talent Connect for more details on P.K. Subban’s booking price.