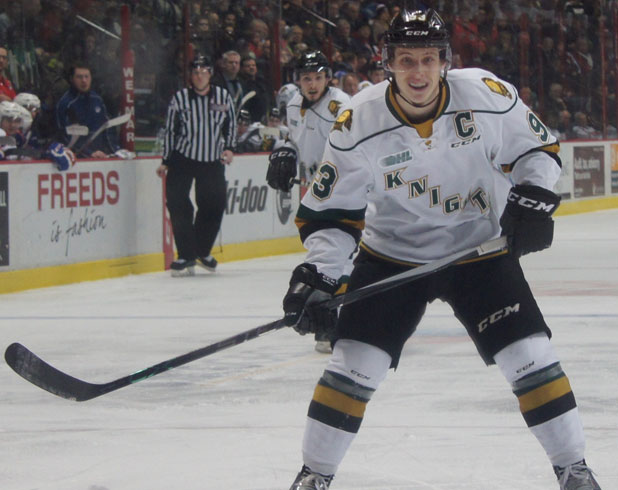 Not every athlete gets to say that they ended up playing for their favourite team, but Mitch Marner is living the dream. The professional hockey player now serves as the alternate captain and right-winger for the Toronto Maple Leafs — the team he always rooted for as a kid. Mitch Marner has over half a million Instagram followers, which is a clear indication of how big his name is amongst NHL fans. If you’re looking for an athlete who’s making waves, both on the hockey field and on social media, it’s Mitch Marner.

Talent Connect is your one-stop source for celebrity contact information. We don’t directly represent the public figures in our massive database, but our team of experts will make the VIP connection you’re looking for. For business, product, or service endorsements, Talent Connect will assist you in getting in touch with Mitch Marner’s agent or Mitch Marner’s manager. We’re here to help you add that celebrity factor to your event or campaign. 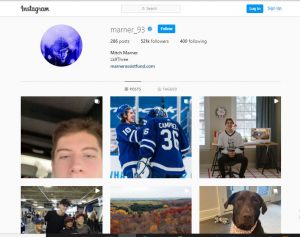 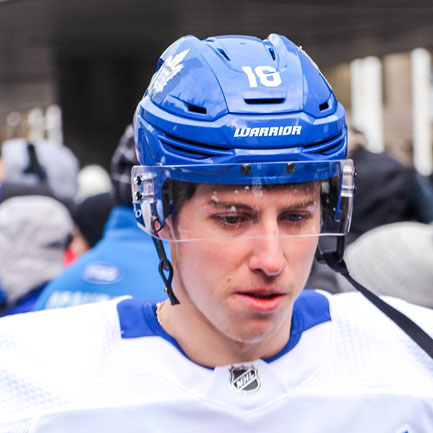 Mitch Marner was born on May 5th, 1997 in Ontario, Canada. Having developed an interest in ice-hockey as a child, Mitch spent his early teenage years playing for the “Vaughan Kings” and “Don Mills Flyers” of the Greater Toronto Hockey League, and the “St.Michael’s Buzzers” of the Ontario Junior A Hockey League.

In 2013, Mitch was drafted by the “London Knights”. As a rookie, his skills were already so impressive that he was soon named a runner-up for the OHL “Rookie of the Year”. His talent was clearly on another level as he just kept raking in accolades such as being named to the OHL “First-All Star Team”, and winning the “Jim Mahon Memorial Trophy” award.

Mitch became co-captain of the Knights and was even named the OHL’s “Most Outstanding Player of the Year”. In just one season, Mitch Marner won CHL “Player of the Year”, a Memorial Cup, a “Stafford Smythe Memorial Trophy”, a league MVP trophy, and the “Wayne Gretzky 99 Award”. No one could deny that Mitch was an unstoppable player in the rink, and so it wasn’t long before he was signed by the Toronto Maple Leafs in 2015.

In October 2016, Mitch made his much-anticipated National Hockey League debut. Just a few months later, he was named “Rookie of the Month” by the NHL! Fast forward to 2019 and Mitch was already rewriting Maple Leafs’ history. He became the first Maple Leaf player ever to begin an NHL career with 3 consecutive 60-point seasons.

After signing a new multi-million dollar contract with the Maple Leafs, Mitch became the team’s alternate captain at the beginning of the 2019-20 season. During a game against the “Carolina Hurricanes” later that year, he recorded a five-point game of two goals and three assists — the second one in his career since the first five-point game in 2018.

Having displayed exceptional talent, Mitch was one of the few players selected to be part of the prestigious NHL All-Star Game in January 2020. With the Maple Leafs taking the lead in the 2020-21 season, there’s no doubt about it that Mitch Marner is one of the most talented players and alternate captains the NHL has ever seen.

How can I book Mitch Marner?

Booking pro-athletes, like Mitch Marner, for media appearances, speaking engagements, brand endorsements, corporate events, and private parties begins right here with Talent connect. For a booking process that’s easy-breezy, you can count on our team and our extensive network of industry contacts.

How can I get in touch with Mitch Marner for media inquiries?

Given the busy schedules of public figures, you want to make sure that your bookings and inquiries don’t get overlooked. To ensure an efficient connection, you can rely on Talent Connect. Whether it’s for virtual events, podcasts, TV appearances, or magazine feature articles, we’re the team that can get you in touch with Mitch Marner’s agent or Mitch Marner’s manager.

Connecting with pro-athletes is now a swift process. The management teams of public figures are most responsive when you’re assisted by a reliable source, like Talent Connect. Our up-to-date contact information is all you need to reach out to Mitch Marner’s agent or Mitch Marner’s manager.

What is Mitch Marner’s booking fee?

Just like most famous athletes, Mitch Marner’s booking fee depends on factors such as:

Other costs, such as travel expenses, hotel accommodations, and transportation for in-person events are not included in the flat booking fee. To get more information on Mitch Marner’s booking details, get in touch with our team.