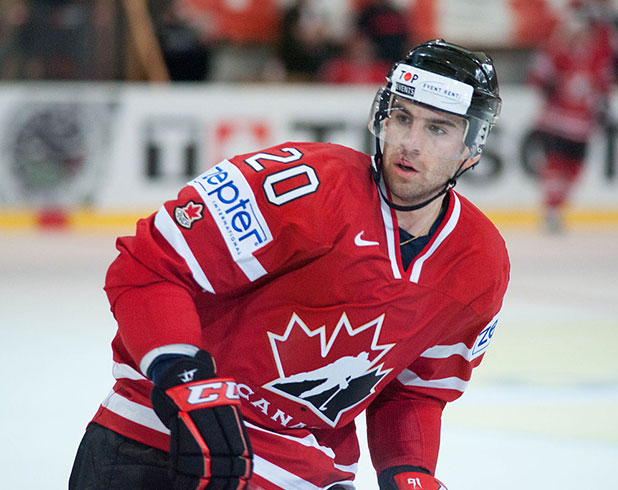 John Tavares is a Canadian professional ice hockey captain and centre for the NHL’s Toronto Maple Leafs. The New York Islanders selected him first overall during the 2009 NHL Entry Draft. He spent nine seasons there and served as captain for five seasons. In 2018, he signed a seven-year contract with his current team. As the 25th captain of the Toronto Maple Leafs with athletic talent beyond compare, John Tavares can easily help propel your next campaign or event to immense popularity.

If you are looking to book John Tavares for your events or campaigns, Talent Connect is here to make it happen! While our agency does not directly represent our vast and diverse pool of celebrity contacts, it is our team’s objective to help you get in touch with John Tavares agent or manager. Talent Connect is dedicated to assisting you to achieve promotional success for your business, product, or services via celebrity endorsements from famous personalities, like John Tavares. You build the campaign, and we’ll spark the connection. 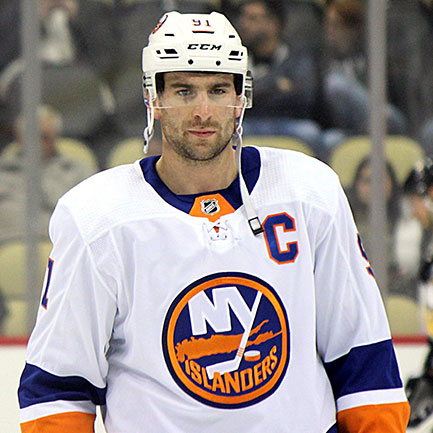 John Tavares was born on September 20, 1990, in Mississauga, Ontario, Canada. While most of us know him as the captain of the Toronto Maple Leafs, he was first introduced to the world of hockey when he joined the Minor Oaks Hockey Association in Oakville, Ontario. During his childhood years, he also took an interest in playing soccer and lacrosse, however, he ultimately followed his uncle John Tavares’ footsteps and paved a solid path in the field of hockey as well.

In 2009, John Tavares signed a three-year entry-level contract with the Islanders, and played his first NHL game in the pre-season against the Edmonton Oilers. He scored his very first goal in his debut professional game against the Pittsburgh Penguins.

His star continued to rise throughout his career, as he proved time after time that he is a true gem in the industry of hockey. In December that same year, he scored five consecutive goals over a four-game span, which tied the club record for most consecutive goals by one player. Additionally, he also managed to score an empty-net goal in a game versus the Atlanta Thrashers.

Come 2018, it was announced that the hockey star signed a seven-year contract worth $ 77 million with his hometown team, the Toronto Maple Leafs.

During his inaugural game for the aforementioned team, John Tavares scored a stunning first goal in an exciting 3-2 overtime win. It didn’t take too long before the sport’s paragon marked a milestone of 40 goals within the first season with the team. This amazing feat made him the third player in Toronto Maple Leaf history to achieve the record.

Incessantly showcasing his athletic capacity and expertise in the hockey world, John Tavares made history by becoming the 25th captain of the Maple Leafs, taking a position that has been vacant for nearly four years. Moreover,  based on his impressive career records and extraordinary gift for hockey, there’s no doubt about it that this sportsman is heading for even more greatness in the future.

How can I book John Tavares?

Talent Connect’s goal is to connect our clients with artists and athletes, such as John Tavares, in order to book them for a variety of business engagements and events. This includes media appearances, brand endorsements, corporate events, private parties, speaking engagements, and more. If you would like to book John Tavares, one of the most talented hockey stars in the world, our team will be happy to make it happen!

How can I get in touch with John Tavares for media inquiries?

While most high-profile athletes, like John Tavares, are keen on responding to media inquiries, you may encounter a few issues in establishing a successful connection. The most common hindrance is obtaining inaccurate or outdated contact information. That’s why Talent Connect is here to ensure that you are protected from these inconveniences with our quality services and reliable industry contacts. Book John Tavares for a wide array of media appearances, such as digital events, TV appearances, podcasts, speaking engagements, magazine articles, and more!

The management team of athletes is usually very open to opportunities from businesses and organizations. However, communication gaps are unforeseeable and can occur at any time. By having inaccurate contact information or catching them on a busy day, messages could easily be overlooked. If you need to get in touch with John Tavares’ agent or manager quickly and efficiently, our experienced team of professionals can make all the necessary arrangements for you. Talent Connect combines expertise in connecting celebrities to our clients with a vast pool of industry contacts to spark the connection you are looking for. Reach out to our office today for complete booking information.

What is John Tavares’ booking fee?

Much like most athletes, John Tavares’ booking fees may vary depending on a variety of elements, including:

There may also be supplemental costs that are not included in the flat rate. This includes components, such as transportation expenses and hotel accommodations. For further information about John Tavares’ booking fees and schedules, please reach out to our team.