With a respected and popular athlete like Connor McDavid, you will be able to exponentially increase brand awareness and build brand equity. Connor McDavid is a Canadian professional ice hockey player and captain of the Edmonton Oilers of the NHL. He is a two-time NHL All-Star and is considered by many as the best player in the world. With the skill and excellence shown by McDavid, it’s no surprise that he has millions of fans across North America and over 800,000 social media followers.

If you would like to know more about our talent booking process and what we can do for your business, please feel free to contact us!

Looking to book Connor McDavid for your corporate event, private party, brand endorsement, and so on? We’ve got you covered!

Talent Connect is a premier talent booking agency based in the heart of Toronto Canada.

The celebrity-athletes in our ever-growing network of contacts are not directly represented by us – but our dedicated team will be able to make all the needed arrangements for you. We can effectively connect you with Connor McDavid’s agent or Connor McDavid’s manager. In addition, we can also design custom marketing campaigns for your brand, involving your chosen athlete.

You will be surprised at how hassle-free it can be to promote your business through a well-known personality like Connor McDavid. 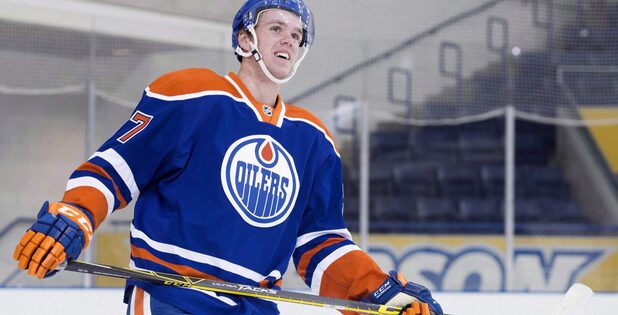 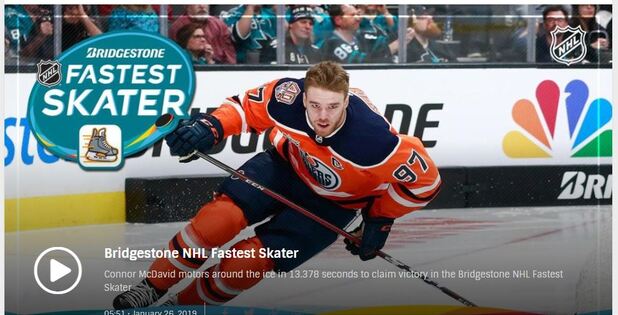 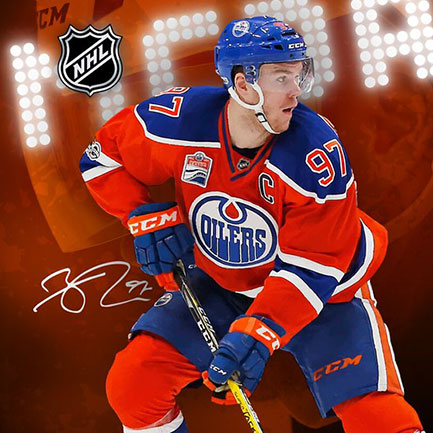 Connor McDavid was born on January 13, 1997, in Richmond Hill, Ontario, Canada. His father was a youth hockey coach who aided him in having an early start in playing hockey. McDavid began skating when he was three years old and then started playing hockey when he was four, with children who were older than him.

Later on, he was coached by his father as he played with the York-Simcoe Express, a team in Aurora, Ontario. The team won a total of four Ontario Minor Hockey Association championships with McDavid.

In 2011, McDavid joined the Toronto Marlboros of the Greater Toronto Hockey League. McDavid scored a total of 209 points in 88 games during his first season playing for the team. It was no surprise that in 2012, he was named as the 2012 GTHL Player of the Year. He was also granted the “Exceptional Player” status by Hockey Canada,  the governing body for amateur hockey in the country. This status allowed McDavid to play in the Ontario Hockey League even if he was technically a junior at the time. He was the third player in hockey history to ever achieve such a status.

At age 15, McDavid entered the 2012 OHL Priority Selection and was selected first overall by the Erie Otters, a major junior ice hockey team in Pennsylvania. McDavid was also awarded the Jack Ferguson Award which is given to the top draft pick in the OHL priority selection draft.

During his first season playing with the Erie Otters, McDavid was able to score in 15 consecutive games and he was given the honour of being the OHL Rookie of the Month twice.

In 2015, McDavid was appointed as captain of the Erie Otters and finished the season as the third-highest scorer with 44 goals and 76 assists – this was in spite of an injury that forced him to take a break for 6 weeks. He then received the Red Tilson Trophy, given by the OHL to the most outstanding player as voted by broadcasters and OHL writers. He was also named as the CHL Player of the Year

In the 2015 NHL Entry Draft, Connor McDavid was drafted first overall by the Edmonton Oilers. He then signed a three-year contract with the team. McDavid showed unwavering excellence and resilience, recovering from a fractured clavicle at one point – and only to come back stronger than ever. Despite playing only 45 games within that season, he was still voted third for the Calder Memorial Trophy. At age 19, Connor McDavid became the captain of the Edmonton Oilers and also became the youngest captain in NHL history.

By the end of 2017, he had helped his team reached the playoffs and became the fourth-fastest active player to reach 100 points while also finishing the season as the top scorer. Later in the same year, McDavid signed an 8-year extension with the Edmonton Oilers and continues to show world-class skill in the sport.

How can I book Connor McDavid?

If you would like to book Connor McDavid for engagements such as media appearances, brand endorsements, corporate events, private parties, speaking engagements, and so on, we can assist you with that.

By availing of our premium talent booking services, you can quickly and effectively book notable athletes like Connor McDavid, one of the best hockey players and captains of our time. All you need to do is reach out to us and our dedicated team will be ready to help!

How can I get in touch with Connor McDavid for media inquiries?

Though most celebrities and athletes are open to various media inquiries, the main challenge lies in getting the message through. You may have outdated or even false contact information. In other cases, your messages might not reach the right channels and would then be overlooked or lost in the noise.

With our services, you will be able to avoid such problems because our professional team will take care of everything for you. In no time at all, you will be able to book top celebrities like Connor McDavid for virtual events, podcasts, TV appearances, magazine feature articles, and more!

Most of the time, the management of famous athletes and celebrities are receptive to opportunities coming from businesses and organizations. However, effectively reaching the right people can be challenging. On busy days, it’s also possible that messages may be accidentally overlooked. These challenges cause plenty of delays.

If you need to contact Connor McDavid’s agent or Connor McDavid’s manager right now, our team can get it done. Our expertise and vast network of contacts allow us to be able to arrange such connections with ease.

And we don’t stop there.

If you need to work on brand endorsements, we can help! We can create and execute a custom marketing strategy or campaign for your business, involving your chosen influential personality.

What is Connor McDavid’s booking fee?

Just like most other top athletes and celebrities, Connor McDavid’s booking price can vary depending on various factors, such as:

Depending on the nature of your engagement, there may also be additional costs aside from the booking fee – such as travel expenses, hotel accommodations, and transportation to the venue’s location. We can help in laying out all of the costs so that you won’t encounter any surprise fees. Moreover, we can negotiate on your behalf to ensure that you get the best prices.

So if you’d like to get started, we’ll be waiting to hear from you. Simply tell us more about the type of engagement you need to arrange  (e.g. an event, party, media appearance, brand endorsement), and we will contact you as soon as can be!