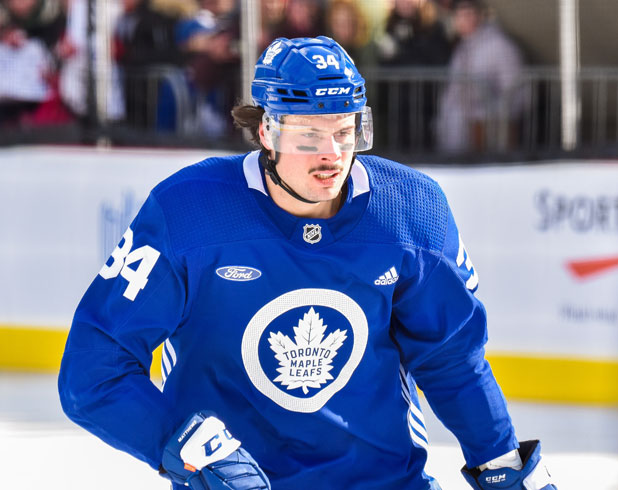 Highly respected athletes like Auston Matthews can help in increasing brand awareness and maintain brand equity for your company. Auston Matthews is an American professional ice hockey player who is also an alternate captain for the Toronto Maple Leads of the NHL. He is known as the first player in modern NHL to score a total of 4 goals in his NHL debut. He’s been a consistently promising athlete since and has won the adoration of millions of North American fans and over 600,000 social media followers.

Thinking of booking Auston Matthews for a corporate event, private party, brand endorsement, and so on? Talent Connect can make it happen!

We are a fast-acting, reliable talent booking agency based in Toronto Canada. Even though we do not directly represent our vast pool of celebrity-athlete contacts, our dedicated team will be able to effectively connect you to Auston Matthews’s agent or Auston Matthews’s manager.

On top of this, we can design custom marketing campaigns for your brand that involve the athlete of your choice

. With our swift and hands-on service, you will be able to promote your business through a notable personality like Auston Matthews in no time at all. 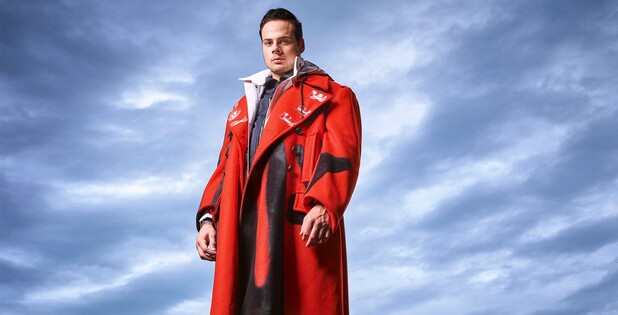 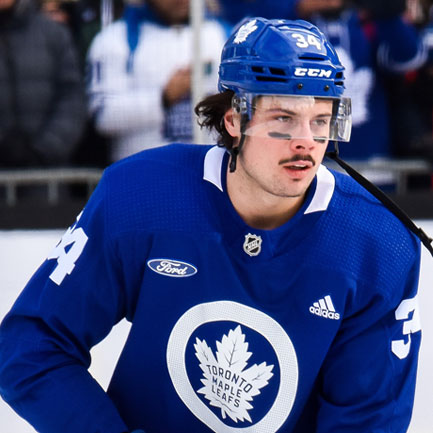 Auston Matthews was born on September 17, 1997, in San Ramon, California. Shortly after, his family moved to Scottsdale, Arizona while Matthews was still an infant. At age two, he started attending the games of the Arizona Hockey team, Phoenix Coyotes (now known as the Arizona Coyotes.) His favourite players to watch at the time were Shane Doan and Daniel Briere. By the age of five, Matthews had expressed a desire to play hockey. He then began playing in the amateur hockey program, Arizona Bobcats Hockey.

As a child, Matthews was interested in hockey as well as baseball. His excellent hand-eye coordination proved to be a valuable skill in both sports. But through time, it was clear that Matthews was more inclined to hockey. By 2010, he played in the Quebec International Pee-Wee Hockey Tournament. ‘

In the 2012 WHL Bantam Draft, Matthews was drafted 57th by the Western Hockey League’s Everett Silvertips, an American major junior ice hockey team. However, Matthews opted to play for the USA Hockey National Team Development Program. When Matthews played for the US National U17 Team, he gained attention from various NHL scouts. In 2015, he was awarded as the Most Valuable Player at the 2015 World U18 Championships.

Having missed the 2015 NHL Entry Draft by two days, Matthews signed a 1-year contract in the Swiss National League A (NLA) for the ZSC Lions after being approached by the Lions head coach who had been impressed by his performance during the 2015 World U18 Championships. In 2016, Matthews won the NLA Rising Star Award.

Within the same year, Matthews was drafted first overall in the 2016 NHL Entry Draft by the Toronto Maple Leafs. Matthews then signed a three-year contract with the team. Soon after, Matthews received the NLA Rookie of the Year award.

Matthews would garner more awards along the way and would set records. In 2017, he received the Calder Memorial Trophy which is given to players who are the most proficient during their first year playing for the NHL. Matthews also became the third-fastest Maple Leaf to score his 100th and 101st NHL goal in 2019. And through his consistency and exemplary skill as a hockey player, he was soon appointed as an alternate captain for the Toronto Maple Leafs.

How can I book Auston Matthews?

Our hands-on service will allow you to make the most hassle-free celebrity booking yet. If you would like to book Auston Matthews, one of the most notable ice-hockey players in the world, we would be delighted to assist you!

How can I get in touch with Auston Matthews for media inquiries?

High-profile athletes like Auston Matthews are usually keen on considering various media inquiries. However, the biggest obstacle when connecting with such celebrities for the first time is getting the message across to the right channel. You may stumble across outdated or false contact information. In some cases, your message may also be missed or accidentally wind up as spam.

With our services, you can avoid all of these delay-causing problems. We have a vast pool of updated contacts that will allow us to serve you effectively and efficiently. In no time at all, you’ll be able to book a well-known athlete like Auston Matthews for virtual events, podcasts, TV appearances, magazine feature articles, and more!

The managers of high-profile athletes like Auston Matthews are usually thrilled to get opportunities from businesses and organizations. However, there may be gaps along the way that will prevent you from reaching the right person.

We also offer an additional service that you won’t easily find anywhere else.

On top of helping you get connected, we can also help with your brand endorsements. We have many years of experience in creating custom marketing campaigns and strategies for businesses and organizations, involving the influential personality of their choice. If you need this service from us, we’ll be happy to help!

What is Auston Matthews’s booking fee?

Similar to many celebrities and top athletes, Auston Matthews’s booking price may depend on a number of factors, such as:

Depending on your type of engagement, there may also be additional costs for travel expenses, hotel accommodations, and transportation to the physical venue location for in-person events. Our dedicated team can help sort out all of the costs while also negotiating to get you the best fees.

If you would like to get started, it’s easy! Simply tell us more about the type of engagement you would like to set up (e.g. an event, party, media appearance, brand endorsement) and we will be in touch with you as soon as possible!