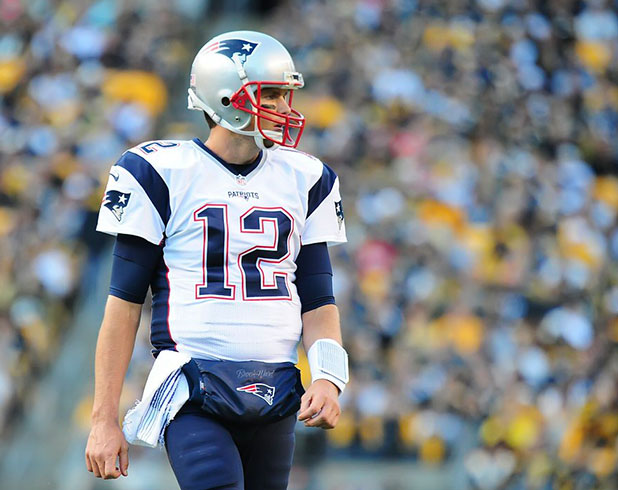 Tom Brady is a professional football athlete who plays for the Tampa Bay Buccaneers. As a 7-time Super Bowl champion, 5-time Super Bowl MVP, and 3-time NFL Most Valuable Player, it’s no surprise that Brady is often referred to as the “greatest quarterback of all time”. Aside from being the player with the most championships in NFL history, he also holds the record for most games won by a quarterback and most Pro Bowl selections. On Instagram, Tom Brady has over 9.5 million followers.

Talent Connect is your premier source for accurate contact information of the world’s most popular public figures, like NFL player Tom Brady. Our team is not a direct representation of the athletes in our vast database, but we are a reliable source for Tom Brady’s contact info. We’ll establish a connection between you and Tom Brady’s agent or manager for business, product, or service endorsements. 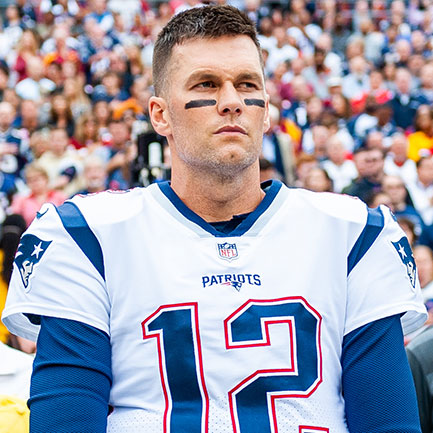 While playing football for the University of Michigan, Tom Brady’s skills were already groundbreaking. Upon graduation, his statistics ranked third place in the entire football history of the university.

Brady was selected by the New England Patriots at the 2000 NFL draft. As the team’s quarterback, the Patriots won the Super Bowl XXXVI—their first one in history. The athlete went on to win six more Super Bowl championships with his team (XXXVIII, XXXIX, XLIX, LI, LIII, and LV). Tom Brady was also named Super Bowl MVP at five of these events (XXXVI, XXXVIII, XLIX, LI, and LV).

After 19 years with the New England Patriots, Tom Brady started playing for the Tampa Bay Buccaneers in 2020. He then became the second quarterback in NFL history to lead two different teams to a Super Bowl championship.

With all these achievements, Tom Brady has become a household name and a sought-after endorser for countless brands. He has also appeared on various TV shows such as The Simpsons and HBO’s Entourage.

How can I book Tom Brady?

For a booking process that’s all smooth sailing, you can count on Talent Connect! Just contact our team to get in touch with Tom Brady’s agent or manager for media appearances, speaking engagements, brand endorsements, corporate events, private parties, and more.

How can I get in touch with Tom Brady for media inquiries?

Getting in touch with NFL athletes is now made simple with Talent Connect. Our wide network of industry contacts is all you need to reach out to Tom Brady’s agent or manager. We’ll assist you in kickstarting bookings for media appearances such as magazine feature articles, virtual events, podcasts, TV appearances, etc.

If you want to know more about Tom Brady’s contact info, all you need to do is connect with our team. We’ll get you in touch with Tom Brady’s management. Talent Connect ensures an efficient booking process so you never have to deal with communication failures.

What is Tom Brady’s booking fee?

Tom Brady’s booking rate depends on factors such as:

Travel expenses, transportation for in-person events, and hotel accommodations are not included in the flat booking price. Contact Talent Connect to know more about Tom Brady’s contact info and other booking details!