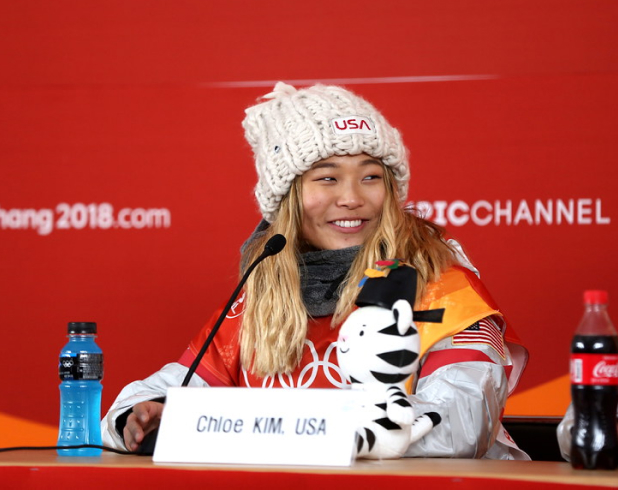 Chloe Kim is a professional snowboarder and two-time Olympic gold medalist. At the age of 17, she became the youngest woman to win a gold medal in snowboarding at the 2018 Winter Olympics. More than being a celebrated athlete, Chloe Kim is an inspiration to many.

A notable Olympian like Chloe Kim can help promote your business to a massive audience. To date, she has nearly a million followers on Instagram and around 17K subscribers on YouTube.

Talent Connect is a booking agency that bridges the gap between businesses or organizations and well-known personalities like Chloe Kim. Although we do not directly represent the celebrities in our database, we can connect you with Chloe Kim’s agent or Chloe Kim’s manager through our network of contacts. Get the most hassle-free celebrity booking experience ever with our hands-on service. 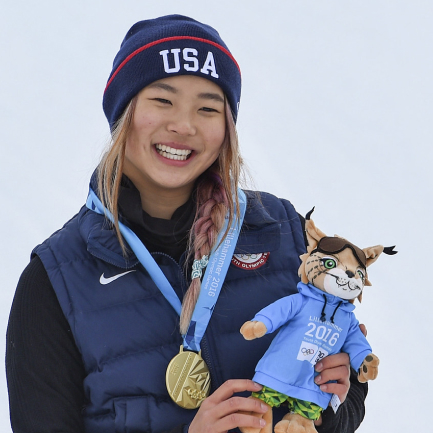 Chloe Kim, whose parents are from South Korea, was born on April 23, 2000, in California, United States. With her father’s encouragement and support, she started snowboarding at the age of four. By the time she was six years old, she began competing.

For a while, Chloe Kim trained in Geneva, Switzerland before returning to California to train at Mammoth Mountain, a large ski resort in the area. After extensive training, Chloe joined the U.S. Snowboarding Team in 2013.

From here, Chloe Kim’s achievements just kept pouring in. In 2014, she earned a silver medal at the Winter X Games. She went on to win gold at the 2015 and 2016 games of the sporting event. To date, she has a total of six gold medals from the Winter X Games.

Having achieved so much at a young age, there’s no doubt about it that Chloe Kim has already established herself as a sports icon who is adored by global audiences.

How can I book Chloe Kim?

As a leading talent booking agency, Talent Connect is able to quickly get you in touch with top athletes. With our assistance, you will be able to obtain Chloe Kim’s contact information for various engagements such as media appearances, brand endorsements, corporate events, private parties, and speaking engagements.

How can I get in touch with Chloe Kim for media inquiries?

One of the biggest obstacles when booking celebrities is having outdated or incorrect contact information. With Talent Connect’s premier services and reliable industry contacts, you can rest assured that you never have to encounter these issues. Effortlessly contact Chloe Kim’s agent or manager for virtual events, podcasts, TV appearances, magazine feature articles, and more!

Though the management of celebrity athletes are usually open to opportunities from businesses and organizations, communication gaps can get in the way. If you struggle to reach out to Chloe Kim’s agent or Chloe Kim’s manager, it might be because of outdated contact information or ineffective communication channels. We’re here to make the process as easy as can be. Using our vast network and expertise, we can help you establish the connection you’re looking for.

What is Chloe Kim’s booking fee?

Chloe Kim’s booking price can vary depending on a number of factors, such as the following:

Other costs that are not included in the flat rate may be incurred. This includes travel expenses, hotel accommodations, and transportation for in-person events. To learn more about Chloe Kim’s booking fee, contact our team today!