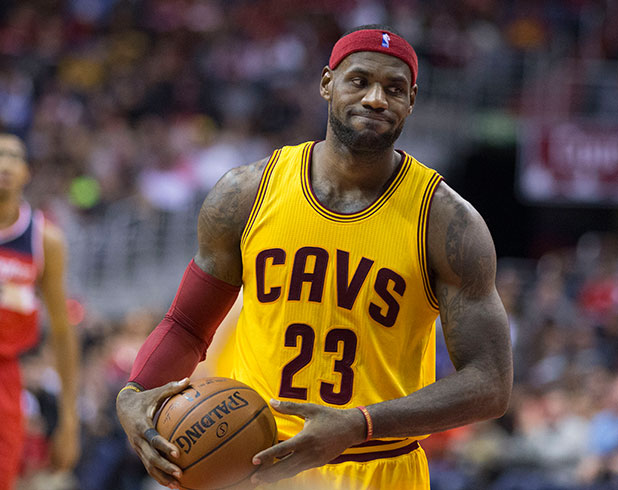 An athlete of Lebron James’s stature will be able to build brand equity and promote your business with unprecedented reach. LeBron James is one of the most celebrated athletes of our time. In his career as a professional basketball player, he has so far won 4 NBA championships, 4 NBA MVP Awards, and 2 Olympic gold medals. LeBron James is often compared with the likes of Michael Jordan and Larry Bird. It’s no surprise that this exemplary athlete has countless loyal fans from around the world and over 4.1 million social media followers.

If you would like to learn more about what we can arrange for your business, please feel free to reach out!

Looking to book LeBron James for a corporate event, private party, brand endorsement, media appearance, and so on? We can help you!

Talent Connect is a top talent booking agency based in Toronto, Canada with a vast network of celebrity contacts.

Although we may not represent celebrities or athletes directly, we can assist you in effectively connecting with LeBron James’s agent or LeBron James’s manager. Additionally, we can design custom marketing campaigns between your brand and various influential personalities.

With our dedicated service, you will be able to successfully promote your business through highly acclaimed athletes like LeBron James. 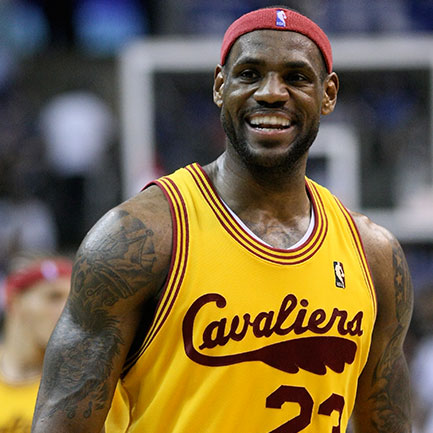 LeBron James was born on December 30, 1984, in Akron, Ohio, United States. During his early years, his family met challenging times, requiring them to move constantly as his mother was trying to secure steady employment. His mother, Gloria Marie James, soon realized that a stable family environment would be best for James and thus allowed him to move in with the family of Frank Walker, a local youth football coach who also introduced James to basketball when he was nine years old. James took to the sport quickly.

Later on, James played basketball under the Amateur Athletic Union for the Northeast Ohio Shooting Stars team. With James and his friends, Sian Cotton, Dru Joyce III, and Willie McGee, the team enjoyed great success. The four then attended high school together in St. Vincent-St. Mary High School and joined the school’s varsity team. This was when James started to shine and gain attention.

Before the start of his junior year, James was featured in an American basketball magazine, Slam. The writer talked about James as possibly “the best high school basketball player in America right now” – a foreshadowing of even greater success for the athlete further down the line. Within that same season, James also appeared on the cover of Sports Illustrated, a well-known American sports magazine, thereby becoming the first high school basketball player to be featured that way.

James became an unrestricted agent in July 2010 and was promptly contacted by several teams like the Bulls, Miami Heat, New York Knicks, the Cleveland Cavaliers, and many more. James then announced on a live ESPN special titled “The Decision,” that he would sign with Miami Heat. He officially signed with the Heat on the 10th of July, 2010. Through the years playing for the team, LeBron James honed his skills even further and continued to excel in the sport – even amidst criticisms. In 2012, he was the NBA Finals MVP and Champion. He also won an Olympic Gold medal within the same year for the second time since the first Olympic gold medal he won in 2008.

In 2014, James revealed through a first-person essay in the Sports Illustrated magazine that he was intending to return to the Cleveland Cavaliers – a message that was well-received. The very next day, he officially signed with the team. Within the following season, the Cavaliers were able to advance to the Finals, losing only two games along the way. James continued to deliver excellent performance on the court.

In 2018, James became an unrestricted agent once more and was soon signed with the Los Angeles Lakers. LeBron James continues to excel in the sport, securing many loyal fans from all over the world. So far in his career, he has won four NBA championships and four NBA MVP Awards – a number of MVP awards matched only by Michael Jordan. Because of his consistency, determination, and unparalleled skill in the sport, many consider him as one of the best basketball players in history.

How can I book LeBron James?

Through the services of premier talent booking agencies like Talent Connect, you will be able to book top celebrities, athletes, and influencers for various kinds of engagements – whether it’s for an event, brand endorsements, media appearances, private parties, speaking engagements, and more.

If you would like to book LeBron James, one of the most highly acclaimed athletes of today, we can help!

How can I get in touch with LeBron James for media inquiries?

Reaching out to high-profile celebrity athletes like LeBron James for media inquiries can present numerous challenges. You may be using outdated or false contact information from an unreliable source. It could also be that sent messages are accidentally missed or spammed. These are just some of the common communication gaps that you can encounter.

Our team of skilled professionals can do the work for you and help you avoid any delay-causing obstacles. With our help, you’ll be able to book athletes like LeBron James for virtual events, podcasts, TV appearances, magazine feature articles, and more!

The management of top celebrities, athletes, and influencers are typically open to opportunities from businesses and organizations. Depending on their goals, they may even be seeking out more endorsements or media appearances for their celebrity athlete. However, getting in touch with managers and agents can be challenging due to their busy schedules, the flurry of messages and requests they get regularly, and other factors.

However, our services do not end here.

If you need a marketing campaign involving your chosen celebrity, we can design and execute that campaign for you!

What is LeBron James’s booking fee?

LeBron James’s booking price depends on various factors, such as:

Additionally, you may run into some extra costs, depending on the nature of your engagement. You may need to cover travel expenses, hotel accommodations, and transportation costs for going to the venue location. Our experienced team can help sort out all the costs for you. We can also negotiate on your behalf to make sure that you get the best booking fee rates.

If you’d like to get started, we’re looking forward to hearing from you. Simply tell us more about the kind of engagement that you need us to work on (e.g. an event, party, media appearance, brand endorsement) and we will be in touch the soonest we can!