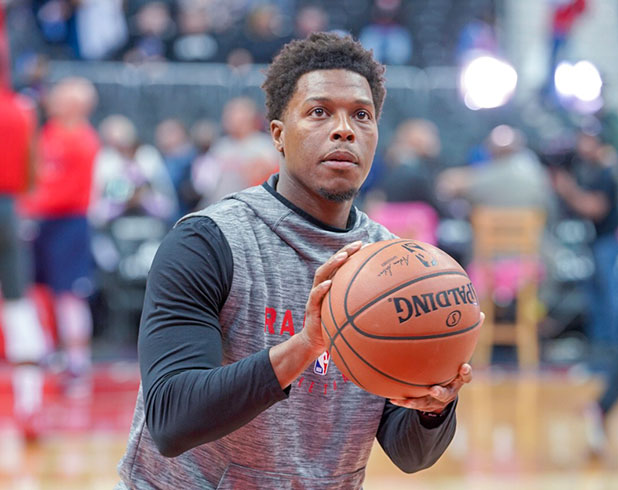 Kyle Lowry is a professional basketball player who signed with the Toronto Raptors in 2012.

This NBA Champion and six-time NBA All-Star also won a gold medal at the 2016 Summer Olympics, where he represented the US men’s national team. He’s gained massive popularity as one of the Raptor’s all-time leaders and currently has over 1.5 million Instagram followers.

Talent Connect is your premier source for contact information of the world’s most popular public figures, like NBA player Kyle Lowry. We are not a direct representation of the personalities in our extensive roster, but we can connect you with Kyle Lowry’s agent or manager for business, product, or service endorsements. 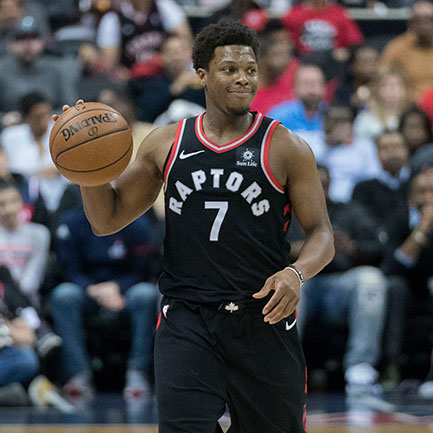 As a student, Kyle Lowry played for Villanova University for two years. At the 2006 NBA draft, he was selected by the Memphis Grizzlies (24th overall). He’s since been traded to the Houston Rockets in 2009 and then to the Toronto Raptors in 2012.

After being named “NBA Eastern Conference Player of the Week” multiple times, Kyle Lowry became a starter at the 2015 NBA All-Star Game. At the end of the 2015-16 season, the athlete earned his first selection to the All-NBA team.

At the 2019 NBA Finals, Lowry helped the Raptors score their first championship in history by recording 26 points, 10 assists, and 7 rebounds in the 6th game.

The 2020-21 season saw the athlete achieve even more career milestones in addition to being the Raptor’s all-time leader in assists and triple-doubles. Alongside Stephen Curry and Damian Lillard, Lowry became one of the only three players in history to have over 4,000 assists with their current teams. He soon became the third player in Raptor history to reach 10,000 points.

Not only does this NBA champion make waves on the court, but he also strives to make a  positive impact on his community through the Lowry Love Foundation which was established in 2013.

How can I book Kyle Lowry?

How can I get in touch with Kyle Lowry for media inquiries?

Getting in touch with Kyle Lowry is now a simple process with Talent Connect. Our team will connect you with Kyle Lowry’s agent or manager for media appearances like podcasts, virtual events, magazine feature articles, TV appearances, etc. Contact us for more details!

Contacting Kyle Lowry’s management starts right here with Talent Connect. Reach out to our team to get connected with the NBA athlete for events and campaigns. We’ll ensure a straight-forward booking process—you’ll never have to worry about communication failures.

What is Kyle Lowry’s booking fee?

Travel expenses, transportation for in-person events, and hotel accommodations are not included in the flat booking price. Get in touch with Talent Connect to know more about Kyle Lowry’s contact info and other booking details!