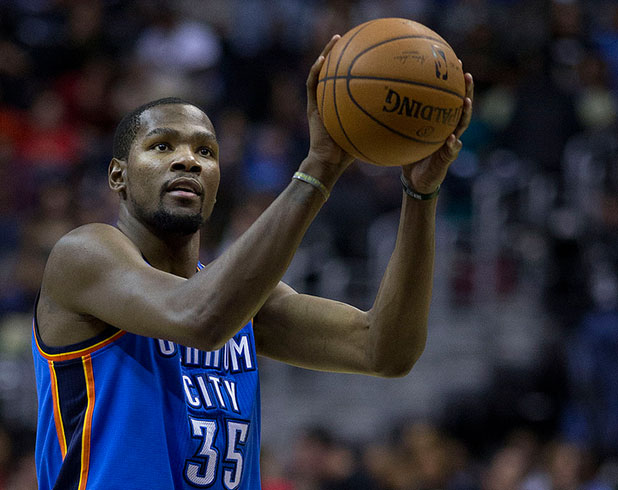 Kevin Durant is a professional basketball player signed with the Brooklyn Nets. As a two-time NBA champion and two-time NBA Finals MVP, the athlete has established himself as one of the most influential names in NBA history. This in-demand endorser and dedicated philanthropist has over 11.8 million Instagram followers and 773k Youtube subscribers.

Connecting with NBA icons is now an easy feat with the help of Talent Connect. Our team doesn’t directly represent the athletes in our vast database, but we’ll establish a reliable connection between you and Kevin Durant’s agent or manager. We’re your premier source for updated contact information of the world’s biggest celebrities. 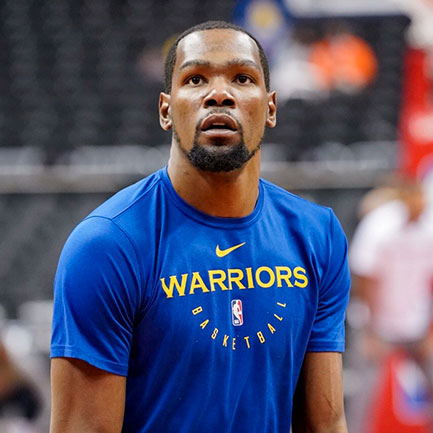 While playing for the Longhorns at the University of Texas, Kevin Durant was named National College Player of the Year (2007). At the 2007 NBA draft, he was selected 2nd overall by the Seattle SuperSonics. This was just the beginning of how the exceptional athlete became one of the NBA’s biggest icons.

In 2016, he signed with the Golden State Warriors and went on to win two back-to-back NBA championships. Being the team’s top-scorer he was honoured as the NBA Finals MVP two years in a row.

Kevin Durant joined the Brooklyn Nets in 2019. After sitting out the subsequent season, he finally made his debut with the team in December 2020. During this game against his former team, the Golden State Warriors, Durant recorded 22 points, 5 rebounds, 3 assists, and 3 steals in a 125-99 win.

The 11-time NBA All-Star doesn’t just shine on the court. Because of his huge accomplishments, Kevin Durant has become one of the most recognizable names in pop-culture—even those who aren’t immersed in the world of sports are well aware of KD’s influence.

How can I book Kevin Durant?

If you want to book Kevin Durant for events and campaigns, Talent Connect has got you covered. Reach out to our team to start booking Kevin Durant for media appearances, brand endorsements, speaking engagements, corporate events, private parties, and more! We’ll connect you with Kevin Durant’s agent or manager.

How can I get in touch with Kevin Durant for media inquiries?

Getting in touch with Kevin Durant’s agent or manager is a swift process with Talent Connect. Whether it’s for podcasts, magazine feature articles, virtual events, or TV appearances, we’ll kickstart the booking process!

What is Kevin Durant’s booking fee?

Kevin Durant’s booking rate depends on factors such as:

Transportation for in-person events, travel expenses, and hotel accommodations are not included in the flat booking rate. To know more about Kevin Durant’s contact info and other booking details, just reach out to Talent Connect!