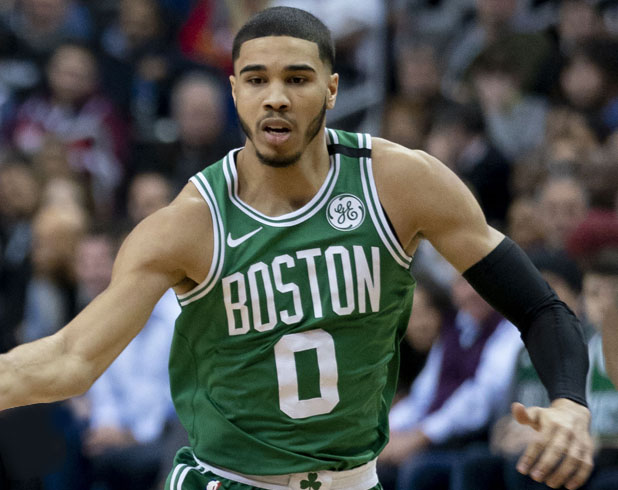 Jayson Tatum is a professional basketball player who plays for the Boston Celtics. As a rookie, he broke many NBA records set by the earlier icons in the sport. Drafted in 2017, he’s been scoring season-highs on the court ever since. During his latest season, he had an average career-high of 23.4 points, 7.0 rebounds, and 3.0 assists. He’s also been named to the NBA All-Star Game. On social media, Jayson Tatum has a massive following of 3.5 million on Instagram. If your campaign needs a record-breaking NBA star with a huge fanbase, Talent Connect can make it happen!

When it comes to reliable sources who provide only the most updated celebrity contact information, Talent Connect has got you covered. Our team is not a direct representative of the personalities in our growing roster, but we have all the connections necessary to get you in touch with these public figures. We’re the bridge between your brand and its next ambassador. Reach out to Talent Connect to start booking Jayson Tatum for business, product, or service endorsements. 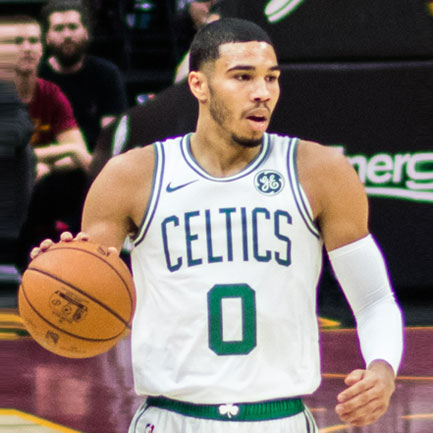 Jayson Tatum was born in St, Louis, Missouri on March 3, 1998. He wasn’t even out of high school yet when he was winning national awards for his exceptional skills in basketball. After leading his team in state championships and all-star games like the “Jordan Brand Classic”, Jayson was named “Gatorade National Player of the Year” in 2016.

Being one of the best prospects from the high school class of 2016, Universities across the country were out to recruit Jayson. He eventually chose Duke University. During his first season, Jayson was named “ACC Freshman of the Week” multiple times and even led the “Blue Devils” team in winning the “ACC Tournament Championship”.

As a rookie, Jayson Tatum ended up breaking the records of icons on the court. He became the youngest player in history to score at least 20 points in four straight playoff games, surpassing Kobe Bryant’s record made in 1999. By the time his playoff run ended, Jayson Tatum and fellow player Kareem Abdul-Jabbar were simultaneously named the only rookie players to record 10 games of 20 or more points scored during their first playoff runs —the first rookies in playoff history to achieve this feat.

Soon, Jayson was named to the NBA “All-Rookie First Team”. At the next season, he scored a career-high of 41 points during a game against the New Orleans Pelicans in January 2020. The NBA quickly named him an “All-Star” and gave him the “All-NBA Third Team” honor.

For the 2020-21 season, Jayson continued to record career and season-highs. In January, he scored a career-high of 12 assists in a win against the Detroit Pistons. During a winning game against the Toronto Raptors, Jayson made a season-high record of 40 points.

How can I book Jayson Tatum?

When booking professional basketball players, like Jayson Tatum, you want to make sure the process is quick and efficient. That’s where Talent Connect comes in. Our team will help you get in touch with Jayson Tatum’s agent or manager for media appearances, speaking engagements, brand endorsements, corporate events and private parties. All you have to do is connect with us.

How can I get in touch with Jayson Tatum for media inquiries?

If you’re planning to book Jayson Tatum for virtual events, podcasts, TV appearances, or magazine feature articles, our team will be happy to assist you. You might think that reaching out to busy celebrities isn’t easy, but with the help of Talent Connect, you can make sure that your inquiries and bookings won’t be overlooked. To start reaching out to Jayson Tatum’s agent or Jayson Tatum’s manager, contact our team.

Contacting Jayson Tatum starts right here. We’re the team of experts that can establish a reliable connection between your company and Jayson Tatum’s management. With our wide network of industry contacts, you’ll be able to kickstart your celebrity endorsement plans in no time. Connect with our team to learn more about Jayson Tatum’s contact info.

What is Jayson Tatum’s booking fee?

The booking fee of professional basketball players, like Jayson Tatum, depends on the following factors:

Hotel accommodations, travel costs, and transportation for in-person events are some of the other fees to take into account aside from the flat booking price. Get more details on Jayson Tatum’s booking fee by contacting Talent Connect!