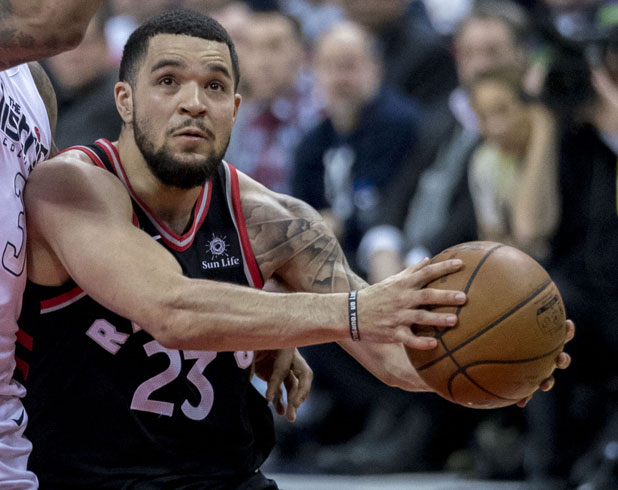 If the goal of your next campaign is to shatter records, then team up with a record-breaking athlete to maximize your reach! Fred VanVleet is a professional basketball player who went to Wichita State University before signing with the Toronto Raptors. In 2019, he was an instrumental player in leading the Raptors to their first championship in NBA history. During the 2020-21 season, Fred VanVleet scored multiple career highs and set a franchise record for the most points scored in a game with 54. The NBA player currently has a strong Instagram following of 742k. Fred VanVleet’s strong online presence makes him a perfect choice for your campaign.

Talent Connect is here to fire up your next campaign by connecting you with a celebrity endorser. We don’t directly represent the public figures in our extensive database, but we have all the contact information you need to get in touch with their management. Booking Fred VanVleet for business, product, or services endorsements starts right here with Talent Connect.

Teaming up companies with celebrities is our expertise. 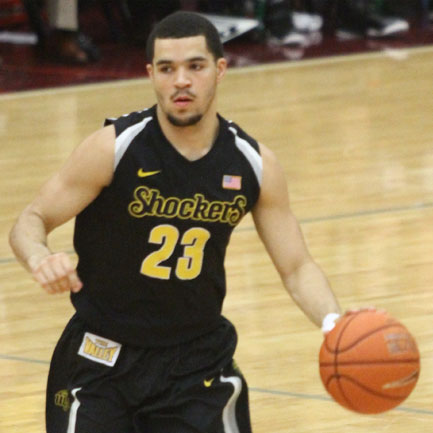 Fred VanVleet was born in Rockford, Illinois on February 25th, 1994. Even when he was only in high school, Fred was already leading his team into winning championships. He played a huge part in Auburn High School scoring a 22-game winning streak in 2012. This led to the school’s first Illinois High School Association final four in 37 years!

After being offered scholarships by several universities, Fred decided to play for Wichita State University in 2012. As a college student, Fred was making basketball headlines everywhere. He made NCAA Division I men’s basketball history when he helped lead the 2013-14 team to its first 31-0 regular season.

During his senior year, Fred was ranked #14 by ESPN and #17 by NBC sports in the pre-season top 100 player rankings. Throughout his college career, he won the “MVC Larry Bird Trophy Player of the Year” award twice. He was also named an AP All-America honourable mention.

In November 2016, Fred VanVleet made his official debut in the league with the Toronto Raptors. During the 2017-18 season, he averaged 8.6 points, 3.2 assists, and 2.4 rebounds in a total of 76 games. His impressive skills put him in 4th place in the NBA in net efficiency per possession—placing just a few steps behind icons like Stephen Curry and Chris Paul.

In the 2018-19 season, Fred was an instrumental player in the Raptors winning their first NBA Championship in the entire history of its franchise. During the finals, he scored a playoff career-high of 22 points with five 3-pointers off the bench, which largely contributed to their win.

VanVleet continued to re-invent Raptor history when he became the first player on the team ever to record 30 points and more than 10 assists in a playoff game. This made him among the only 4 players in NBA playoff history to record 30+ points, 10+ assists, and 8+ three-pointers.

2021 saw Fred Van Fleet set several new records in the NBA. Among these was when he made a three-pointer in 39 straight games, beating the previous record of 38. During a 123-108 win against Orlando Magic, he also set a franchise record for the most points scored in a game with 53.

How can I book Fred VanVleet?

At Talent Connect, we understand that brands want the booking process to be swift and efficient. Our up-to-date contact information helps companies kickstart their campaigns as quickly as possible. To book Fred VanVleet for media appearances, speaking engagements, brand endorsements, corporate events, and private parties, get in touch with our team. We’ll connect you with Fred VanVleet’s agent or manager.

How can I get in touch with Fred VanVleet for media inquiries?

Getting in touch with FredVanVleet for media inquiries has never been easier. Our team will help you book Fred VanVleet for TV appearances, virtual events, podcasts, magazine feature articles, and more. With our wide network of industry connections, you can rest assured that your inquiries and bookings will never be overlooked. To know more about Fred VanVleet’s contact info, reach out to Talent Connect.

Considering the busy schedule of athletes, you’re going to need a reliable team to connect you with their management. Talent Connect makes the booking process hassle-free so you no longer have to worry about communication gaps. Contact our team to get in touch with Fred VanVleet’s agent or manager.

What is Fred VanVleet’s booking fee?

The booking fee of professional athletes, like Fred VanVleet, depends on factors such as:

Other costs that are not included in the flat booking rate are hotel accommodations, travel expenses, and transportation for in-person events. Reach out to Talent Connect to know more about Fred VanVleet’s booking price!