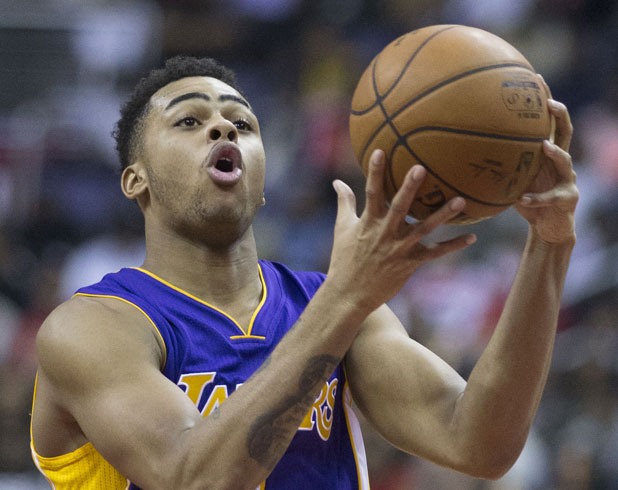 D’Angelo Russell is an NBA All-Star who currently serves as the point guard and shooting guard for the Minnesota Timberwolves. On social media, this athlete continues to attract a huge audience, not just because of his athletic skills, but because of his incredible sense of style too.

Connecting with NBA stars is now made simple thanks to Talent Connect. We’re your premier source for accurate contact information of the world’s most popular public figures. Our team does not directly represent the athletes in our growing roster, but we will establish a reliable connection between you and D’Angelo Russell’s agent or manager. Whether it’s for business, products, or service endorsements, Talent Connect will ensure that you can get in touch! 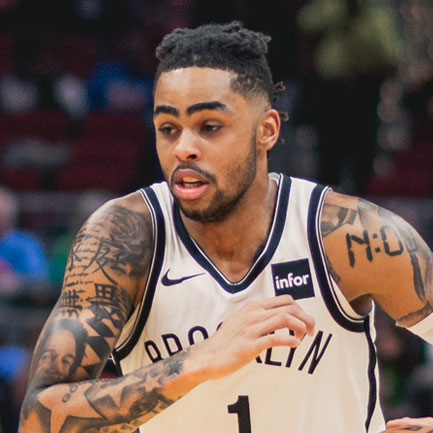 D’Angelo Russell played college basketball for the Buckeyes at Ohio State University. During his time there he was named as a First-Team All-Big Ten and Big Ten Freshman of the Year in 2015. On top of that, he was given numerous prestigious accolades such as the Jerry West Award, Wayman Tisdale Award, and Oscar Robertson Trophy.

With all these achievements, D’Angelo Russell started to create a lot of buzz and was predicted to be a top prospect for the NBA. At the 2015 NBA Draft, the athlete was recruited by the Los Angeles Lakers as the second overall pick.

His first year as Lakers rookie proved to be a record-breaking one as D’Angelo Russell became the youngest player to hit 130 three-pointers in one season. As a result, he was named to the NBA All-Rookie Second Team.

After two seasons with the Lakers, D’Angelo Russell started playing for the Brooklyn Nets. During the 2018-19 season, the NBA player was named Easter Conference Player of the Week for the first time and was ultimately selected for the NBA All-Star Game.

Since 2020, he has been playing for the Minnesota Timberwolves. During the 2020-21 season, D’Angelo Russell recorded the best 3-point shooting mark of his career and averaged 19 points, 3 rebounds, and 6 assists.

How can I book D’Angelo Russell?

Whether it’s for influencer marketing, brand endorsements, speaking engagements, media appearances, private parties, or corporate events, our team can assist you in booking D’Angelo Russell. All you have to do is connect with us, and we’ll put you in contact with D’Angelo Russell’s agent or manager.

How can I get in touch with D’Angelo Russell for media inquiries?

Contacting the management teams of NBA stars is quick and easy when you’re assisted by a reliable booking agency, like Talent Connect. Communication failures or overlooked bookings are things you never have to worry about with our team behind you. Our wide network of industry contacts enables us to instantly connect you with D’Angelo Russell’s management team.

What is D’Angelo Russell’s booking fee?

D’Angelo Russell’s booking fee depends on factors such as:

Other expenses such as travel costs, hotel accommodations, and transportation for in-person events would also need to be covered in addition to the flat booking rate. Get in touch with Talent Connect to know more about D’Angelo Russell’s contact info and booking details!