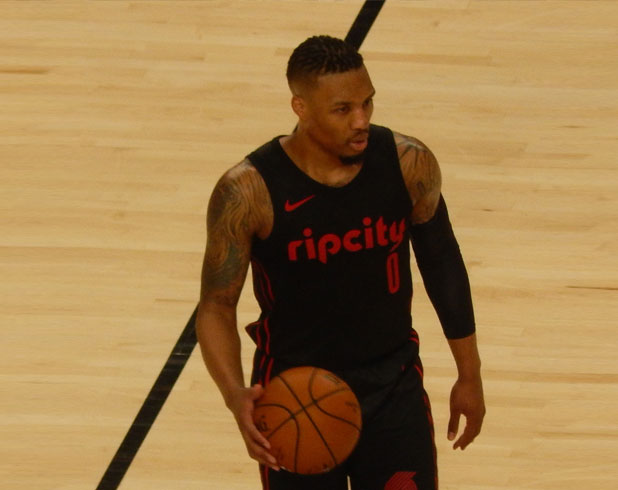 Damian Lillard is an American professional basketball player for the Portland Trail Blazers of the National Basketball Association (NBA). During his college years, he played for the Weber State Wildcats and gained third-team All-American honors in 2012. Damian Lillard was drafted by the Portland Trail Blazers with the sixth overall pick during the NBA Draft of 2012. Soon after, he was unanimously voted as the NBA Rookie of the Year and received five NBA All-Star selections. Moreover, most basketball enthusiasts may also know him as one of two players in the history of the Trail Blazers franchise to become a five-time All-Star.

With an immensely successful basketball career at the young age of 30 and a social media following of 8.5 million, Damian Lillard will make your next campaign or event shine brightly.

Looking to book Damian Lillard for your events or campaigns? Talent Connect is here to make it happen for you! While our agency does not directly represent our diverse pool of celebrity contacts, it is our team’s objective to assist you in making contact with Damian Lillard’s agent or manager. Talent Connect is dedicated to helping you to achieve promotional success for your business, product, or services via celebrity endorsements from famous personalities, like Damian Lillard. You make the campaign, and we’ll make the connection. 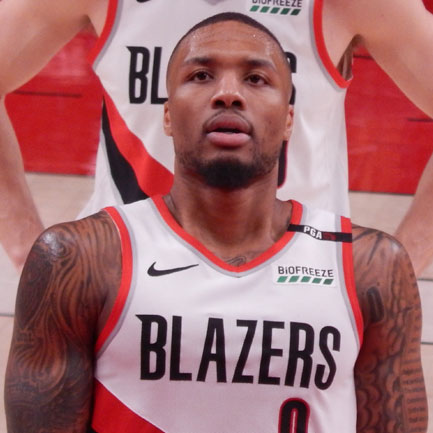 Damian Lamonte Ollie Lillard Sr., also known by his professional name, Damian Lillard, was born on July 15, 1990, in Oakland, California, USA. His illustrious career commenced during his high school years at Arroyo High School in San Lorenzo, California. During his freshman year, he joined the varsity starting lineup. Once he hit his sophomore year, the basketball genius transferred to St. Joseph Notre Dame High school in Alameda, California. By the year’s end, he transferred yet again; this time to Oakland High school. Over the period of his senior year, Damian Lillard produced an average of 22.4 points and 5.2 assists per game.

Damian Lillard starting shaking up the NBA when he was drafted in 2012 by the Portland Trail Blazers. He went to score point after point, showcasing his athletic prowess and raking in one accomplishment after the other. One highly noteworthy milestone would be the time when he was hailed as the NBA Rookie of the Year.

Come November 2019, and the basketball heavyweight broke a record with a career-high of 60 points. He proceeded to break his own record in January 2020 by scoring 61 points in a win versus the Golden State Warriors. That same month, Lillard was selected to his fifth All-Star nod.

Aside from making it big in the sport’s industry, Damian Lillard often makes headlines for his brilliant rapping skills (the name, Dame D.O.L.L.A., ring a bell?) and philanthropy. As part of his RESPECT program launched in 2012, he teaches students core values by providing valuable mentorship.

How can I book Damian Lillard?

Talent Connect’s objective is to connect our clients with celebrities and athletes, such as Damian Lillard, in order to book them for a variety of business engagements, campaigns, and private events. This includes media appearances, brand endorsements, corporate events, private parties, speaking engagements, and more. If you would like to book Damian Lillard, one of the most talented basketball players to ever take the court, our team will be happy to make it happen!

How can I get in touch with Damian Lillard for media inquiries?

While most prominent basketball players, like Damian Lillard, are open to responding to media inquiries, you may encounter a few issues in establishing a successful connection. The most common roadblock is obtaining inaccurate or outdated contact information. That’s why Talent Connect is here to ensure that you are protected from these inconveniences with our quality services and reliable industry contacts. Book Damian Lillard for a variety of media appearances, such as virtual events, TV appearances, podcasts, non-profit events, speaking engagements, magazine articles, and more!

The management team of athletes is usually very receptive to opportunities from a wide range of companies. However, communication gaps are unforeseeable and can occur at any time. By having inaccurate contact information or catching them on a busy day, messages could easily be overlooked. If you need to get in touch with Damian Lillard’s agent or manager quickly and efficiently, our experienced team of professionals can make all the necessary arrangements for you. Talent Connect combines expertise in connecting celebrities to our clients with a vast pool of industry contacts to establish the connection you are looking for. Reach out to our office today for complete booking information.

What is Damian Lillard’s booking fee?

Much like most celebrities and athletes, Damian Lillard’s booking fees may vary depending on a variety of factors, which include the following:

There may also be additional expenses that are not included in the flat rate. This encompasses components, such as transportation expenses and hotel accommodations. For further information about Damian Lillard’s booking fees and schedules, please feel free to reach out to our office.