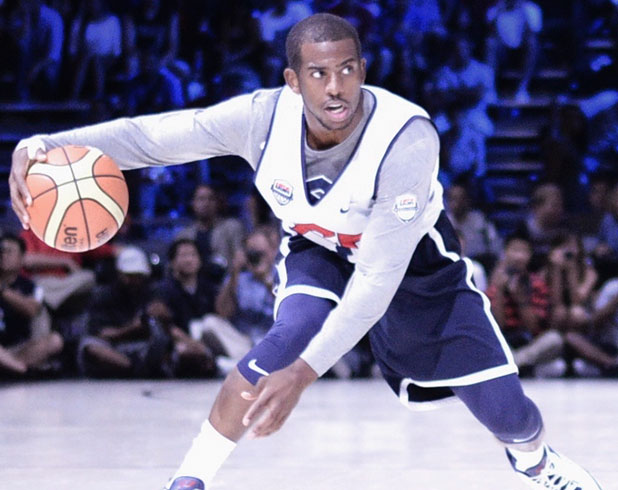 A highly acclaimed athlete like Chris Paul will be able to help promote your business with unprecedented reach. As a professional basketball player, Chris Paul is a 10-time NBA All-Star point guard. He has also won an All-Star Game MVP Award, and is a 2-time Olympic gold-medalist. It’s no surprise that he has millions of fans from around the world and nearly 10 million social media followers making him the perfect candidate for your next campaign.

Talent Connect is a premier talent booking agency that is passionate about bridging the gap between businesses or organizations and well-known celebrities like Chris Paul. Although we do not directly represent our celebrity contacts, we have the network and expertise to help you in connecting effectively with Chris Paul’s agent or Chris Paul’s manager. With our hands-on service, you will get the most hassle-free celebrity booking process yet. 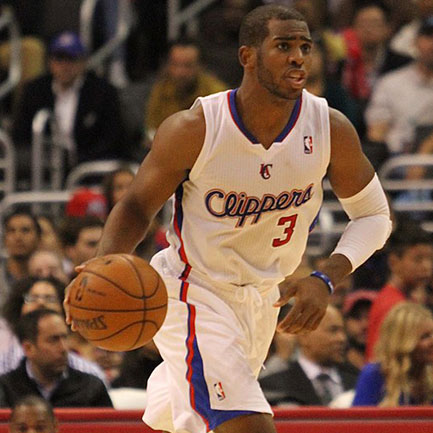 Chris Paul was born on May 6, 1985, in North Carolina, United States. His father, Charles Sr., taught his sons basketball and baseball, coaching the two in various youth leagues as they grew up. Paul went to West Forsyth High School, playing for the junior varsity team during his freshman and sophomore years. During his junior year, he ended with an average of 25 points, helping the school’s team reach the state semifinals. It was during his senior year when he started receiving national attention as he scored 61 points in just one game – stating that his grandfather had passed away earlier that year, at 61 years old – therefore dedicating 1 point for every year of his grandfather’s life. Paul finished that season with an average of 30.8 points.

Chris Paul then went to Wake Forest University for two years of college basketball and by the end of his first season, Paul was named the 2004 ACC Rookie of the Year. During his sophomore season, Wake Forest University was ranked number one in the nation for the first time in the school’s history. It was clear that Chris Paul had remarkable talent and skill even during the early years of his career.

In the 2005-06 NBA Draft, Paul was selected fourth overall by the New Orleans Hornets (now known as the New Orleans Pelicans). During his first season, he averaged 16.1 points and was named the 2005-06 NBA Rookie of the Year and in 2007, Paul played in his first NBA All-Star Game. Throughout the years, he continued to show exemplary skill in the sport while also being able to bounce back quickly from two major injuries along the way.

In December 2011, Paul was sent to the Los Angeles Clippers where his arrival would revive the franchise; and with his help, they reached a record of 56 wins! Paul then signed for five more years with the team and during the 2013-14 season they beat their previous franchise-record with 57 wins. In 2013, he earned his first NBA All-Star Game Most Valuable Player Award. During the 2015-16 season, Paul helped the Clippers achieve a ten-game winning streak and was able to consistently end the past three seasons with an average of 19 points.

Currently, Paul plays for the Phoenix Suns where he continues to excel in the sport. So far in his career, he is a 9-time NBA All-Star and a 2-time Olympic gold-medalist. It’s no wonder that this charismatic athlete was able to win the admiration of millions of fans from all over the world.

How can I book Chris Paul?

Talent Connect is a premier talent booking agency that can effectively connect you with top-notch athletes like Chris Paul in order to book them for various engagements such as media appearances, brand endorsements, corporate events, private parties, and speaking engagements. If you would like to book Chris Paul, one of the most notable professional basketball players of our time, we can help you achieve that!

How can I get in touch with Chris Paul for media inquiries?

Though most high-profile athletes like Chris Paul are typically open for media inquiries, you may encounter a number of obstacles when it comes to tapping the right channels of communication. This most common obstacle is having outdated or false contact information. Our dedicated team is here to ensure that you avoid these obstacles with our premier services and industry contacts. Book Chris Paul for virtual events, podcasts, TV appearances, magazine feature articles, and more!

It’s highly likely that the management of celebrity athletes like Chris Paul are receptive to opportunities from businesses and organizations. However, communication gaps can occur as you try to contact Chris Paul’s agent or Chris Paul’s manager. You may not have the right contact information, or you may be coursing your messages through an ineffective channel. If you need to contact Chris Paul’s manager or Chris Paul’s agent, we are here to make that connection for you. Using our vast network and expertise developed through the years will be able to build the connection you’re looking for.

What is Chris Paul’s booking fee?

Chris Paul’s booking price can vary depending on a number of factors, such as the following:

There may also be additional costs that are not included in the booking’s flat rate, such as travel expenses, hotel accommodations, and transportation for in-person events. To learn more about Chris Paul’s booking fee, please contact us.