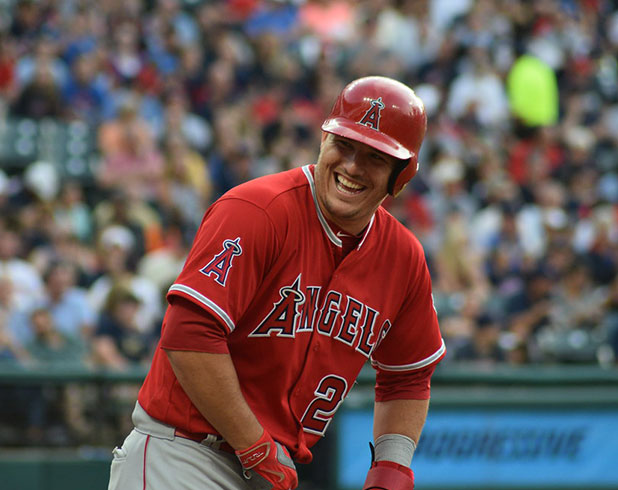 A highly respected athlete like Mike Trout can help your business in increasing brand awareness and brand equity. Mike Trout, aptly nicknamed the “Millville Meteor”, is one of the most famous names in baseball. As a professional center field baseball player, he is an 8-time MLB All-Star, a 3-time winner of the American League MVP Award, and an 8-time winner of the Silver Slugger Award. The talent he consistently shows on the field reflects in his 1.8 million social media followers, making him the top choice for your next campaign.

If you’re looking to contact Mike Trout, we’re here to help! Talent Connect is a top-tier talent booking agency that is passionate about bridging the gap between businesses or organizations and influential athletes like Mike Trout. Although we do not directly represent our growing pool of celebrities, our team can effectively help you get in touch with Mike Trout’s manager or Mike Trout’s agent. We are dedicated to helping you successfully promote your business through well-known athletes like Mike Trout. 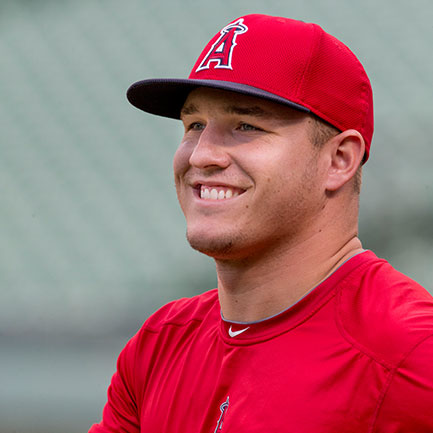 Mike Trout was born on August 7, 1991, in Vineland, New Jersey, United States. His father played baseball for the University of Delaware and was drafted in 1983 as a second baseman for the Minnesota Twins. This was Trout’s earliest inspiration to become a professional baseball player.

Trout began playing baseball at Millville Senior High School where he played for both the baseball and basketball teams. He first began playing the sport as a pitcher and shortstop but was then shifted to the outfield position in his senior year. That same year, Trout hit 18 home runs which was a New Jersey high school record.

During the 2009 MLB Draft, Trout was selected 25th overall by the Arizona League Angels, a minor league baseball team in Arizona. Because of his exemplary performance through numerous games, Trout was selected to play in the All-Star Futures Game, an annual exhibition game hosted by the MLB wherein a team of minor league baseball prospects played against a team of prospects from other countries.

After the All-Star Futures Game, Trout was named by Baseball America as the second-best overall baseball prospect. He was soon promoted to the Rancho Cucamonga Quakes, a minor league baseball team affiliated with the Los Angeles Dodgers.

In July 2011, Trout had his debut in the major leagues when the Los Angeles Angels promoted him to center field after another player was injured. By the end of the season, Trout was named Baseball America’s Minor League Player of the Year.

Trout had his full-season major-league debut in 2012 with the Los Angeles Angels. After numerous exemplary games and recording his first career four-hit game, it was no surprise that Trout won the 2012 American Rookie of the Year award. Following this success, Trout was given numerous contract extensions; to this day, he continues to play for the LA Angels on a $426.5 million contract over 12 years.

Throughout his career, Trout has won the American League Most Valuable Player Award three times. He is also one of the most consistent recipients of the Silver Slugger Award, which is given to the best offensive player at each position in both the American League and the National League. He has won this award for the years 2012 to 2016 and 2018 to 2020 – eight times total! On top of all this, he is also an eight-time MLB All-Star.

There is no doubt that Mike Trout is truly one of the best baseball players of our time, consistently delivering high-level performances and delighting his millions of fans and social media followers.

How can I book Mike Trout?

Talent Connect is passionate about building bridges between highly acclaimed athletes like Mike Trout and businesses/organizations. As a premier talent booking agency, we can help your business or organization book Mike Trout for various engagements such as media appearances, brand endorsements, corporate events, or private parties. If you would like to book Mike Trout, one of the most notable professional baseball players in the world, our team will help you make it happen!

How can I get in touch with Mike Trout for media inquiries?

Most celebrities and athletes like Mike Trout are open to various kinds of media inquiries, however, you may encounter various communication gaps when attempting to contact them. The most common obstacle is having false or outdated contact information or that your messages are accidentally overlooked. Our professional team at Talent Connect can help you avoid all of these challenges with our premier services and industry contacts. Book Mike Trout for virtual events, podcasts, TV appearances, magazine feature articles, and more!

Contacting the management or agent of a notable athlete like Mike Trout can pose a number of challenges. In order to build a connection, you need to be able to access the right communication channels and reach the right person. We can help you with that! If you need to contact Mike Trout’s agent or Mike Trout’s manager, our experienced team can do that for you.

What is Mike Trout’s booking fee?

Mike Trout’s booking price depends on various factors, such as the following:

There may be additional costs that are not included in the booking’s flat rate, such as travel expenses, hotel costs, and transportation costs for in-person events. To learn more about Mike Trout’s booking fee, please contact us.