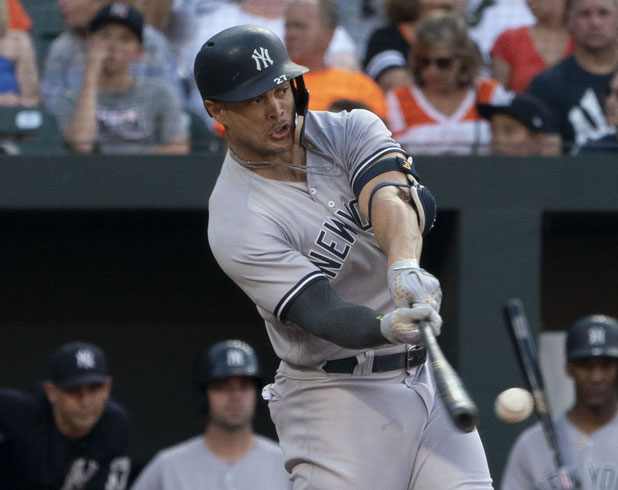 Teaming up with an MVP can help you win the advertising game like never before. Giancarlo Stanton is a professional baseball player and designated hitter of the New York Yankees. He first started out in the MLB with the Florida Marlins. During his time on the team, he set 10 unparalleled records including most home runs at a staggering number of 267. In 2020, he was named postseason MVP of the Yankees. With 1.2 million Instagram followers, this baseball player is also a celebrated pop-culture icon.

All the information you need to fire-up your next celebrity endorsement is right here on Talent Connect. We’re the experts in connecting brands with high-profile figures like Giancarlo Stanton. Our team is not a direct representative of the personalities in our growing roster, but we have all the contact information necessary to get you in touch with Giancarlo Stanton’s agent of Giancarlo Stanton’s manager. Athlete endorsers are among the top choices when it comes to building brand visibility and we can help you make the connection! 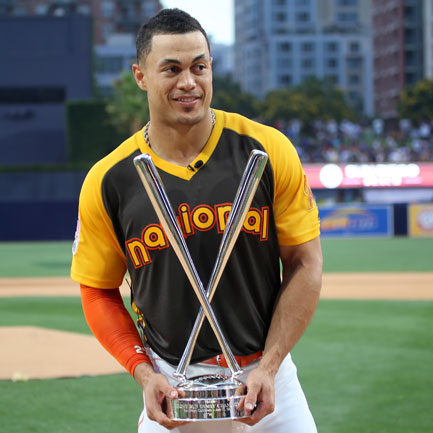 Giancarlo Stanton was born on November 8, 1989, in Panorama City, California. Aside from baseball, he also excelled in football and basketball when he was in high school. After graduation, he was immediately selected by the Florida Marlins during the 2007 MLB Draft.

While in the minor league, he first played for the “Gulf Coast League Marlins” and quickly climbed up the ladder until he was promoted to the “Jacksonville Suns” of the Class AA Southern League. With an impressive batting average of .478, he was declared by “Baseball America” as the #1 prospect in the Marlins system.

In June 2010, Giancarlo made his Major League Baseball debut and became the 3rd youngest player in the history of the Florida Marlins. During the rookie season, his home runs averaged 399.6 feet in distance and a speed of 104.3 MPH. Baseball America and Topps Major League rookie All-Star Team both named him a top outfielder that year.

In 2012, Giancarlo hit the fastest grand slam since ESPN’s Home Run Tracker. It travelled 462 feet with an off-bat speed of 122.4 MPH. After hitting his 100th career home run in 2013, he became the 9th fastest player in history to achieve that milestone.

2015 saw Giancarlo continuously setting countless extraordinary records on the field. Stanton became the all-time home run leader of the Marlins after hitting his 155th career home run that year. Just a month leader, he hit the longest home run in Citi Field history with a record of 466 feet. It was clear that nothing could slow this MLB player down.

Despite sustaining injuries throughout his career, Giancarlo just came back stronger each time. He was recognized as the most outstanding offensive performer of the National League in 2017 and was therefore given the “Hank Aaron Award”. That same year, he was named the National League’s Most Valuable Player. By the time his MVP season ended, Giancarlo had already set 10 historic Marlin Records including most career home runs at 267. No one could deny that he was setting the bar high in baseball.

After a high-profile trade that made headlines everywhere, Stanton began playing for the New York Yankees in 2018. For the 4th time in his career, he finished the season as the player with the highest exit velocity in the major leagues at 121.7 miles per hour. 2020 proved to be yet another year of Giancarlo solidifying his iconic stature as he was named the Yankees’ MVP of the postseason.

How can I book Giancarlo Stanton?

With our vast database of celebrity contacts, Talent Connect is your go-to source for bookings. Assisting brands to connect with professional athletes, like Giancarlo Stanton, is our expertise. Whether it’s for media appearances, brand endorsements, speaking engagements, corporate events, or private parties we’ve got you covered. Contact Talent Connect to know more.

How can I get in touch with Giancarlo Stanton for media inquiries?

Getting in touch with professional baseball players for media inquiries is easy with Talent Connect. With the help of our team, you never need to worry about communication gaps. As a reliable source with a wide network of industry contacts, we can quickly connect you with Giancarlo Stanton’s agent or Giancarlo Stanton’s manager. To start booking Giancarlo Stanton for a wide variety of media appearances, like virtual events, podcasts, TV appearances, and magazine feature articles, please get in touch.

The management teams of professional athletes are most responsive when you’re backed up by an esteemed source. Our team’s up-to-date contact information is all you need for your celebrity endorsement plans to run smoothly. To ensure a booking process free of obstacles and delays, reach out to Talent Connect.

What is Giancarlo Stanton’s booking fee?

Just like most professional baseball players, Giancarlo Stanton’s booking price depends on factors such as:

In addition to the flat booking fee, there might also be other costs that would need to be accounted for as well. These include travel expenses, hotel accommodations, and transportation for in-person events. To know more about Giancarlo Stanton’s booking price and contact info, get in touch with Talent Connect!