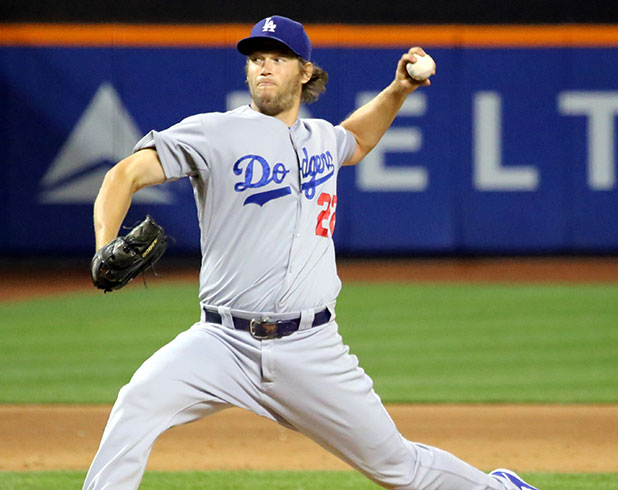 A highly influential athlete such as Clayton Kershaw can help increase brand awareness and brand equity for your business. Clayton Kershaw, also known as “The Claw”, is one of the best professional pitchers of our time. He is an 8-time MLB All-Star and a 3-time winner of the NL Cy Young Award. Along with millions of fans across the country, Clayton Kershaw also has over 400,000 social media followers, making him the top choice for your next campaign.

If you’re looking to connect with Clayton Kershaw, Talent Connect is here to help! We are passionate about connecting influential personalities for media opportunities from businesses or organizations. Even though we do not directly represent the celebrities, athletes, or influencers in our ever-growing pool of contacts, we have the expertise to assist you in effectively connecting with Clayton Kershaw’s agent or Clayton Kershaw’s manager. With our dedicated service, you’ll be able to successfully promote your business through well-known athletes like Clayton Kershaw. 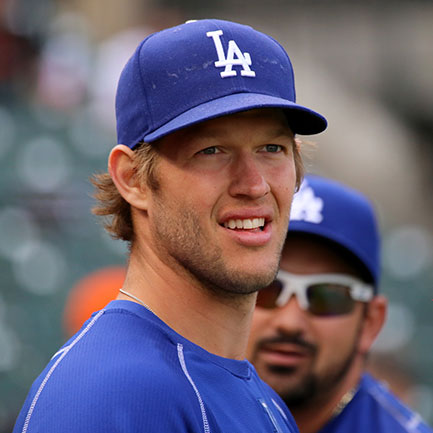 Clayton Kershaw was born on March 19, 1988, in Dallas, Texas, United States. As a child, his interest in the sport started when he played in Little League Baseball; then again for his high school team at Highland Park High School where he was selected as “High School Baseball Player of the Year” by USA Today. With his hardwork and talent, he was able to establish himself as an elite high school prospect by 2006.

As Kershaw entered the 2006 MLB Draft, he was selected as seventh overall by the Los Angeles Dodgers, the team that he still plays for to this day. In 2007, Kershaw was selected to play in the Midwest League All-Star Game as well as in the All-Star Futures Game, an annual exhibition game hosted by the MLB wherein a team of minor league baseball prospects plays against a team of prospects from other countries.

The following year, Clayton Kershaw was added to the active roster of the Los Angeles Dodgers. He played his debut game on May 25, 2008 – at that point, he was the youngest player in MLB. In 2009, he became the youngest Dodger to ever strikeout 13 or more batters within a game. Kershaw also walked 91 batters which was then the second-most in the entire National League. Kershaw continues to show passion and excellence in the sport and in every season he plays.

In 2017, he made his first World Series appearance, starting the opening game for the LA Dodgers where he had 11 strikeouts – the third-most ever by a Dodgers pitcher. He made another memorable World Series appearance the following year, making two starts for the Los Angeles Dodgers against the Boston Red Sox. Clayton Kershaw is truly one of the most committed and best baseball players of our time.

How can I book Clayton Kershaw?

Talent Connect is a premier talent booking agency that ensures seamless and effective celebrity bookings for various kinds of engagements – whether it’s for media appearances, brand endorsements, corporate events, private parties, speaking engagements, and more. If you would like to book Clayton Kershaw, one of the most notable professional baseball pitchers of our time, our team can assist you with that!

How can I get in touch with Clayton Kershaw for media inquiries?

Most of the time, top athletes like Clayton Kershaw are open to considering various types of media requests. However, the main challenge faced is communication gaps such as unintentionally overlooked messages, outdated contact information, and so on. With Talent Connect’s help, we will help you effectively connect with top celebrity athletes like Clayton Kershaw for virtual events, podcasts, TV appearances, magazine feature articles, and more.

Generally, the management or agency of high-profile athletes like Clayton Kershaw are receptive to opportunities coming from businesses and organizations. However, being able to reach the right person can be challenging. Busy schedules, flooded or ineffective messaging channels are just a few examples of gaps that one might face. If you need to contact Clayton Kershaw’s manager or Clayton Kershaw’s agent, we can help you with that.

What is Clayton Kershaw’s booking fee?

The booking fee for top athletes like Clayton Kershaw is determined by a number of factors, such as:

Additional costs may not be included in the booking’s flat rate, such as travel expenses and hotel accommodations for in-person events. To learn more about Clayton Kershaw’s booking fee, please contact us.