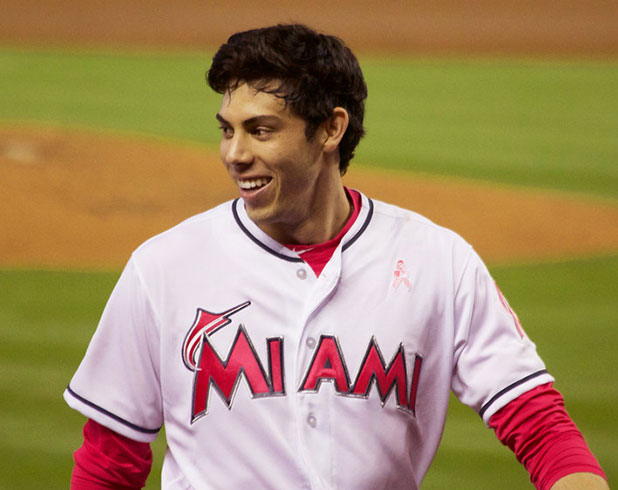 A well-known and highly respected athlete like Christian Yelich can help in effectively increasing brand awareness and brand equity for your business. Christian Yelich, fondly nicknamed “Yeli”  is one of the most celebrated professional outfielders in modern baseball. Since his MLB debut in 2013, he has won one Gold Glove Award, two Silver Slugger Awards, and the NL MVP Award. It’s no surprise that he has countless fans and over 550,000 social media followers, making him the perfect brand ambassador for your next campaign.

If you are looking to contact Christian Yelich, we’re here to help! Talent Connect is a premier talent booking agency that is passionate about building connections. Although we do not directly represent our celebrity contacts, our vast network and experience can help you get in touch with Christian Yelich’s agent or manager. Through our dedicated, hands-on services, you will be able to promote your business like never before! 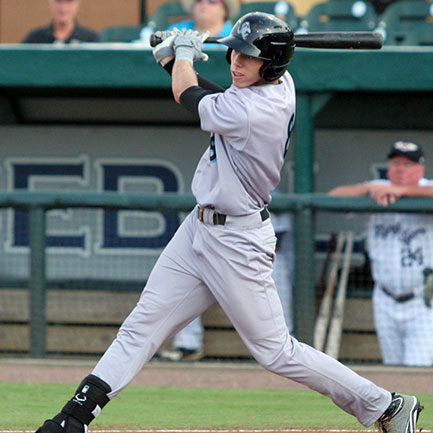 Christian Yelich was born on December 5, 1991, in Thousand Oaks, California, United States. He attended Westlake High School where he played for the school’s baseball team. He had impressive stats all through his freshman to senior-year seasons and because of this, was ranked at number 34 among the top 100 high school baseball players in the nation. After graduating, he accepted a scholarship from the University of Miami to play college baseball for the Miami Hurricanes.

In the 2010 MLB Draft, Yelich was the 23rd overall selection by the Miami Marlins. Yelich initially played six games for the Gulf Coast League Marlins, a rookie-level minor league affiliated with the Miami Marlins. After getting nine hits and seven strikeouts with a batting average of .375, he was advanced to Class-A. In 2011 and 2012 Yelich was named Marlins’ Minor League Player of the Year. Shortly after, in July 2013, Yelich was promoted to the MLB from the Jacksonville Suns.

In 2014, Yelich won a Gold Glove Award, an award given to players in the MLB who have superior individual fielding performances. Yelich was the youngest player and the very first outfielder in the franchise to have won this award. In 2016, Yelich won the Silver Slugger Award, which is given to the best offensive players in both the American League and National League. That same year, in a game against the San Francisco Giants, Yelich hit three doubles which tied with the franchise record. Even though there were some injuries sustained along the way, Yelich proved to be an exemplary athlete who can easily bounce back and help the team move towards numerous victories.

In 2018, Yelich was traded to the Milwaukee Brewers for Isan Diaz, Lewis Brinson, Monte Harrison, and Jordan Yamamoto. Soon after, Yelich was named to the 2018 MLB All-Star Game after 11 home runs, 11 stolen bases, and batting .285. Later that year, Yelich was announced as the recipient of the annual Hank Aaron Award, an award given to top hitters in each league. Yelich also won the Silver Slugger Award for the second time in 2018 and the National League’s Most Valuable Player Award. It was definitely a big year for this outstanding athlete! In the following year, Yelich won the Hank Aaron Award for the second time, a testament to the athlete’s consistent excellence.

Yelich continues to play for the Milwaukee Brewers to this day and unfailingly exhibits unparalleled skill and dedication to the sport. With countless fans and over half a million social media followers, many await what victories and accomplishments are next for this excellent baseball player.

How can I book Christian Yelich?

Talent Connect can quickly and efficiently connect you with top athletes like Christian Yelich in order to book him for a wide variety of engagements such as media appearances, brand endorsements, corporate events, private parties, and speaking engagements. If you are looking to book Christian Yelich, one of the most successful outfielders in the world, we can help you with that!

How can I get in touch with Christian Yelich for media inquiries?

Connecting with top celebrity athletes for media inquiries can pose a number of communication challenges. From outdated or false contact information to ineffective or flooded messaging channels, busy schedules, overlooked messages, and more. In fact, most celebrity athletes are open to considering media inquiries if they are aware of it, so, we’re here to make sure that connection is established through the help of our industry contacts. Book Christian Yelich for virtual events, podcasts, TV appearances, and more!

Typically, the management of high-profile athletes like Christian Yelich are receptive to opportunities from businesses and organizations. Depending on their current direction, Christian Yelich’s agent or Christian Yelich’s manager may even be looking for more endorsements or media appearances for their celebrity athlete.

If you need to contact Christian Yelich’s management our experienced team can do the work for you. Avoid various communication blocks by choosing a booking agency like Talent Connect; our vast pool of up-to-date contacts will allow us to help make the connection you’re looking for.

What is Christian Yelich’s booking fee?

Similar to other top talent, Christian Yelich’s booking price depends on various factors such as:

There may be extra costs depending on the nature of your engagement. For example, for an in-person event may incur extra travel costs and hotel accommodations. To learn more about Christian Yelich’s booking fee, reach out to our team.